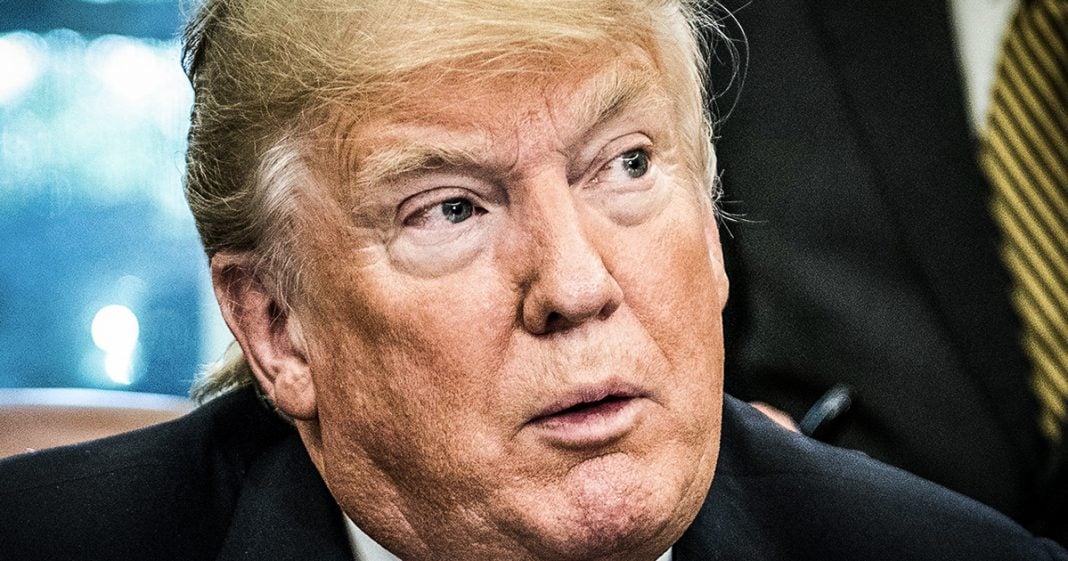 Donald Trump’s trade wars are costing the United States an average of $3 billion per month, according to a new analysis. This new information runs contrary to Trump’s claims that his trade wars are great for the country and that the United States is winning. The truth is that the public is paying a high cost for these trade wars and it doesn’t look like any good is going to come of it. Ring of Fire’s Farron Cousins discusses this.

According to leading economists, the United States is losing roughly $3 billion per month thanks to Donald Trump’s trade wars. Now, if you’ll remember, Donald Trump told us that these trade wars are having a huge economic impact in a negative way on China, not here in the u s but on China. You know, they’re the ones who are suffering. They’re the ones who all, we’re desperate to make a deal now because you’re terrorists are killing us and we can’t sell our goods in the United States. But it turns out that was a lie. China’s still sell him plenty of goods here in the United States without a problem at all. That $3 billion that these trade wars are costing us are in the higher taxes and higher product pricing that we as consumers are now having to pay because of the tariffs. We’re the ones who pay the cost, not China, but dumb ass.

Donald Trump doesn’t understand economics enough to understand that we’re the ones bearing the burden here on top of the $3 billion in additional costs were paying every single month. There is also 1.4 billion in lost goods. So that’s another one point $4 billion we’re losing per month. The last goods obviously are the agriculture, uh, goods that are not being sold to China now because of the tariffs. So we can’t sell those goods. So we lose 1.4 billion on that. We’re still buying their goods. So we’re just paying an extra 3 billion. So roughly four and a half billion dollars every single month because of the decisions of one man. This is 100% on Donald Trump. He made the decision to do this. He made the decision, I guess all the way back in school to not learn basic economics of how tariffs work. And now we’re the ones suffering to the tune of several billion dollars every 30 days.

This madness has got to stop. And the worst part is he tells us what we’re working on a deal. You know, things are gonna get better and we’re going to come out ahead. No, we’re not. We will never get back the money that we have lost. We will never get back the extra money that we have spent and all of those crops that we now have sending rotting in silos, those aren’t going to be sold. You’re not even doling out the bailouts you promised farmers they’re going under at an astronomical rate, not seen in the last decade or more, but you don’t care because you’re only looking at it in terms of who’s going to win and who’s going to lose. I’m going to win because I created a problem where one didn’t exist. Then I’m going to claim I solved it even though literally nothing will change and then I’m going to take credit for ending a trade war. That’s what’s going to happen because everybody, again, please understand there there was no crisis here. Yeah, there were issues that could have easily been worked out probably over a dinner, maybe even over email, because that’s how insignificant they were, but Trump chose to go down this path and he went down this path by himself. He didn’t have Republicans have in to pass legislation. This was him, and he is the one costing us four and a half billion dollars every single month. Again, because he’s not smart enough to understand how basic economics works.