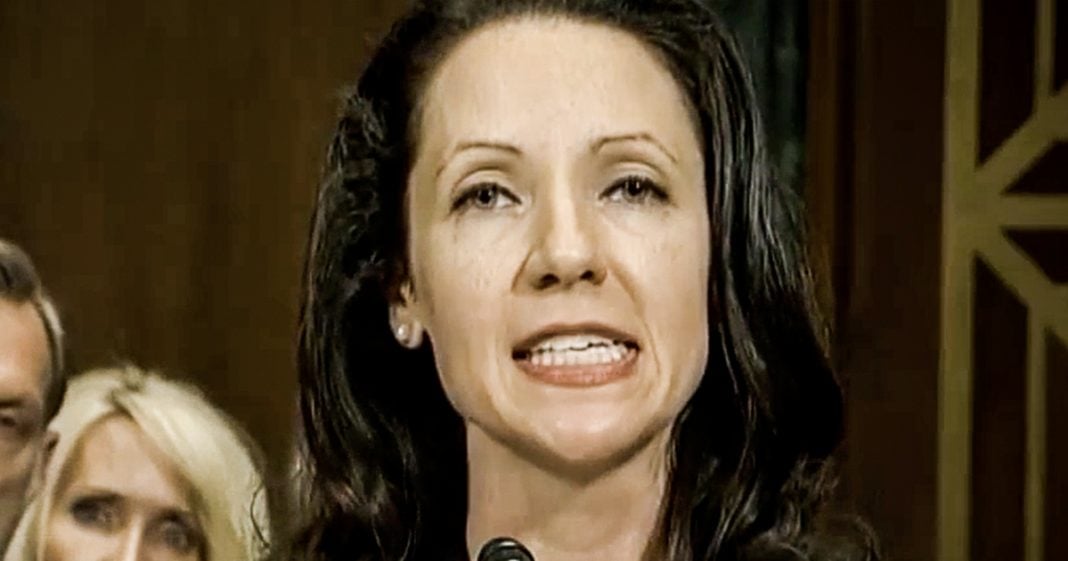 Control of Congress and the White House ebbs and flows – every two years the balance of power can shift in DC. The real threat comes from the Judicial Branch of government, where most appointed judges are serving lifetime appointments. And the Republicans, with the help of Trump, have remade the entire court system, and their scheme this time around is far more sinister than it has been in the past. Ring of Fire’s Farron Cousinsexplains what’s happening.

So far, the most compelling thing that any of the 2020 Democrats have said, the ones who are running for president actually came from Democrat progressive millennial Pete Buttigieg, who said, Democrats, basically, I’m paraphrasing here, need to do something about Republican court packing and probably need to start doing it themselves next time they get power. Again, that’s not an exact quote. That is paraphrasing what Buttigieg, excuse me, told us we need to be concerned about. I have not heard any other Democrat ever say that. Not just in this cycle, but in my lifetime, a Democrat who actually understands that Republicans for decades now, ever since the Powell memo had been packing the courts with right wing ideologues and that Democrats need to fight fire with fire. And it’s not a political issue. It’s to protect American consumers Buttigieg gets it in a way that I have not seen any other Democrat ever get it.

And the reason I bring that up is because this week the Republicans in the Senate, uh, confirmed another Trump judicial nominee and she happens to be 37 years old. Now, I’m not saying that because she’s 37, she is on qualified, that this does not mean that at all. What it means is that, uh, this woman Alison Jones rushing probably has a good 40 years, 50 if she takes good care of herself, that she gets to now sit on a federal bench 40 to 50 years determining which policies are okay and which ones are not. This is the pattern that we’ve started to see from Donald Trump himself. Um, nominees, uh, other ones that are actually up this week to a 40 years old, 46 years old. So again, good, 30 years of peace from them, if not more.

Yeah, the, the Republican court packing is getting a little bit more sinister and this is what we’ve started to see under Donald Trump who is a appointed and gotten confirmed an astronomical amount of judges enough to completely remake the judiciary, uh, here in the United States. And I’m not just talking about the supreme court, listen to this.

The Supreme Court. Here’s only about 100 to 150 appeals from the more than 7,000 cases that come before the nation’s 13 circuit courts each year. So 7,000 cases each year decided at the circuit level, maybe on a good year, 150 of those get to the Supreme Court where they actually get heard. The rest of them, the 6,850 cases, they’re done at the circuit level. So whatever these circuit judges said, that’s the end ladies and gentlemen. So you tell me which witch court systems more important. The one that here’s a hundred or a 150 but they can’t be overturned or the one that decides 6,850 but some of those may make it to the supreme court. I’m going to go with the district courts, but the Democratic Party for far too long hasn’t been acting like these courts matter. The only thing that matters is that supreme court, and again, yeah, those can’t be overturned until uh, later supreme court comes along and overturns them.

But right now, one in six people, one out of every six sitting on a circuit court here in the United States is a Trump appointee, one out of every six, and he ain’t even done yet. Folks, this is going to get so much worse. And if this pattern continues as he nominates younger and younger people, we’re going to see the court system remade for generations, not just the generation generations power in Congress, even power in the White House that has the potential to t to change every two to four years. It frequently does back and forth and back and forth. The court system, you pack that with right wing ideologues. That’s not changing for another 40 years. It’s time to start paying attention and to start treating these lower courts where most legislation is settled as equally as important, not just as the supreme court, but as the house, the Senate and the presidency. Because in reality, these courts probably more important than any one of those branches of government.