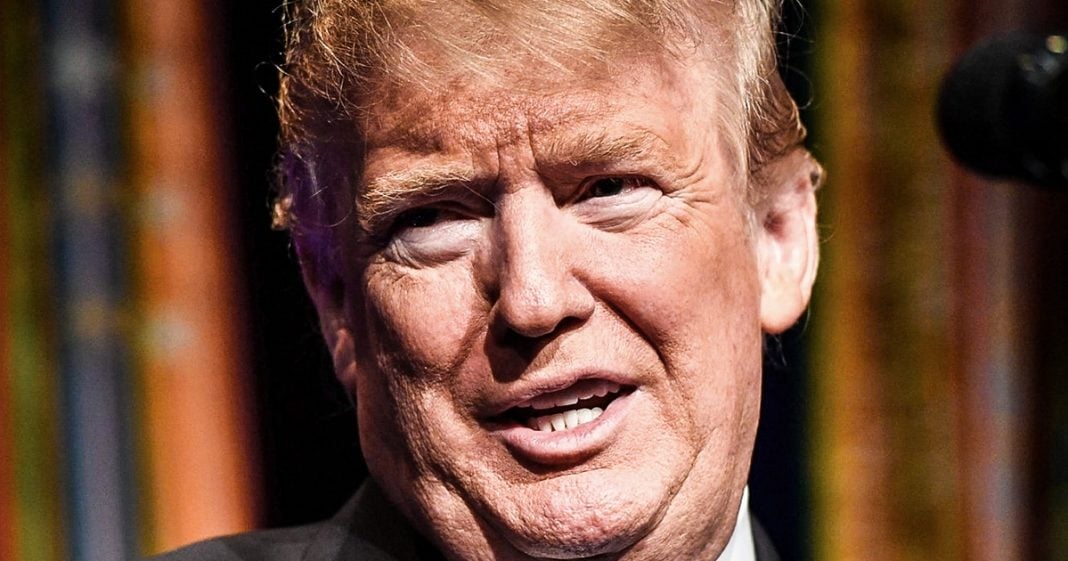 Donald Trump has fired back at his intelligence officials and the military officials that he loves to ignore saying that they just don’t understand how “business” works. Trump thinks that everything can be viewed through the lens of dollars and cents, and that is a very dangerous way to view the world. The government cannot be run like a business, and Ring of Fire’s Farron Cousins explains why.

Donald Trump is mad at his generals and his intelligence officials and he’s mad at them because as he’s said, they just don’t understand business. You see those pesky generals and intelligence officials. They want to come into his office every day and talk about real threats that the United States is facing. Cybersecurity threats from North Korea and China are at the very top of the list right now. As new reports have shown us over the last few days, those are things we need to be dealing with immediately, but Trump doesn’t care. Why are these people talking to me about money? Why don’t they understand business? Donald Trump has a very real problem. Donald Trump has a lot of very real problems that need to be addressed, but first and foremost is what he’s doing to the national security of us here in the United States. He can only see things in dollars and cents. That’s all he’s ever seen his entire life.

There’s not people, there’s not issues. There’s money and not money. That’s all the man knows. That’s all he knows how to care about and now he’s pissed off because his generals and his intelligence officials are trying to talk to them about real things that don’t happen to involve money and he thinks they don’t get it. He doesn’t understand how to be the president of the United States. He is not intelligent enough to be able to think of other things that aren’t money. This is a threat to our national security and he has the audacity to criticize the others who are telling him that he needs to focus on these things by telling them will you just don’t understand business. For the millionth time, it was a stupid idea to ever suggest to run the government like a business, but that talking point really emerged and took hold when Mitt Romney was running for president.

That’s what Republicans told us we had to do, run the government like a business and they’ve been doing that for two years now and unfortunately they put, let’s be honest, one of the worst businessmen in the United States in that role as CEO, slash, president, and it’s not going very well. We’ve lost the trade wars. We’re doing nothing about our cyber security here in the United States, both just cybersecurity in general and election cybersecurity. We’re losing our standing as a global leader according to the latest polls. Nobody around the world views us as a leader anymore. Germany’s actually taken over that title. As the global leader, we’re losing on the environment. We’re losing on everything else. Why? Because Trump only wants to focus on the money, and that happens to be a very small part of being president. In fact, it’s Congress’s job to worry about the money.

It’s the president’s job to worry about the safety and wellbeing of every citizen in this country, but he doesn’t want to do that because he’s never had to care about another human being for the rest of his life, for the first part of his life, the pre presidential years, he won’t have to care about him after he leaves. This is a true sociopath. No empathy for any other human being. No connections really with any other human being doesn’t care about anything or anyone other than himself and his bank account. That makes for a pretty crappy president, and that also helps explain why things had been so bad for the last two years.