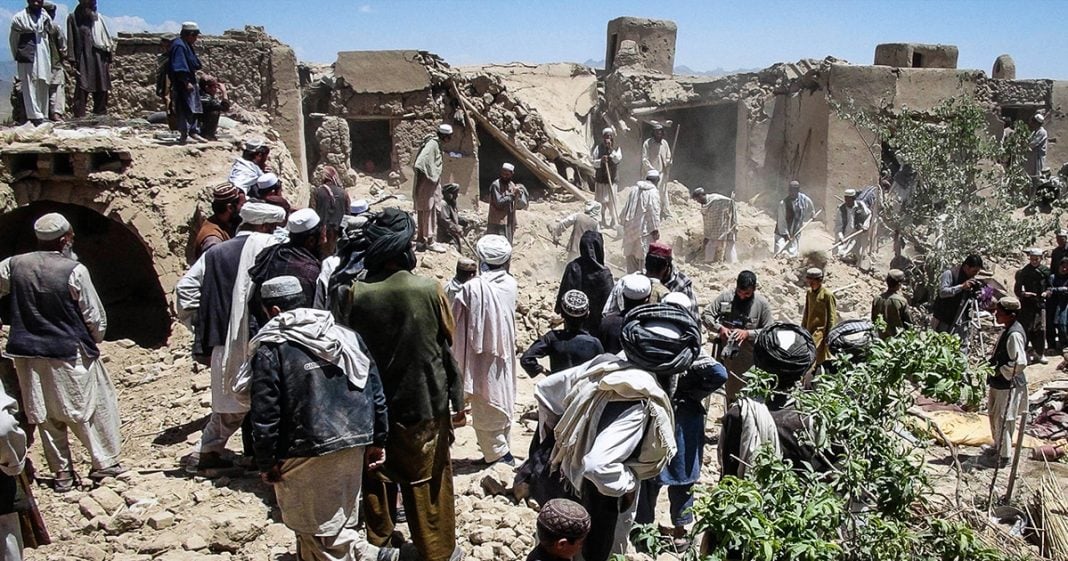 According to new reports, the US hit a new milestone in 2018 by killing more civilians than ever in Afghanistan. The so-called “War on Terror” has actually been ramping up in recent years, with more and more bombs being dropped by the US in the Middle East, resulting in thousands of unnecessary deaths each year. We have no strategy to “win” this conflict, and we have no strategy on how to get out, which puts us in a deadly situation. Ring of Fire’s Farron Cousins discusses this.

According to new data released by the United Nations earlier this week, uh, civilian deaths at the hands of U.S. Bombs in the year 2018 actually increased 11% over civilian deaths from 2017 to a grand total of 3,804 civilians killed by American weapons, dropped by Americans in Afghanistan in 2018 3,804 innocent people going about their daily lives murdered through our endless war on terror. 927 of those, according to the UN report, we’re children almost 1000 of the 3,800 so we’re talking 25% of the civilians that we, the United States killed in Afghanistan in 2018 we’re kids. You know, right now there is a lot of discussion finally about the US role in supporting what’s happening in Yemen. You know, in Yemen where we have Saudi Arabia using US weapons to kill children and civilians and we’re speaking out against it. Finally, we’ve got members of Congress who are speaking out about it, but we’ve got to deal with our own issues too. It’s not just that we’re aiding what’s happening in Yemen. We’re actively doing the same thing in Afghanistan right now ,and it’s technically getting worse.

We’re dropping more bombs, we’re killing more civilians. We have become merchants of death to a degree that even the most ardent military industrial complex victims couldn’t have imagined. Things are getting so much worse than there is zero sign that it is going to get any better because we have a president right now, Donald Trump’s surrounded by war hawks surrounded by people who think the best way to go about any kind of foreign policy is just to go drop some bombs on somebody and that is what we are still doing in Afghanistan and nobody quite knows why anymore, but the killing hasn’t stopped.

We’re doing it every day, every single day. It’s happening overseas in a war that most people assume in did years ago, but the truth is it never stopped. And as long as the current people in DC or in power, it’s not going to stop. We need a complete overhaul of leadership right now in order to make the killing stop 3,804 people in 2018 we’re just going about their daily lives and one day without them expecting it, without them knowing it was coming. They were killed by US weapons launched by the United States, and they did nothing wrong. This has to change, but again, it’s not going to change as long as you got Donald Trump and his war hawk, Republican buddies calling the shots in Washington DC.