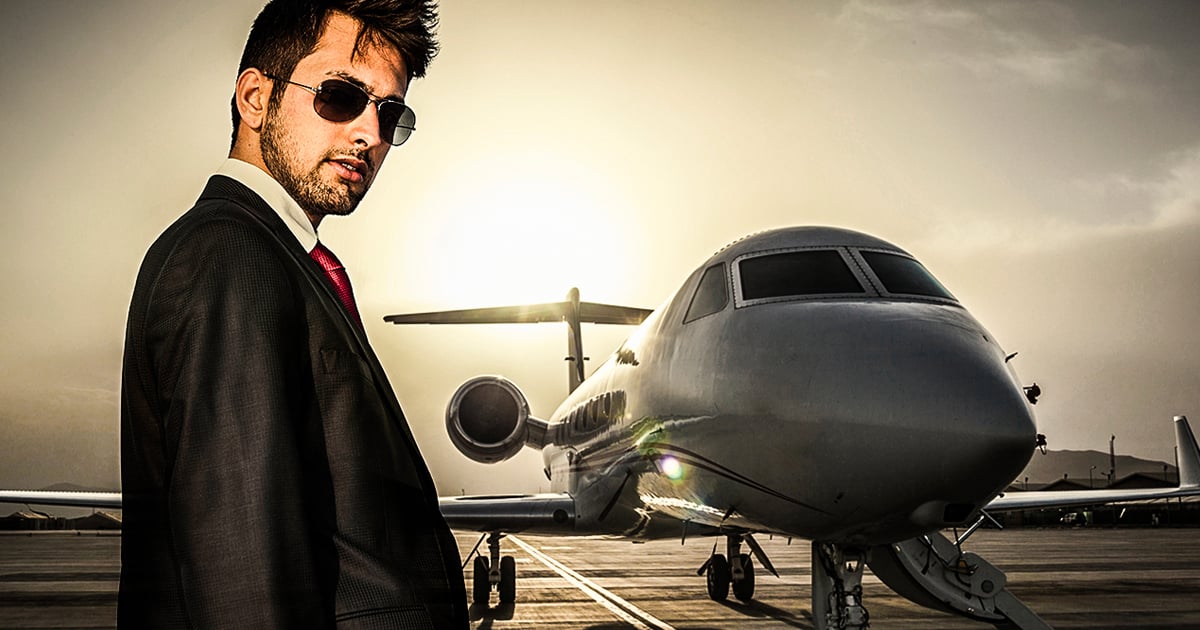 More and more members of the top 1% are purchasing private jets thanks to an obscure loophole that allows wealthy jerks to write off the purchase of a private jet. This was by design – Republicans wanted to reward the wealthy elite who have helped them maintain their positions of power even though the public despises them. Ring of Fire’s Farron Cousins discusses this.

One of the things about the Republican tax cut package that passed at the end of 2017 that just continues to infuriate me every time I see it in a headline is the fact that the wealthy elite get to write off the cost of a private jet. Now I know everybody’s heard me talk about this a lot and I’m sorry, but I’m going to continue talking about it at least until 2027 when that particular tax cut expires. But seriously wrap your heads around this folks, if you or someone you love has enough money to purchase a private jet, they get to write off that costs upfront in their taxes, the whole thing. They get to write off the maintenance after that, they get to ride off the service and maybe you’re not wealthy enough to just have your own private jet, so you do it a timeshare, a leasing option with a couple other companies and you share the time with it.

You get to write that off to basically, if you have enough money to where you don’t have to fly commercial, that is 100% a tax write off and one of the things we have not yet necessarily dived into is why this particular loop hole was in that tax bill to begin with. Honestly, think about it. It makes no sense, right? Why in the largest tax code overhaul in a generation did they randomly decide, you know what? Let’s also let people write off the whole cost of a private jet. We’ll see. Here’s the thing. It wasn’t random. It wasn’t just some accident. It wasn’t just, oops, this could be interpreted. No, no, no, no. The language is very clear and it’s very clear for a reason. This entire tax package was a giveaway to the wealthy donors that keep the Republicans in power, and that’s a statement in and of itself that needs to be further examined as well because think about it.

Republican policies, which really don’t exist beyond deregulation and tax cuts, they’re hugely unpopular with the American public. The majority of people in this country, regardless of political affiliation, support, progressive policies, medicare for all green, new deal, action on climate change, $15 minimum wage debt free college, everything, smart regulations that’s supported by a majority of people in this country. Yet Republicans routinely tell us they’re not going to do any of this. They hate it. They think it’s stupid. So how do these idiot stay in power because of the billions upon billions of dollars that they receive during election cycles so that they can win so that they can run disinformation campaigns against their opponents and then go to DC and do nothing but deregulate and cut taxes, deregulate and cut taxes like clockwork. And so now they had to pay back their wealthy donors in a tax cut in and of itself is not enough.

You got to give a more, you know, they’ve got to have a little bit more incentive other than just all pay less in taxes. But come on, I got other big expenses I want to ride off. And that’s where this private jet tax write off idea came from. And again, that is in effect until 2027 so at least for the next eight, nine years, if you’re a member of the top 1% and you want to buy a private jet, you get to write off 100% of that. Meanwhile, as reports continue to show the rest of us, the working class folk, we’re paying more in taxes so that the wealthy elite can have their free private jets and Republicans did this because if it wasn’t for that top 1% money coming into their campaigns, they’d never win another election for the rest of their existence.