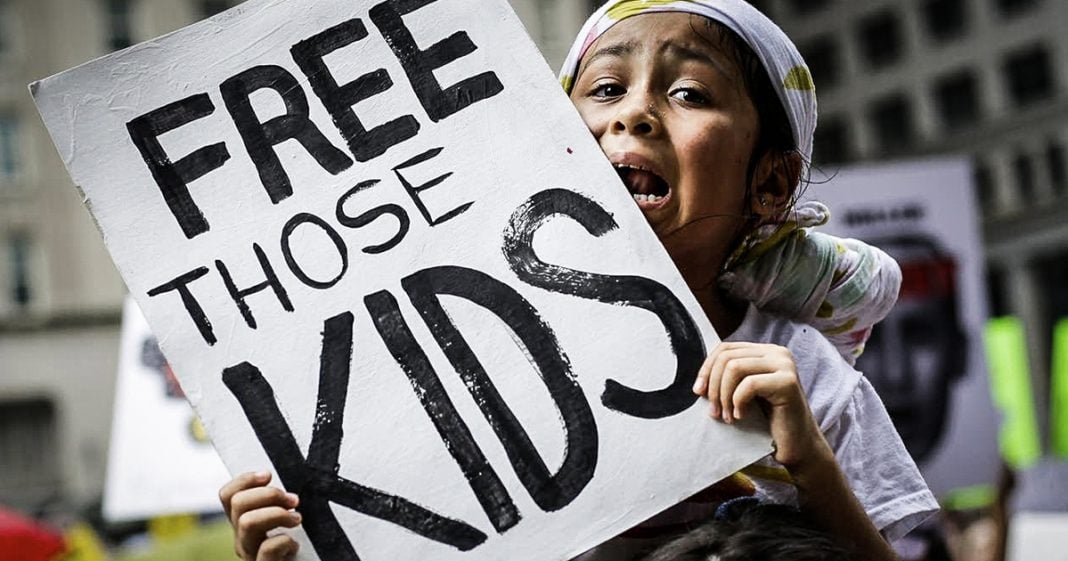 New documents have been released by the Department of Health and Human Services detailing more than 4,500 complaints lodged by accompanied migrant minors in US custody alleging that they had been sexually abused while in custody. This abuse took place between 2014 and 2018, meaning that it stretched over two administrations with roughly 1,000 complaints per year. Most of these accounts were of minor-on-minor abuse, but nearly 200 were instances of staff-on-minor abuse. Ring of Fire’s Farron Cousins discusses this.

According to new documents that have been released by the Department of Health and human services over the last five years. There have been more than 4,500 complaints lodged by juveniles who were in detention facilities because they’re unaccompanied minors, over 4,500 complaints of sexual assault by these people that were holding indefinitely and these detention centers along our borders. And that’s actually just from the Department of Health and Human Services. The DOJ has an additional 1,303 complaints to add on top of the 4,500 bringing our grand total to 5,803 at the very least complaints of sexual assault happening to minors imprisoned along our border. All of these are migrants. Most of them came across the border as unaccompanied children and according to the documents, most of the abuse has taken place at the hands of other people in the detention facility, other detainees, but it’s the 178 incidents that happen to children at the hands of the guards.

That is the most infuriating because yes, the document spell out very clearly 178 instances that were reported of sexual assault on these children happened at the hands of the people running those detention facilities, either US government contractors or civil servants working for the u s government allegations include grape inappropriate sexual touching, forcing detainees, children again, by the way, to watch pornographic videos and the list goes on and on and it gets more disgusting as time goes on. But we do have a very real crisis down there at our southern border right now, but it’s not the number of people coming across. It’s what’s happening to these children once we go and lock them in cages because one, the guards aren’t doing a good enough job of preventing sexual assault from happening, detainee on detaining any sexual assault and two, even worse, sometimes the guards are doing it themselves.

This is a crisis. This is you, a humanitarian crisis created by the government itself and, and let’s be 100% honest here. As I said, this has been going on for five years and yes it is getting worse. The number of complaints is increasing, but these complaints started back in 2014 when Donald Trump was not yet president. This started under Obama and if you want full accountability than he is a part of that and that may be hard for some Democrats to digest, but that is the God’s honest truth. This did happen under his watch. He was separating families and it went ignored and I’ll be the first to admit that we didn’t talk about it at the time. We didn’t know about it at the time. Maybe that’s our fault, maybe it’s the media’s fault. I do take responsibility for not talking about it and I wish we had.

I wish we had known about it, but that’s my failure for not knowing and I’m not going to make excuses for that, but I’m damn sure going to make a point of it now because this has been going on for over five years. We’re destroying the lives of these children who are coming over to the United States to flee the very things that are happening to them while they’re locked in these us detention facilities all along the border. And yes, the numbers are worse under Trump and they’re getting worse each year. I guarantee you they will be worse than 2019 then they were in 2018 but something has to be done and nobody in DC is going to do anything. We require you in help to step in and fix the problems that we ourselves have created. Otherwise, these kids don’t stand a chance.