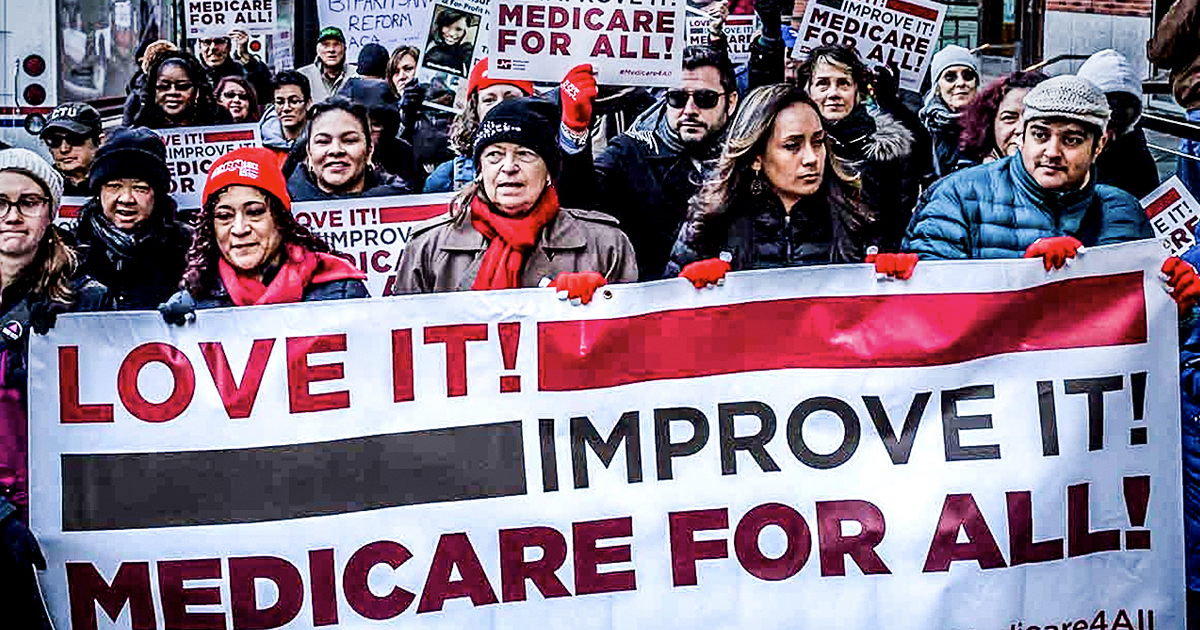 According to a new analysis, Medicare For All could end up saving citizens loads of cash on prescription drugs, as one of the most recent bills would require drug companies to negotiate with the government on drug prices. If they don’t want to play ball, then generic companies could be granted a waiver to create the drug at a lower cost, even before the patent runs out. Ring of Fire’s Farron Cousins explains how this would revolutionize healthcare in the United States.

For a long time. One of the things that we have discussed about the proposal of Medicare for All for people here in the United States is that if it doesn’t have price controls for Big Pharma than it may not necessarily do anything to solve our healthcare crisis here in the United States, but luckily we are the only ones who had that thought. Members of Congress understand that as well because it’s not enough to give people health insurance coverage. Yes, that is a huge part of the fight, but beyond that, even people with insurance coverage today are going into debt because of their medical bills and many of them still can’t even afford their prescription medications. But again, Congress is listening and luckily we don’t have a congress anymore that’s dumb. As a box of rocks, we actually have some really intelligent people. They’re crafting really intelligent legislation.

Specifically, I am talking about Democratic Representative Pramila Jayapal and my apologies if I’ve mispronounced that name, but either way, Ms Jayapal has come up with this Medicare for All legislation that not only would give Medicare for All, but it would require drug companies to negotiate prices with the Medicare program. That at that point would cover every single American citizen and it’s not just, okay, we’ll negotiate prices, we’ll get them down a little bit lower. What this legislation does, which is the most brilliant thing ever, is that it says, if you’re not going to negotiate with us, if you’re not going to get your price down to where we want it, guess what we’re going to do? We’re going to issue a waiver patent to a generic company to make your drug at the price that we want. Then you have no nothing you can do about it. We’re the government. We can change patents if it’s an emergency, which this is, so you’ll either be forced, Pfizer, mark, whoever you are to lower your costs to what we want it to be or your drugs aren’t going to be covered under the program anymore and nobody’s going to buy them. Then you lose all your money.

That’s what’s needed. That’s what’s been missing so far from at least the public conversations about this because again, Medicare for All, it’s only about half the battle. The other half is getting these prices down so that people with coverage can still afford them and that’s what this piece of legislation does and yes, it has a phenomenal chance of passing the house of Representatives. It has a 0% chance of passing the Senate because of the Republicans who don’t care if we have healthcare coverage, but this is the model folks, this piece of legislation that has been proposed, you find a link in the description of this video. Go check it out. This is what has to happen for me. This is the new bar. We raised the bar a little bit here, representative Jayapal dead, and if any subsequent Medicare for All legislation does not include this kind of price negotiation caveat, then it’s not good enough. This is the new bar. It has been set and it is one hell of a bar to cross, but we can do it. We just have to wait until we get the majority in the Senate, but once we do, the ball is already rolling. We see this happening. This is an inevitability here in the United States. It is going to eventually happen and hopefully it’s going to happen under this proposed model because that is the only way that even with insurance coverage, we would actually be able to pay for our healthcare that we receive.