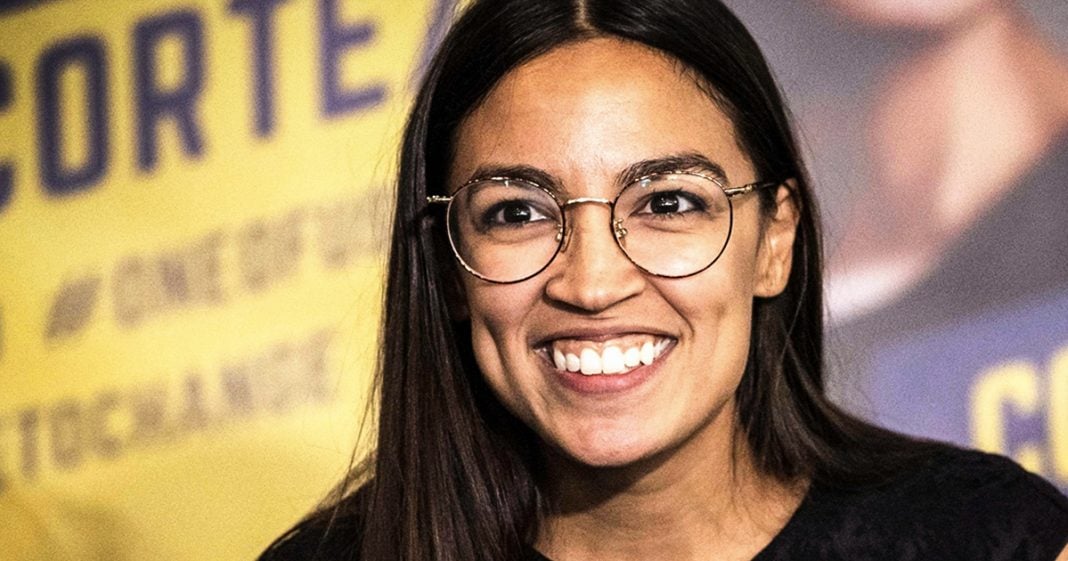 Republicans want us to believe that Democrats are all socialists, but in reality, the positions that the “far left” is currently pushing are supported by a majority of American voters, including Republicans, making these “socialists” the new center. Their ideas are mainstream, and more importantly, their ideas are desperately needed to help put this country on the right path. Ring of Fire’s Farron Cousins discusses this.

Even though we’re still a good year and a half away from the 2020 presidential election, Republicans are already trying to paint the entire Democratic Party, whether they’re a centrist corporatist or a full blown progressive. They’re trying to paint everybody on the left as some kind of socialist who hates the United States. It is pushing these insane policies that nobody agrees with. The only problem that Republicans are running into right now with that talking point that they’ve actually been using for decades is it the public doesn’t believe it because according to a new poll, the majority of people in the United States actually view these democratic positions that are so extreme that they’re borderline socialist. Um, they actually view those as mainstream according to new poles. Majority of people in this country believe that the Democratic Party represents mainstream America better and more accurately then the Republican Party does. And that’s across the board. That is on every single issue.

We’re talking environmental issues, reproductive rights, medicare for all living wages, fiscal issues, taxes. The public says the democratic views on these issues are the mainstream and we trust them more. This is very bad news for Republicans who want to paint anyone on the left side of the political spectrum as a socialist. Because as it turns out, the American people actually want these. So by going in and salting these issues that an overwhelming majority of people in this country, including Republicans, find popular. You’re insulting them as well. They want these things and they want politicians who are going to do these things and Republicans have no plants. And that’s the other side of this coin. You know, this wasn’t something that the poll talked about, you know, who do you trust more on this issue? Who Do you trust more in this issue? Most people said Democrats, but, but here’s the thing.

They didn’t go into it and ask the followup question for the people who said, I think Republicans are better than what’s the Republican’s plan? That’s the second part of the question that should have been asked. Tell me what the Republican’s plan is. What is it to block the Democrats plan? Well, that’s not a plan. That’s just obstruction. What do Republicans have to offer the American public hate fear division? Tax cuts for the wealthy deregulation. There’s literally nothing else folks. That is it. That is all the Republican Party stands for and I think more and more people in this country are actually starting to wake up and realize that that even though we went through two solid years of complete Republican rule, uh, including the majority of states in the United States, nothing changed. Nothing got done because they have no ideas. They only did two things. They cut taxes for the wealthy and they cut regulations for corporations.

They didn’t pass a single thing that benefited people in the United States that we’re not super rich. They have no plans. And that’s why people are starting to be drawn more to the Democratic Party because for the first time in a very long time, the Democratic Party is putting out ideas. They’re putting out plans. Some are better than others, but they’re all putting out plans. The 2020 election is not going to be pretty. The Democratic primaries are not going to be pretty. But the one glimmer of hope is that everybody who said, I’m running for president in 2020 on the democratic side, they at least are all putting forth ideas and every one of them has at least one good idea, which is more than we can say about our crop of candidates in the past elections.