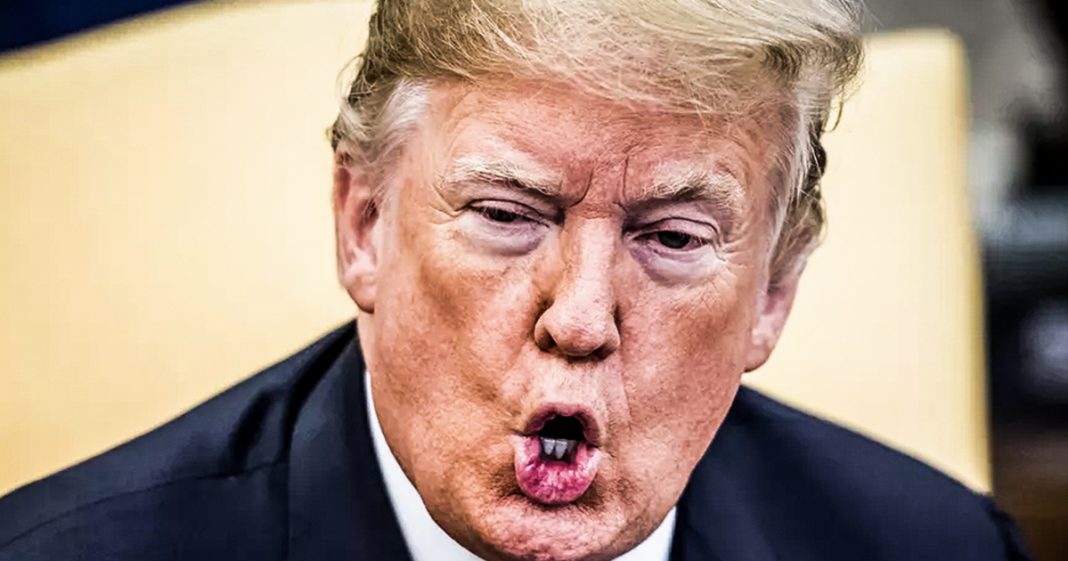 Donald Trump has never been much of a listener, and that horrendous trait is scaring the hell out of his intelligence chiefs. Reports suggest that his intel chiefs are growing more and more concerned over his refusal to pay attention during briefings, so they are trying to make their reports more colorful with more pictures and graphs in an effort to hold the President’s attention for just a few seconds longer. Ring of Fire’s Farron Cousins explains what’s happening.

Donald Trump hates intelligence. He hates intelligent people. He hates science. He hates anything that makes him feel like he doesn’t know everything on the planet. And he also, according to officials in the White House, hates his intelligence briefings. According to a new report, Donald Trump’s intel chiefs, the people who compile this daily intelligence briefing that the president is supposed to be reading, they have had to resort to putting in even more charts and graphs and other visual aids because they can’t hold the president’s attention long enough during these meetings, which by the way, Donald Trump has already cut down on these meetings. And when he first took office, he wanted them to cut their intelligence briefings down to a single page that actually included lots of pictures on the one page. And even after doing that, these intelligence officials have admitted that that wasn’t enough to keep Donald Trump’s attention. So now they’ve gone to even more visual aids.

And I don’t know exactly what visual aids mean, but I am assuming that these intelligence officers have to come into his office every morning. Stan, you know, kneel down behind the desk with little puppets and try to act out the daily intelligence briefing. Maybe that would keep this moron’s attention for a few extra seconds. But as I’ve pointed out in the past, we’ve seen what happens when a president ignores his daily intelligence briefings that August 6th, 2001 memo Bin Laden Determined to strike in the u s ignored, not read by George W. Bush. Little over a month later, we all know what happened there. We know we have seen what happens when presidents choose to ignore this information. So intelligence officers are kind of freaked out right now, and rightfully so, because they say, we’ve got very big problems. We have North Korea that was hacking into our systems while you were meeting with Kim Jong Un, you probably need to understand that we have Chinese hackers trying to break into us institutions and computers.

You need to understand that these are things they mentioned in these reports when they talk about Trump not listening because according to them, the only thing he wants to talk about is economic issues. You know, finance, money, money, money, money. Yeah. Not Everything is, you know, green throughout the world, Mr. Trump, there are very real threats out there. Threats that could be neutralized or handled in a nonviolent way, but you have to actually pay attention to them before they become very real problems. We have people who do this. We can increase our cybersecurity and keep those hackers out before they ever even try to get in. But not if you don’t pay attention. But Trump has no interest in that. So no matter how many visual aids are charts and graphs and cute little pictures they put in these intelligence briefings, Donald Trump is going to ignore it because he hates all forms of intelligence.