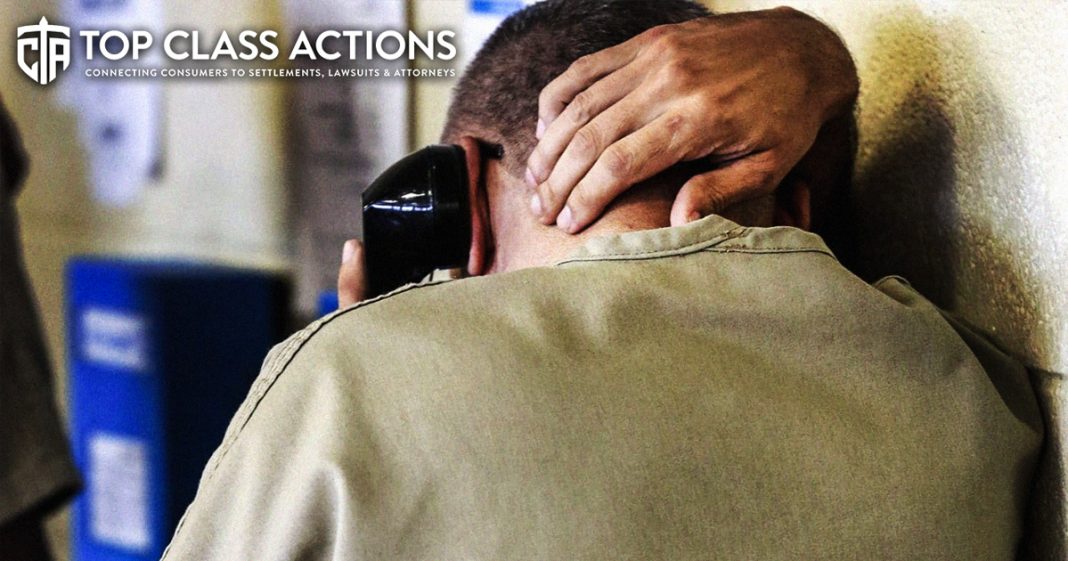 A class action lawsuit filed in Pennsylvania federal court claims that Global Tel*Link Corporation (GTL) overcharges prison inmates for phone calls. GTL and its subsidiary DSI-ITI LLC reportedly use their monopoly on the correctional facilities in Pennsylvania to charge “unnecessary and unconscionable” rates to inmates and their friends and family. Ring of Fire’s Farron Cousins discusses this with Scott Hardy from Top Class Actions.

Farron Cousins:                  If you have never yourself been to jail or known anyone who’s gone to jail, I’m sure we’ve all at least seen TV shows and movies where you see somebody from prison making a phone call, you know, talking to their family. It’s all very sad. But in reality it’s actually even sadder than what you see in the movies because as it turns out, those phone calls are not free. And in some areas of the country, not only are they not free, but you’ve got to go through a company that has allegedly been price gouging, consumers, prisoners, inmates, and their families.

Joining me now to talk about this as Scott Hardy with topclassactions.com. So Scott, tell us what we’re dealing with here with this Global Tel Link. I believe, where is this kind of centered here, this is Pennsylvania is where we’re seeing a lot of this take place where this GTL actually has a virtual monopoly on prison phone calls. Lay this out for us.

Scott Hardy:                          It’s, it’s really sad and it’s, it’s something that’s happening to our, our poorer population. Because what you’ve got when you’re in prison, you can’t just go to Costco or any convenience store and buy a phone card and give it to your loved one who’s in jail and have them use that to make calls. No, you have to create an account with the provider who actually owns those payphones and Global Tel Link is one of the largest in the country that puts these phones in the prisons and they say to the prisons, hey, we’ll take care of the maintenance of the phones.

If it’s broken, we’ll fix it. You don’t have to worry about it. We’ll do it all at no cost. You just let us put these phones in your prisons and then we’ll go ahead and try to figure out some ways to potentially kickback money to the private prisons and just to the prisons as a whole, as a thank you for allowing them to not just allegedly gouge, but they are gouging prisoners to make these phone calls and talked to loved ones because they’re not just sitting there and saying, hey, we’re going to take this.

Let us go ahead and charge the one to two cents a minute or even three or four cents a minute to make calls through us. Because right now nationwide phone calls, if you buy a phone card, it costs one to two cents a minute to talk to anybody in nationwide. But if you’re in prison and you’re using one of these Global Tel Link phones and you again, you can’t just buy a phone card, you have to create an account, you have to put in a credit card number and that would be the loved one that’s doing it for you.

You’re paying upwards of 20 to 30 cents a minute. So you know it’s, it could be 10 to 30 times what you should pay if you were an average person, but because you’re in prison and obviously aren’t making any money anyways, they’re going to choose to gouge you because you have no choice.

Farron Cousins:                  And it’s obviously affecting low income families here in the United States a lot more than it would affect, you know, the, the upper tier of people. Because these may be families that can’t afford to actually have conversations with their loved one who happens to be in jail. You know, they, they may only be able to afford to be able to talk 10 minutes per month and you know, so it cuts off the inmate from their family, cuts off the family from the inmate, you know, and it, it creates a burden on them.

They may not even have a credit card to where they could set up an account and it’s unjust. It adversely affects lower income people. And as you pointed out, this GTL group, they’ve kinda got this little kickback scenario working with these prisons in order to keep their monopolies in place because there’s no competition.

It’s not like, well I don’t want to use the GTL phone. I’m going to go, go down the hall and use a Verizon phone. I’m going to use the AT&T phone. Those don’t exist. You know, this is just the GTL has this virtual monopoly in Pennsylvania at least if not elsewhere, where you either do it through this company or you don’t do it at all.

And it’s because they’ve been given this exclusivity because of these contracts where they try to be as nice and friendly and you know, generous as possible with the prisons. But in exchange they’re ripping people off 10 to 30 times as you pointed out, the amount that they would charge a regular person outside of the prison.

Scott Hardy:                          Right, exactly. I mean, you’ve got in this class action that lists a woman who said, okay, I’m going to buy a $10 of minutes for my loved one in prison. So she puts $10 on the account. They charge the $3.33 administrative fee, and so that woman only had $6.67 left to actually use to talk to their loved one. Another woman put $20 on her credit card but was amounted, was subjected to a fee of $3.65, leaving only $16.35 that they could actually use to speak with their loved one. And this is not just Pennsylvania as we discussed here, this is a nationwide epidemic and this class action was already filed but in state courts.

Now, those class actions against this one and another leading provider of payphones in prisons were thrown out because they were preempted by federal law. And so they were thrown out with prejudice allowing you to re-file those cases and now you’ve got this class action that was filed in federal court, which will hopefully since it is a federal court, there shouldn’t be a preemption issue.

But you know these cases, I mean these guys were fighting really, really hard. I wouldn’t be surprised to see a cease and desist from these guys for just reporting on it. But we’ll see because they are making money hand over fist. So they don’t want anyone to intrude on their alleged monopoly. And you know, because of that they’re doing everything they can to get these cases thrown out. They actually went through a whole ton of motions when these were filed in state court, which did lead up to it actually being thrown out. But with the federal court case now, hopefully we will not have a preemption issue where the defense will say, oh, this is a federal issue.

You can’t sue us in state court. Well, hey, look, look what happened. You’re getting sued in federal court now. So federal law applies and hopefully we’ll see some justice for these prisoners and you know, come on, you know, yes they’re in jail. You know, they’ve been convicted of crimes, but this kind of goes into the, you know, a reasonable punishment and you should be treated the same way and pay the same rates as somebody else even though you’re locked up.

More and more people are gonna know about it, but if you need more information about this, please follow the link in the description of this video. It’ll take you to topclassactions.com and it’ll tell you everything you need to know. And while you’re there, please subscribe to their newsletter. It is one of the most valuable tools out there for consumers to arm themselves with the knowledge they need. Scott Hardy with topclassactions.com. Always a pleasure talking to you. Thank you for staying on top of this stuff for us.