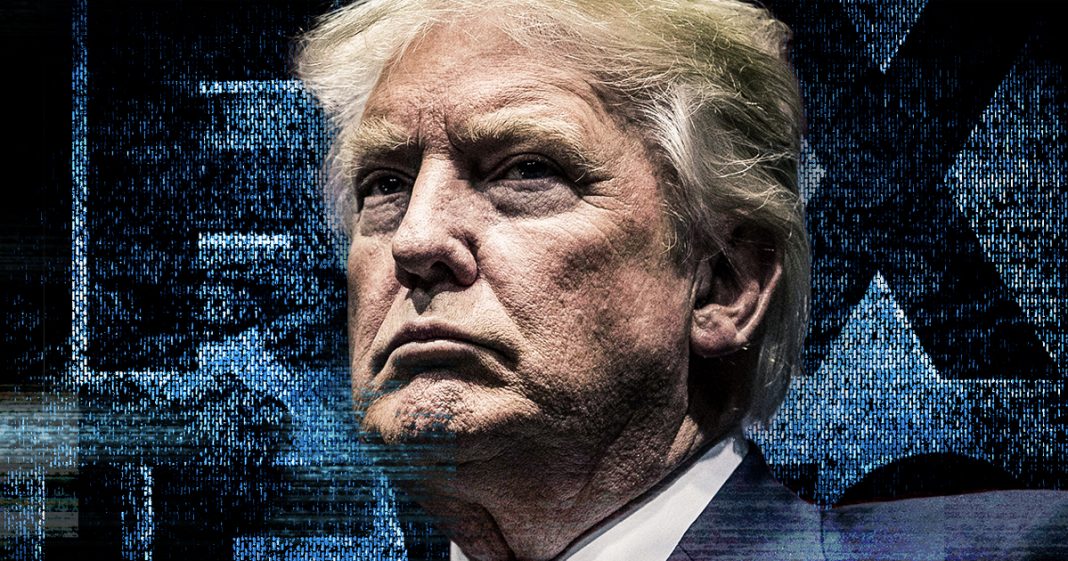 The New Yorker has published an amazing article by Jane Mayer that lays out the disgusting and potentially illegal relationship between Donald Trump and Fox News. The article is filled with amazing revelations showing just how much influence Fox has over the White House, and Ring of Fire’s Farron Cousins lays out some of the most damning pieces from the report.

On Monday, The New Yorker published a bombshell new story from Jane Mayer that basically detailed the entire incestuous relationship between Donald Trump and Fox News. And the article had a lot of things to say. A lot of it just kind of anecdotal and in consequential, but some of it actually points to illegal activity on behalf of the president. So let’s go through just a few of the things that that article told us. First and foremost, the one of the kind of weird things that the president does, certainly not illegal but certainly weird, is in fact that he actually has a rating system that he gives to host. On a scale of one to 10, how loyal are they to Donald Trump? Fox News, Bret Bair got a six. Sean Hannity was a perfect 10, but Steve Doocy at Fox and friends actually broke the meter and he’s ranked a 12 on a scale of one to 10.

Steve Doocy is a 12, not an 11 or a 13 solid 12 on that 10 point scale. Uh, Rupert Murdoch apparently likes to use Jared Kushner as his conduit to the White House and Kushner reportedly, according to the sources mayor spoke to for this article, uh, Kushner talks to Rupert Murdoch and gets advice on issues of the day, gets his opinion on things, finds out what he wants the White House to do for him and his media empire. And Kushner is the conduit through which all of that travels. Some of the more sinister revelations Roger Ailes apparently help feed Donald Trump debate questions ahead of the Republican debate that Fox News hosted back in 2015 that way Donald Trump could be more prepared than the other candidates could sound better than the other candidates and essentially help to give him a leg up in those debates were Donald Trump should have performed horribly. Now we know why he didn’t bomb.

He had those questions in advance. Ironically, just like a lot of Republicans say Hillary Clinton had debate questions in advance, well, actually it was Trump who had the debate questions in advance, at least in the Republican primaries. Um, another thing that’s a little bit shocking, here’s the fact that Fox News had the Stormy Daniels Story. They had a reporter did a phenomenal job. A woman by the name of Diane Falzone, she found this story reported on it, knew it was going to happen, had this massive report put together, and the Fox News said, hey, that’s great. Why don’t you go put that in the trashcan because nobody cares. But at least we don’t hear it, this network. And they never ran the story. They essentially engaged in the same kind of activity that the national enquirer was gauge engaging in for Donald Trump, which is catch and kill. They had the story that could have talked about it.

They refused to do it. Here’s where things kind of trample into the arena of illegality. And that is the revelation that Donald Trump helped to kill, at least temporarily, the CNN Time Warner, more merger or at and t time Warner merger because he wanted to punish CNN because he hates them so much. He did it because Fox News didn’t want it to happen either. And he told, um, we had economic advisor, Gary Cohn is who he told, told him to go pressure the Justice Department to deny permission for this merger. Cone refused to do it, but the Justice Department did still respond to presidents pressure and refuse the merger until recently when a court said, yeah, your arguments against this merger are total BS. We’re going to approve it. If Donald Trump is having his DOJ try to punish his political enemies, then yes, that’s illegal. That is an abuse of power and that needs to be investigated. And given the fact that Democrats in the House of Representatives are right now pretty much investigating everything Trumps ever done, I’m willing to bet that this new Jane Mayer story is going to be on top of the list. Next Time Democrats have to issue subpoenas or are trying to figure out which investigation to launch next, my money’s going to be on Donald Trump using the DOJ to do Fox News is bidding. Because to me, that seems like a pretty big deal that we need to take seriously.