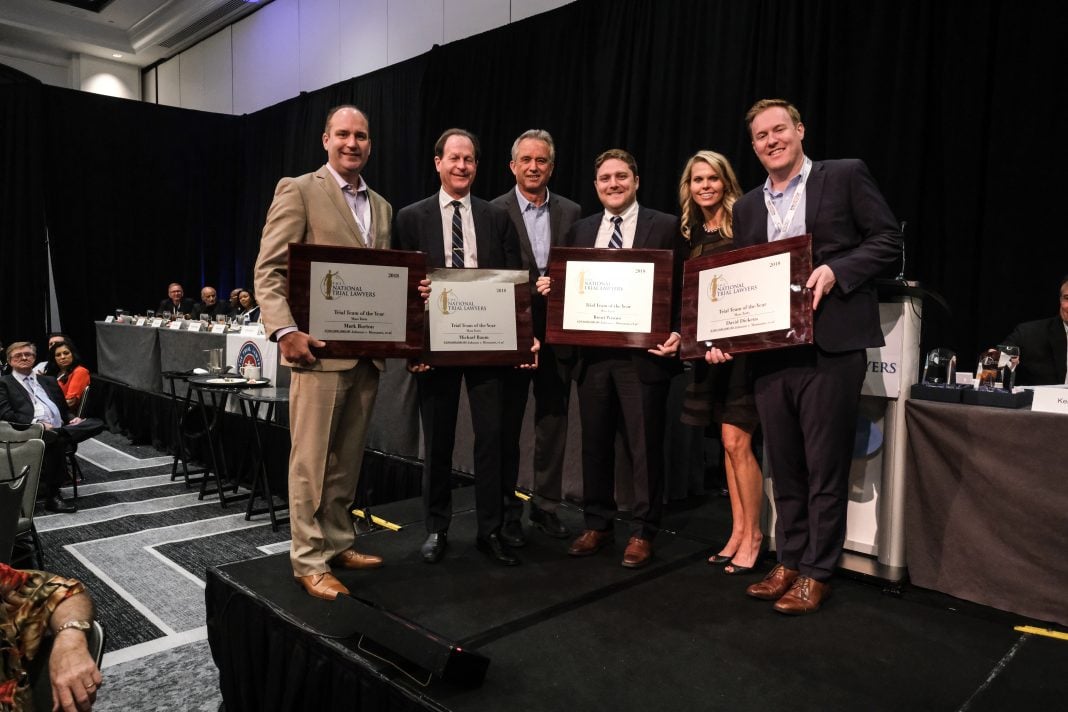 The National Trial Lawyers Top 100 recognized the law firms of Baum, Hedlund, Aristei & Goldman, the Miller Firm and Audet & Partners with the 2019 Trial Team of the Year award (in the Mass Torts category) for their work in the groundbreaking case of Dewayne “Lee” Johnson v. Monsanto Company.

The law firms responsible for handing Monsanto a landmark legal defeat were honored on Monday afternoon at the annual Trial Lawyers Summit held in Miami, Florida.

Robert F. Kennedy, Jr., esteemed environmental attorney and co-counsel to Baum Hedlund, was also a member of the 2019 Trial Team of the Year and during the award presentation, he spoke of the team’s tireless efforts on behalf of Mr. Johnson. Attorneys R. Brent Wisner and Michael Baum from Baum, Hedlund, Aristei & Goldman, David Dickens from the Miller Firm, and Mark Burton from Audet & Partners accepted the award on behalf of their respective law firms.

Lee Johnson filed suit against Monsanto in 2016, alleging exposure to a Monsanto glyphosate-based herbicide caused him to develop terminal non-Hodgkin lymphoma. His case was the first of thousands of similar lawsuits against Monsanto to proceed to trial last summer.

R. Brent Wisner and David Dickens served as co-lead counsel for Mr. Johnson. Wisner delivered the opening and closing statements at trial, as well as presenting most of the scientific evidence and cross-examining of Monsanto’s experts. Mr. Dickens conducted the pre-trial selection of the jury and presented case-specific experts and witnesses, including Lee Johnson and his family.

After five weeks of trial proceedings, the jury unanimously awarded Mr. Johnson $289.2 million in damages against Monsanto, finding that the company acted with malice, oppression or fraud and should be punished for its conduct.

“We were finally able to show the jury the secret, internal Monsanto documents proving that Monsanto has known for decades that glyphosate and specifically Roundup could cause cancer,” said Wisner following the verdict.

“Despite the Environmental Protection Agency’s failure to require labeling, we are proud that an independent jury followed the evidence and used its voice to send a message to Monsanto that its years of deception regarding Roundup is over and that they should put consumer safety first over profits.”

In the months following the landmark jury verdict, the judge overseeing the trial ruled to uphold the jury’s verdict while reducing the punitive damages awarded to Mr. Johnson, bringing the total to $78.5 million in damages. After careful considerations, Mr. Johnson decided to accept the remittitur with the hope that his case would come to a final resolution in his lifetime.

“While we think the punitive damages reduction was not appropriate, the ruling did weigh the liability and punitive conduct evidence according to the required standard: in a light most favorable to the prevailing party, thus preserving the jury’s basic findings,” said attorney Michael Baum, managing partner of Baum, Hedlund, Aristei & Goldman and a member of the Johnson trial team.

Monsanto filed a notice of appeal in the Johnson case in November of 2018. 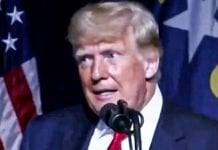 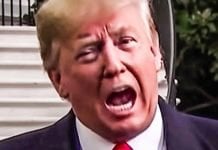