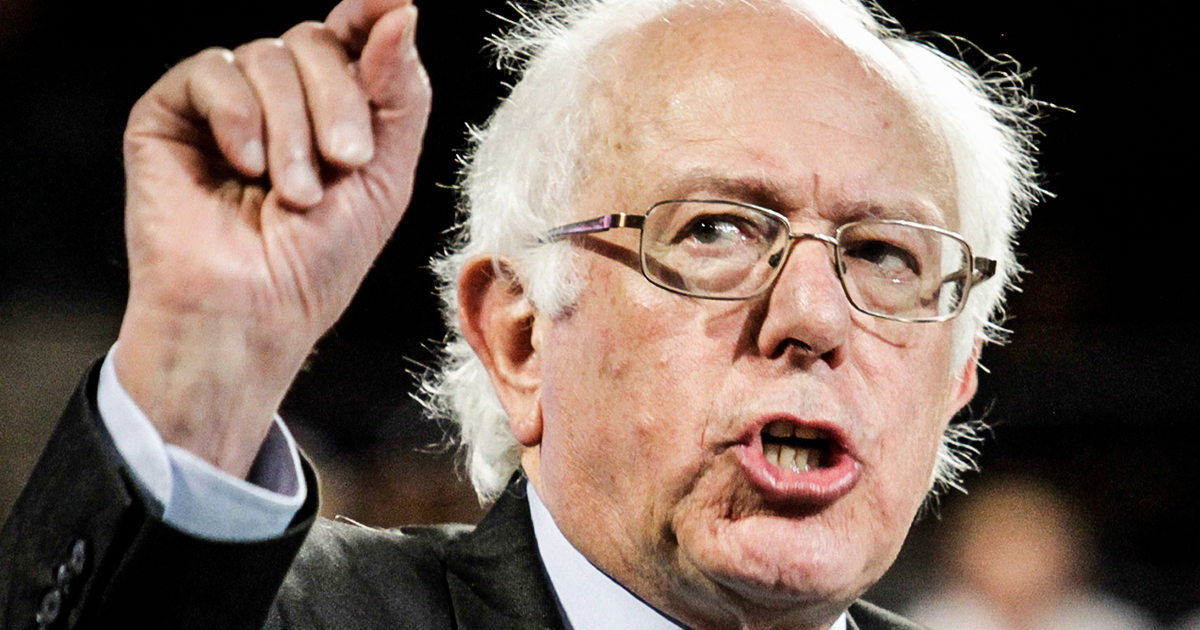 MSNBC is a corporate, billionaire-controlled media outlet, and we need to stop pretending that it is anything other than that. Their recent coverage of a Bernie Sanders speech shows how desperate they are to prevent the popular candidate from gaining traction amongst their audience. They lie, distort, and misrepresent what Bernie has to say, and that resonates with their audience that doesn’t realize they’re being lied to. Ring of Fire’s Farron Cousins discusses this.

On Saturday, Bernie Sanders gave a major campaign speech in New York, drew crowd of thousands of people standing out there in the bitter cold waiting to listen to Bernie Sanders and everyone else who joined him on stage, MSNBC live, uh, showed this speech live and they had a panel there so that immediately after the speech ended they can analyze the speech and dissect it and tell us what he did great and tell us what he did wrong, but they only wanted to focus on what he did wrong. And unfortunately for that panel, they lied about those things as well. Uh, specifically MSNBC, analysts Zerlina Maxwell, who also happens to be a former Clinton campaign staffer said that Bernie didn’t mention race or, or the struggles of minorities until the 23 minute mark of that speech. And, uh, Glenn Greenwald over at the intercept actually pointed out by providing video clips that MSNBC allegedly was watching, showing that no, that’s 100% wrong.

There is zero truth to that. And he said it right at the beginning. It was a big part of his speech talking about race and the problems that minorities face here in the United States and what he wants to do to fix it. But MSNBC didn’t bother to correct miss math, Maxwell, Maxwell. They just let her go with it. They just said, okay, yeah, that’s problem. Yeah, we woo. Here’s the thing. It is time to stop pretending like MSNBC is anything other than a corporate controlled media outlet that only is interested in preserving the status of millionaires and billionaires. They are. Think about it. They hated Bernie in 2016 the host that didn’t hate Bernie ended up getting fired from the network, by the way, and now in 2020 there once again, pushing establishment, trying to tear down the one person who could bring change here to the United States, and they’re doing it because they know that an establishment type Democrat, a centrist Democrat, he’s not going to raise their taxes.

He’s not going to go after their industries. She’s not gonna make it to where they’re not making as much money each year. That’s what a centrist Democrat would do. That’s why they were pushing Hillary in 2016 and that’s why they’re anti Bernie telling lies about him on the air that everybody can verify or false because they don’t want to pay more in taxes. MSNBC, and I’m sorry to say this, they’re just not trustworthy. If we can’t trust other media outlets because they’re owned by corporations than MSNBC cannot be exempt from that group just because they share similar ideologies to what we do. We to understand that turn off any corporate media outlet, whether it’s Fox, CNN, or MSNBC.

Yes, they each spew out different ideologies, but at the end of the day, their goal is the same. To preserve the status of millionaires and billionaires, that is what they’re all about and in terms of Bernie, look, I don’t care if you love him or you hate him. The fact that they’re over there spreading lies about him after allegedly just having watched the video, this is unacceptable. It would have been unacceptable if it was Kamala Harris or Cory Booker, Elizabeth Warren, or Klobuchar, Gillibrand, or anyone else. They have to call it out when it happens because they knew it wasn’t true, but they didn’t because it was about Bernie. Now, Bernie is not perfect by any stretch of the imagination. None of the candidates are, no candidate has ever been. No candidate ever will be. He’s got issues, he’s got things he’s going to have to answer for. And I look forward to that just as I do with all of the other candidates because that’s how we see how they’ve grown and where they stand today.

But I do believe that Bernie Sanders has the best shot. I do believe he has the best agenda and I do believe that he genuinely cares about every single person. And I don’t think that he is out. They’re pandering to any specific group. And that’s the big difference with him. Again, he’s not perfect. And even if elected, he’s not going to cure all of the problems that this country has. I’m realistic about that. I get it. No presidential candidate could, but he is the best shot of making most of those goals a reality. And that terrifies the executives at stations like MSNBC. Because that could mean they may have to pay a little bit more in their taxes every year.