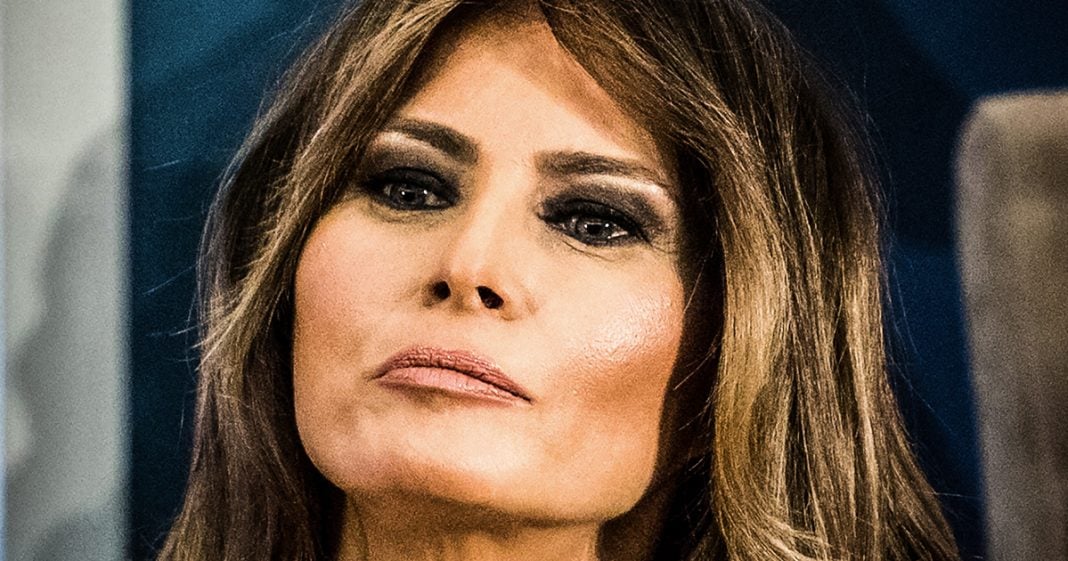 A spokesperson for Melania Trump’s office says that Melania’s “Be Best” campaign really doesn’t apply to Donald Trump. This admission comes after months of outrage from the public over the fact that her husband is one of the biggest and most vocal bullies in America. This also shows that Melania is clearly not taking her pledge to end bullying seriously, as Ring of Fire’s Farron Cousins explains.

On Saturday, CNN spoke to Stephanie Grisham, who happens to be a spokesperson for Melania Trump’s office who is also working on Melania Trump’s Be Best campaign, her anti bullying campaign and a Grisham was explaining then Melania is gearing up. She’s going to go on a three state tour. She could talk to three different, uh, grade levels, pre k, second grade, and fifth graders at, I think just a few different schools. And they were talking about how great the school schools, where these are award winning schools. So obviously Melania Trump’s not going to go talk to any of the troubled school where kids really need to hear the Be Best message. She wants to go to the well to do, you know, maybe even private schools out there talk to the rich kids. It tell them to not bully. Well, you know what, I guess maybe her heart’s in the right place with this.

So we don’t want to criticize her too much for it, except for the fact that Melania Trump, since she announced this Be Best campaign all that time ago, uh, has repeatedly and properly taken heat over the fact that she refuses to condemn her husband for being the biggest bully in the United States today. You know, it’s kind of hard to take you seriously when you say that we need to stop bullying when you refuse to even address the man who sleeps in the bed next to you every single night as being the biggest bully in the United States. You’d think maybe you could mention it to him over a Big Mac some time. Like, Hey, could you not be an asshole tomorrow? I have to go give a Be Best speech? Something simple like that. But no, you won’t even do that. It’s so rightfully so. CNN asked Grisham, Hey, uh, what’s the deal with Donald Trump, right?

You know, we see his tweets, he’s bit of a bully. How come he’s not a part of this? And, uh, here’s what Grisham, the spokesperson from Melania Trump’s office had to say during the interview. She said, I think that honestly one thing doesn’t have anything to do with the other and she is focused on helping children. She has said many times that her husband is an adult. He is president of the United States and he knows what he’s doing. She’s focused on Be Best focused on helping children. Children are the ones that are most impressionable. She’s going to go out and do the best she can to help them succeed. Children are the ones who are the most impressionable. That is correct. So why not do something about the person who is impressioning upon them, the person that they should be looking up to. The president of the United States historically seen as you know, one of the most prestigious honors a human being can ever strive to achieve and we’re letting him get away with bullying because while he’s an adult, he’s lost just who he is.

It’s how he was raised as parents didn’t love him, whatever it is, no, you have to address it at home and it literally has to start at home. You can’t go out there and tell these kids to not be a certain way when they can see every day on Twitter, the kind person that you chose to marry, and the fact that you refuse to do anything about it, you have no credibility on this issue. This would have been a noble issue, something that this country desperately needs a Be Best campaign, perhaps one with a grammatically correct title, but you know what I mean? Nonetheless, you have lost any footing that you may have had on this because you refuse to even admit that your husband is a jackass to people online.