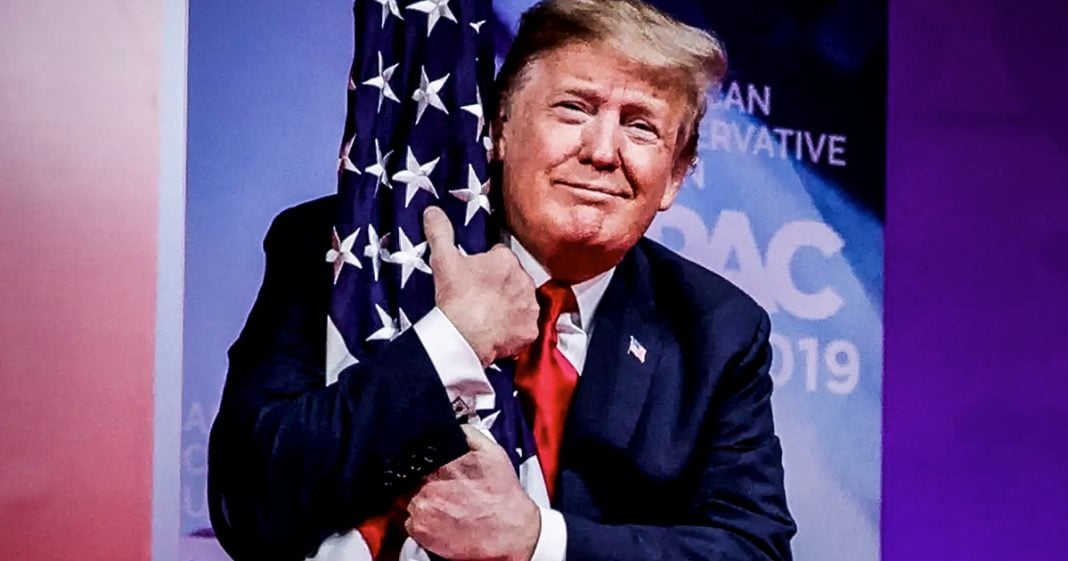 Several conservative commentators and GOP analysts have come forward following Donald Trump’s address at CPAC admitting that the Republican Party is dead and that all that remains is a cult of Trump. This is something we’ve been saying for a long time, but now that those within the Party are willing to admit it, it really means that the writing is on the wall. Ring of Fire’s Farron Cousins discusses this.

For a very long time. We’ve been talking about the fact that the Republican Party, as we once knew it, is completely dead and in its place there is simply a cult of Donald Trump and what was really refreshing to hear over the last few days is that we’re not the only people who think that in fact, plenty of prominent Republicans also happened to agree with that on CNN recently, conservative commentator S.E. Cupp said that Donald Trump has created a colt. He is killed the Republican Party and they have now become a cult of Donald Trump because nobody on the republican side is willing to even consider the fact that Donald Trump may have committed some crimes. Cup was referring to Michael Cohen’s testimony earlier last week where he basically implicated Donald Trump and quite a few crimes. I think the count is actually up to 14 different crimes that Michael Cohen implicated Donald Trump and last week during his testimony, and S.E. Cupp is all is just saying, listen, we have to at least consider the fact that this guy might be a criminal, but too many Republicans are refusing to even think that that could be a possibility, at least publicly.

You know, none of them are willing to go out there and say, you know what, Michael Cohen, Yay, lied to us in the past, but he made some good points. He had the documents, he had the receipts. You know, those are kind of hard to overlook and, and bank records, if you falsify those, that’s also pretty easy to verify. So they actually by now could have verified or not verified those things to find out if Cohen was telling the truth about that. And then we’d know for certain, but they haven’t even gone that far. And it goes even deeper than just se cup. We had a republican strategists, Rick Tyler, appear on MSNBC following Donald Trump’s speech at CPAC this week, which was a very long, very rambling, incoherent mess where he started by coming out and hugging the American flag, which is sadly is not the first time he’s done that, by the way.

Anyway, Rick Tyler comes on, Republican strategists, lifelong Republican, and he says, the Republican Party’s dead. They’re gone. They don’t exist anymore. Even CPAC as it once was, doesn’t exist. You May as well call it tea pack, which he said stands for Trump PAC Eddie again, is 100% right because he went on to explain that the people at CPAC now happened to be pro tariff, uh, pro corruption pro. Everything that Trump has done, even when it flies in the face of standard historical conservative values and the things that they talked about or used to talk about at this conference, Republicans seem to have this god-like worship of Donald Trump, and it is very concerning. And to be honest, it’s also very confusing. I in, yeah, sure. There were probably some Democrats out there who had that godlike worship of, of Barack Obama. We sure as hell of seeing the ones who had that of Hillary Clinton. But those were small fractions, not even enough to really warrant any kind of significant coverage. But with Trump, it’s damn near all of them. Most of them are like this with him. He can do no wrong. He was not implicated in any criminal activity. Even though everybody he’s hired is going to jail. He’s still a good guy doing great things, and he loves his country. Otherwise he wouldn’t have hugged the flag. Right now, the Republican Party is dead and all that’s left is a cult with Donald Trump as its leader.