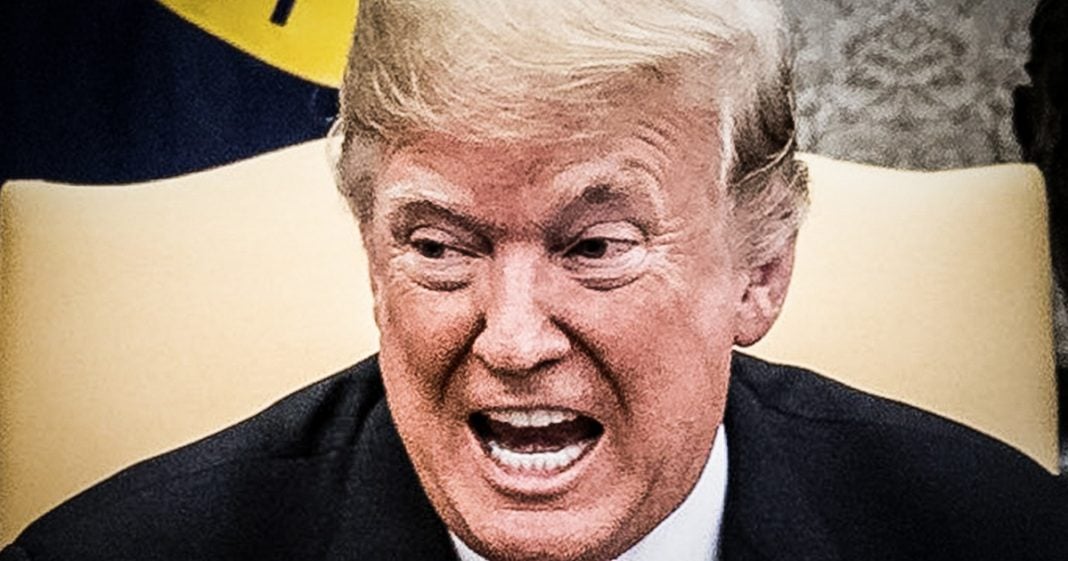 Thanks in part to Michael Cohen’s testimony, Donald Trump’s businesses are about to become the targets of the most comprehensive financial auditing that we’ve seen in recent years. Cohen’s admissions that Trump and his family, as well as other Trump Organization executives, engaged in financial fraud isn’t going to be overlooked, and investigators in New York are already on the case. Ring of Fire’s Farron Cousins discusses this.

I’m sure most of us still have a bit of a political criminal hangover from Michael Cohen’s testimony before Congress on Wednesday, but we do have to continue talking about it just because there are going to be severe ramifications for Donald Trump with regards to what Cohen revealed during the testimony. Now, as we have talked about, AOC and Ro Khanna did a phenomenal job of getting Michael Cohen to admit that he believes Donald Trump, Donald Trump, jr and Trump Organization’s CFO, Allen Weisselberg committed financial crimes, that there was some kind of financial fraud involved with the payments that went to Michael Cohen. They were coming from different funds to kind of cook the books a little bit. So yes, that’s a big deal, but luckily it’s a big deal that is on the record now for Congress, and that is all investigators need to launch massive investigations into the Trump Organization, which is exactly what experts in the hours immediately following the Cohen testimony have said is definitely going to happen.

In fact, uh, one of them said this organization has never had a proctology exam like it’s about to get. That’s from Jonathan Swan from Axios and yeah, he means that almost quite literally because they are going to route through the back of that company, find everything they can, any of those a financial fraud polyps and yank ’em out for the public to see, and that is what has been needed since day one of this administration. That’s one of the reasons we still haven’t gotten our hands on Donald Trump’s tax returns. But again, Ocasio-Cortez and Connor did set the stage for us getting our hands on Trump’s tax returns. If we do have reason to believe which we do, that Donald Trump engaged in some kind of financial fraud, that’s all we need to house of Representatives. 100% has the authority to get those tax returns and I can promise you they’re going to, they’ve actually, even before the Cohen testimony said that that is something they’re going to do.

It is an inevitability. They’re going to get their hands on them and they’re going to help expose what Donald Trump has done. And to me, the thing I love the most about this is that financial fraud schemes, these kinds of crimes, these are so easy to prove. They are so easy to prove. Unlike collusion, which again I believe happened, it’s just impossible to prove almost but these are not. These are open and shut. This is textbook and now investigators have everything they need to begin. They have the probable cause. They have the witnesses in both Cohen and Weisselberg who he implicated in this but why Solberg has already along with Cohen been working with the investigators and the prosecutors in the southern district of new so they already knew about all of this and they probably know a hell of a lot more than the rest of us already do but congress doesn’t and that’s going to be the second prong of the investigation.

I can promise you within the next few weeks we’re going to see subpoenas. We are going to see requests for documents and we are going to see more people from the Trump Organization hauled before Congress to testify to verify or deny what Michael Cohen said this week. It does not end with Michael Cohen, and it won’t even end with Weisselberg or any of the other executives. It will end when we get all of the documents needed to verify whether or not Donald Trump engaged in financial fraud schemes, and if he did, then I think at that point it might be all over forum. Of course, we’ve all thought that before, throughout this administration, but at the very least being, you know, implicated in any kind of financial scheme, probably not going to bode well for your 2020 reelection chances.