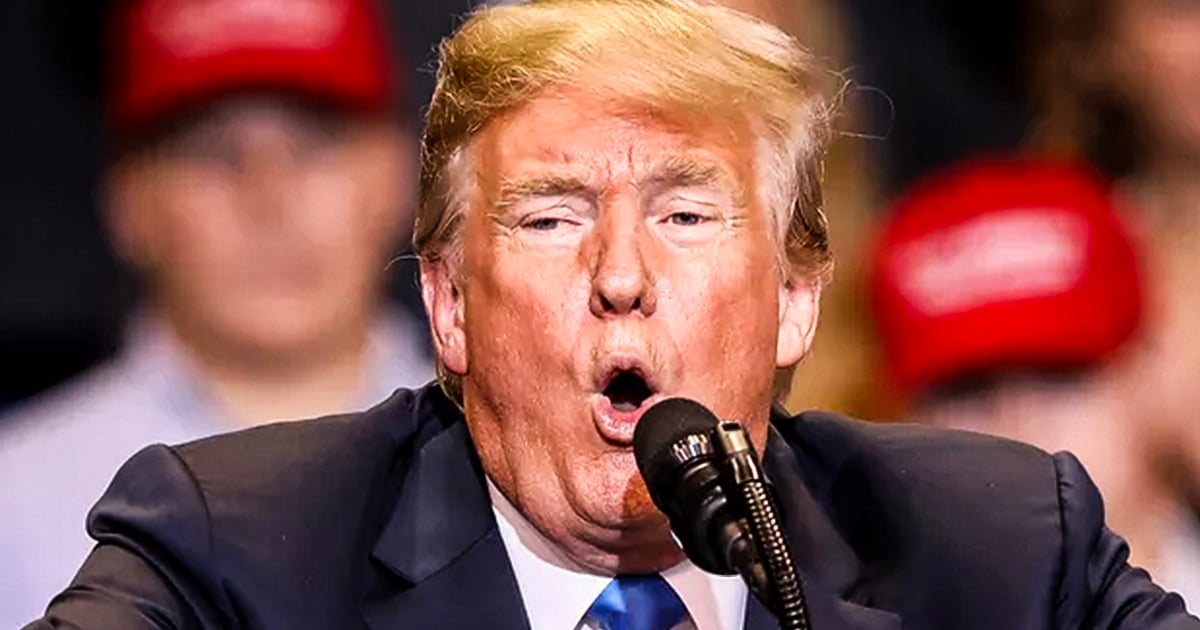 Trump’s numbers across the country aren’t looking that great, and Democratic strategists think they may have a shot at winning some Midwest states that have been off limits for years, as well as Florida, Texas, and Arizona. Those may seem like pipe dreams to some, but if the Democratic primaries produce a candidate that invigorates the public, those dreams can quickly become a reality. Ring of Fire’s Farron Cousins discusses this.

Well, now that we have a very crowded field of democratic contenders for the 2020 presidential nomination, we’re going to start seeing a lot more think pieces and not just about where each candidate stands or what their odds of winning are, but we’re going to see where they plan to go. Where are they going to win, how are they going to win, and the New York Times is wasted no time at all to tell us. The Democrats are very hopeful. They may be able to take back portions of both the south and the Midwest. Now, when I first read this, I didn’t buy into it. I didn’t, you know, New York Times is saying the democratic strategists or are optimistic, you know there are, there’s demographic changes they’re saying in places like Florida, Texas, and Arizona, that could mean these states are up for grabs. Florida certainly is up for grabs.

We got more than 1 million a new former felons who are going to be eligible to vote. So yes, our demographic just instantly changed after this 2018 midterm, which is a shame. It didn’t change right before that because we wouldn’t be looking at the horrible people we have in power now, namely both Rick Scott and our new governor, Ron Desantis. Neither of them would have one. Had those felons been allowed to vote in 2018 nonetheless, Florida’s in play, I’ll give him that Texas, I don’t know about Texas, Arizona, iffy Midwest, but here’s the thing. In the New York Times did not address this. Those states are in play as New York Times claims, but they’re just in play for a different reason because the New York Times didn’t bother to really kind of do their work, and the reason they are in play is because we have some Democrats running for president who could win those states.

We have some Democrats who are running on issues that actually matter to the peoples in those states. They’re not out there saying, vote for me because I’m not Trump. They’re not out there saying stupid things. They’re out there just talking about issues that affect every one of us in our day to day lives. They’re not trying to make it overtly partisan. They’re just saying, listen, politics aside, you’re struggling. I have a plan that would help you, but in order for me to help you, you got to help me by voting for me. I want to do this for you. I want to give you universal childcare. I want to give you medicare for all. I want to give you a $15 minimum wage. I know how to pay for it. In spite of what Republicans are telling you, we have plans. This is what I want to do for you. That is how Democrats win back parts of the south. That is how Democrats win back the Midwest. That’s how Democrats win in Arizona and they can, but the New York Times didn’t tell you that. This is kind of candidate specific because there are plenty of people running for president on the democratic side right now who would not win Florida or Texas or or Oklahoma or Wisconsin or anywhere else in between. They wouldn’t, they wouldn’t even come close. Hell, they likely wouldn’t even go visit and that’s why they wouldn’t. When we have other people,

And that’s because he’s talking about issues, not because I’m part of the cult of personality for Bernie Sanders. I’m not, but I understand that he understands the issues. He talks about the issues the most, and he’s got very clear plans and he’s also consistently for the last two years, the most popular politician in the United States. And that’s really telling you something. I have also looked at polling data showing that both Republicans and Democrats want all of the ideas that he’s actually pushing. So yes, it is possible that Trump could lose these states that propelled him to the Oval Office, but only if the Democrats make the right choices in the primaries. New York Times for got to put that little caveat in there. Article.