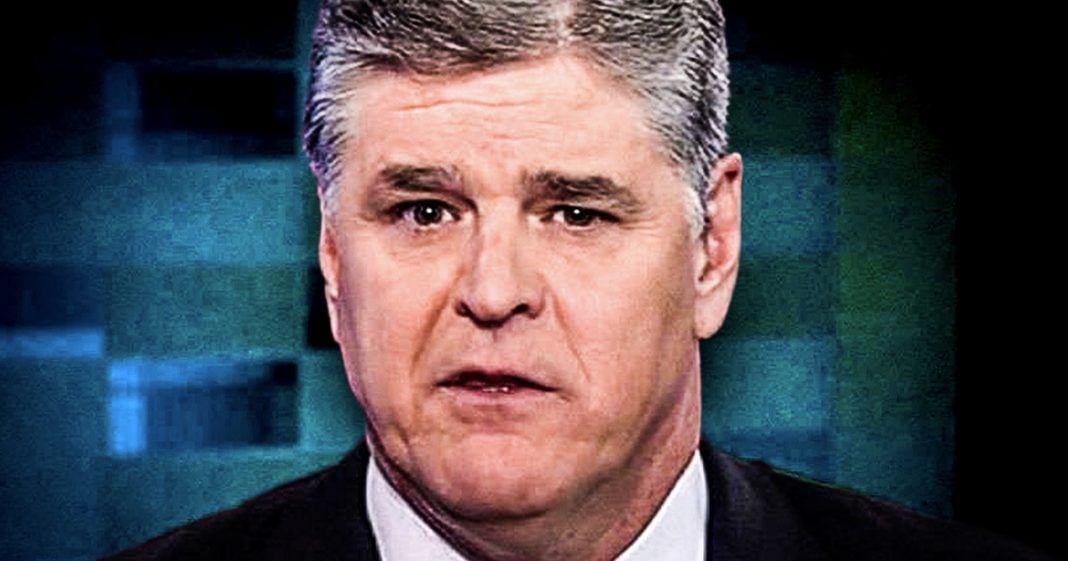 On his program Thursday night, Sean Hannity told Donald Trump that Michael Cohen told him “at least a dozen times” that he was the only one involved in the payoff of adult film star Stormy Daniels. And members of congress immediately pounced. They viewed Hannity’s claim as an admission that he knew these things were happening, and now they want to know what he knows. Ring of Fire’s Farron Cousins explains what’s happening.

On Thursday evening, Sean Hannity aired an interview between him and Donald Trump were aside from not addressing the fact that Trump failed to get a deal with North Korea. Hannity and Trump took a lot of time talking about how horrible Michael Cohen truly is, which is ironic considering that both of those men hired him for years as their personal attorney. But nonetheless, Sean Hannity actually said something in that interview that makes him either complicit or a potential witness for future hearings in Congress. And here is exactly what he said. I can tell you personally, Cohen said to me at least a dozen times that he made the decision on the payments and he didn’t tell you. He told me personally. So here we have Sean Hannity trying to negate Cohen’s testimony the other day in front of Congress saying that he was lying. And I know this because he told me, told me over a dozen times that he made the payments themselves.

So Sean Hannity, like the idiot that he is admitted on the air that he has known about this, this scheme, this scam, this illegal activity. Because whether or not Trump knew about it or not, that doesn’t make it any less illegal. And Sean Hannity claims, he knew about it. Um, dude, you really, you just implicated yourself in the crime. You have to report those kinds of things. But more importantly, you’re telling us that we can’t trust Michael Cohen because he told me something that’s different than what he said. So don’t trust that Michael Cohen, but I trust this Michael Cohen because this Michael Cohen wouldn’t lie to me, but that Michael Cohen is somehow a liar. So either we can’t trust anything he says or we have to trust everything. And he says, or now that he’s got nothing to lose, maybe there’s no reason to lie anymore. Sean, I’m sure he had plenty of reasons to lie to you, and I’m sure he’s probably lied for you in the past, but luckily members of Congress were paying attention and immediately following your disastrous interview with the president, they began tweeting out like, hey, Sean Hannity is now volunteering himself as a witness.

I look forward to his testimony. Sean, that little statement you made about knowing that Michael Cohen’s lying because he personally told you the truth long time ago. Yeah. That just created a world of pain that I don’t think you’re actually prepared to deal with.