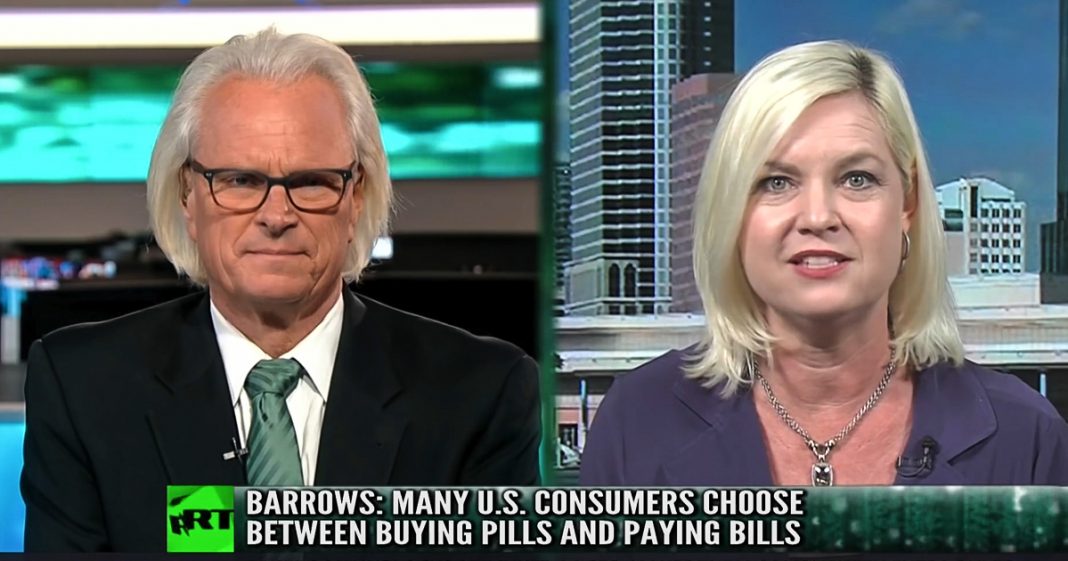 Via Boom Bust: As major pharmaceutical CEOs meet to discuss drug prices, Mollye Barrows joins us from Pensacola, FL to discuss if this is all going to make a difference.

Bart Chilton:                         In January, we told you about drug price increases, set to hit consumers in the United States this year. Now US senators are grilling big pharma CEOs over rising prescription drug prices today on Capitol Hill. Legal journalist Mollye Barrows with America’s Lawyer is here now with more. Hey Mollye. What do we expect, I mean, what do the lawmakers expect rather from this hearing? Or is it just a venting session?

Mollye Barrows:                So far Bart, I’m expecting that it’s mostly going to be a venting session. This is such a bipartisan issue. They know their constituents are complaining about rising drug prices and they’re trying to address those concerns almost in a dog and pony type show. So they say that they don’t want any more finger pointing, no more excuses. They actually want solutions, but we’ll see what they actually get. So who all has been scheduled to testify today?

It’s a list of seven of the top pharmaceutical companies, including Johnson and Johnson, Pfizer, Merck, AbbVie, Bristol-Myers, et cetera. And they were scheduled to testify before that panel today. And they have a collective market value of more than a trillion dollars Bart. So these are powerful, lucrative companies with powerful lobbies. Now this is the first time these execs have appeared before a congressional committee to answer any questions about drug prices, which in and of itself is revealing, isn’t it?

Senators mentioned that thousands of letters that I talked about before that they received from constituents who say, these drug prices are so high, they’re having to choose between pills and bills in some cases. They simply can’t afford it at all in other cases. And so these lawmakers want to know, well, what can we do that can, you know what can be done to make things better? Like we mentioned, it is a bipartisan issue.

President Trump tweeted just last month, here’s a look that you know, hey, we’re going to bring this down. We’ve already got policies that are working. Drug prices went down in 2018 well that is obviously not true.

Mollye Barrows:                Oh my gosh, Bart, it’s ridiculous. As I mentioned before, just the seven drug companies alone are worth my lord, what is it, $1 trillion. Well over $1 trillion. So they’re making an obscene amount of money. Part of that is because the United States leave pricing, drug pricing to market competition. So you see where that gets us. And the US spent an estimated 344 and a half billion on prescription drugs in 2018. That figure is expected to go up to almost 577 million in 2027 according to projections from the federal centers for Medicaid and Medicaid, Medicare and Medicaid services.

You know, but you compare this prices to other countries. The United States because they allow the market to direct pricing in other countries directly or indirectly control the cost of their medicines and their prescription drug costs are significantly lower. In fact, according to a recent Reuters report, US prices for the world’s 20 top selling medicines are on average three times higher than they are and say like Britain and these researchers were from Britain’s University of Liverpool, they also found that US pricers were consistently higher than in other European markets, not just in Britain.

So elsewhere, US price is six times higher than Brazil, 16 times higher than the average and the lowest priced country, which is usually India because they, it’s where a lot of these generics come from. And at the same time you have big pharma saying, hey, it’s not our fault. You know, we’re just investing all this money in research and development. This is just what it costs. But you have countries like India, which are saying, hey, we’re doing research and development.

We’re finding generic costs. We can provide you pills that are more, that are less expensive. And then the same industry that has lobbyists that keep them from raising those prices say, no, no, no, no, no. We don’t want your generics that are going to make it more affordable. So these politicians know these are problems. They know how to solve these problems.

The question is, do they really want to make the hard decisions to change this complex system that’s going to require making deep pockets mad at them as opposed, it’s easier to have your constituents mad at you then have these big corporations and these big money makers that are putting money in their pocket books.