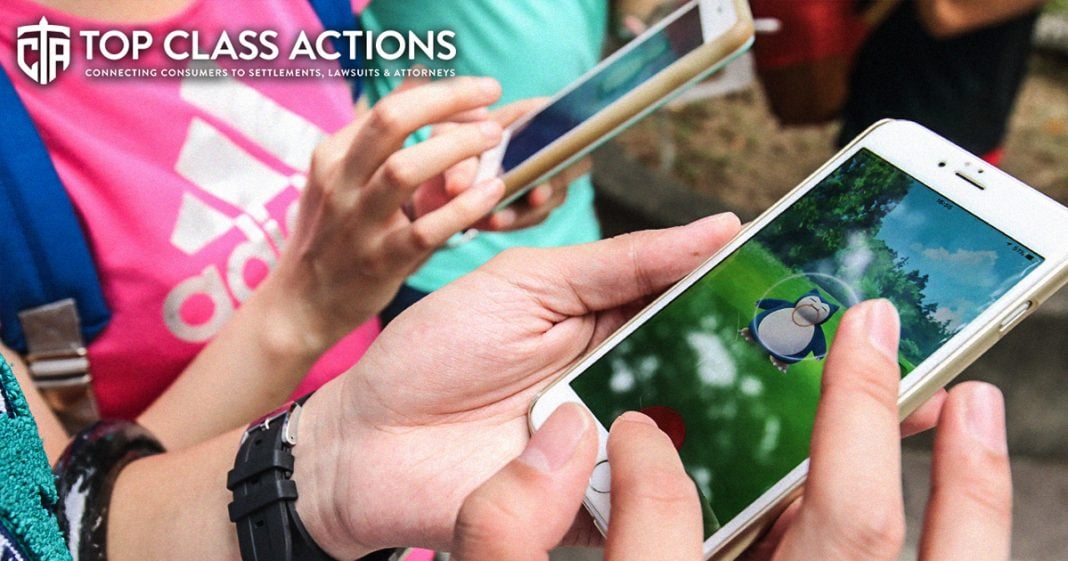 Niantic Inc., the owners of Pokémon, promises to discourage Pokémon Go users from trespassing, as part of a class action settlement. The company will also encourage game users to “be mindful of their physical surroundings” when playing the game. Ring of Fire’s Farron Cousins discusses this with Scott Hardy from Top Class Actions.

Farron Cousins:                  A few years ago, the Pokemon go app for the smartphone was released and it kind of changed the way that apps for the smartphones operated. We have seen countless other copycat programs come out from big corporations. But everybody kind of needs to take a step back real quick and realize that, uh-oh, the makers of Pokemon go, we’re actually sued because users of the app, we’re destroying people’s property just to be able to go catch a Pokemon or go to a trainer gym or any of the features in that app.

Property was being destroyed, which resulted in a lawsuit. Joining me now to talk about this is Scott Hardy from topclassactions.com. Now, Scott, I had heard stories, you know, from the first week after Pokemon go came out of people, you know, they were trespassing. They were going into areas they weren’t supposed to. There were actually some issues with that.

People going onto government property where they weren’t allowed because they wanted to catch these Pokemon, but it, it wasn’t until recently that I started seeing, oh my God, they were actually, you know, they destroyed fences. People were destroying other people’s property so that they could get access to some of these creatures and features. So tell us what’s, what’s going on with this lawsuit? This is very interesting.

As you mentioned, government buildings or it could also just be places of artwork. And that’s where a lot of this really came into a problem because with Ingress, yes you had people go into public parks and and playing this game, but Pokemon go was so absurdly popular that you had people that aren’t gamers and aren’t huge nerds like me that went out there and download this app and all of a sudden they’re going in front of an, a piece of artwork that could be an overpass that has some concrete mural on it.

Or it could be a building that has a piece of art work or graffiti on the side. And this class action alleged that somehow a woman’s pool was submitted as a Pokestop. And so people were, as you said, knocking over a fence, trampling her lawn, trying to go ahead and get their, their, their Pokemon and, and hatch some more eggs and train their Pokemon up to battle. And what this class action settlement provides isn’t some huge dollar amount, but what it should provide is peace of mind for those who hate Pokemon now.

People like this plaintiff who were saying, you guys are ruining my life. People are coming up to my house at all hours of the day to play your game. And if they have a big problem with it, now there’ll be able to submit it and they, they were able to submit it the past. But Nintendo and Pokemon has said yes, we will go ahead and review 95% of the complaints within 15 days. And for someone who played Ingress, I can tell you a 15 day review time for any portal or in this case the Pokestop is really fast.

You would think it wouldn’t be so long. But with these guys behind it, which side note, it’s partially owned by Google. So they’re making money hand over fist by your willingly giving your information as you are chasing Pokemon all over your city. But now if you are hating this game cause people are tramping, tramp traipsing along your lawn, you’ll be able to actually get them to hopefully stop.

Farron Cousins:                  It’s really funny here because we have businesses, you know when this thing first came out, you know, we are along a busy street right here. Lots of little, a quick stop, quick serve restaurants where people go for lunches and they’d be advertising outside. You know, we’re an official Pokestop. You know, come in here, refill on your pokey balls, whatever you got to do. We probably have some rare creatures in here.

So there was a time when businesses, I, you know, I don’t know if the craze is still happening or not, but yeah, they were actually using this as an advertising thing. Saying yeah come on in here. We’ve got all this cool stuff. And it’s just, to me it’s, it’s sad because you never think about it like, well what if it does just pop up in your backyard? You know, what if, what if it’s your living room that’s suddenly a Pokemon gym?

You didn’t sign up for this, you didn’t want this, but you’ve got people crawling all over your property trying to get in. So hopefully this new system they’ve set up as a result of this settlement is going to allow people to, you know, get their property off the list. But to me again, another problem, we’ve got a lot of these apps like this coming out. I think Jurassic Park has one.

I think Nintendo is coming out with one for Mario, if it’s not already out. So this is starting to become a popular thing and hopefully these other companies are going to look at this settlement and say, you know what, we probably need to put some kind of safeguard in place. Otherwise we’re going to be back in the exact same situation as this a Niantic company, right?

Scott Hardy:                          Right. Yes. And Niantic because the way they worked with Niantic is that with Ingress, if you saw a really cool piece of artwork in a restaurant, then you could take a picture of that along with geotagging or location and submit it to Niantic and it might become a portal in 30, 60, 90, 180 days. I told you 15 days was super fast for Niantic to say that they can actually review something and possibly stop at being a, a Pokestop.

So you have all of those different portals that have stopped, that were, that were set up and just imported over from Ingress into Pokemon. And as you said, a lot of business owners loved it at first, but then they started, they had a bit of a problem where you’d have kids or adults that might stop in, try to get some place in Pokemon there and order a water and maybe try to use their wi fi and plug in and sit there for hours without actually buying anything.

And you know, what are they, what are they getting out of it now? But as you mentioned, there are some really hot new games that will be combining AR, just like, meaning augmented reality, just like Pokemon did, because you could have your phone up there and you use the camera. And so what you were looking at when you were playing your game is you’re looking at your phone and you’re seeing the Pokemon character actually pop up right there.

And so when you’re playing that game and you’re flicking your Pokeball at it, it looks like that character is sitting there right in the parking lot. Or in the restaurant that you’re at, or in this woman’s backyard in front of her pool. I’m not sure, but that way it really made it feel more immersive and it felt like you’re really battling this creature and these games are just getting cooler and better. And I’m sure they’re going to be tracking you a whole lot more as you mentioned.

Farron Cousins:                  Absolutely. If anybody needs more information about this, you can find the link in the description of this video. Head on over to topclassactions.com and while you’re there, sign up for their newsletter. It is the best resource available to keep consumers informed about the issues they need to know about. Scott Hardy with topclassactions.com. Thank you very much for talking with us today.