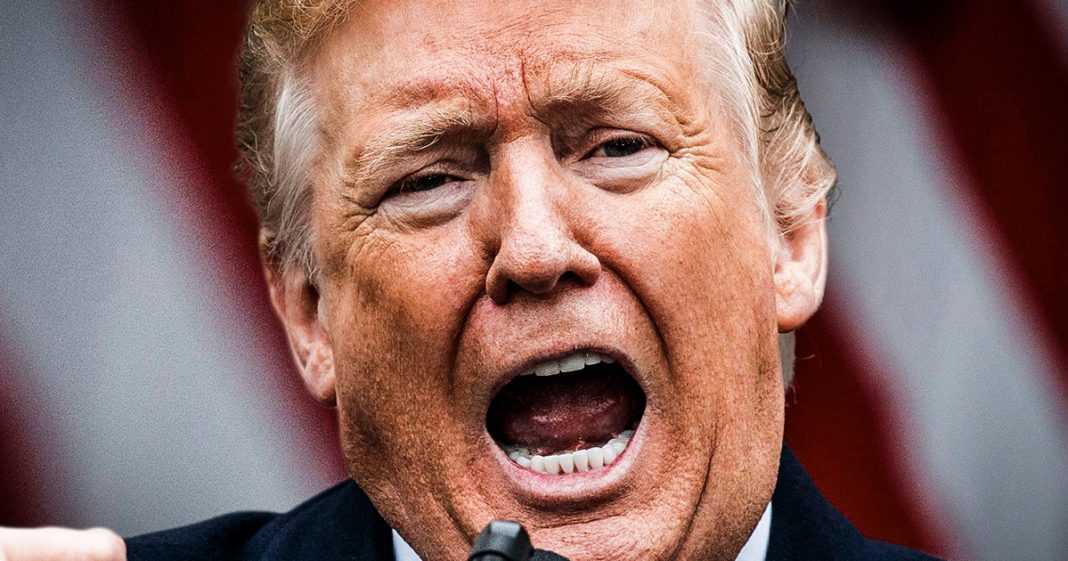 Fordham College has confirmed one of the lesser charges leveled at the Trump administration by Michael Cohen during his testimony by saying that they were contacted by members of the Trump campaign warning them against releasing his college transcripts, grades, or standardized test scores. The question now is how bad were these scores if Trump was willing to launch a legal battle to protect them. Ring of Fire’s Farron Cousins discusses this.

One of the weirder things that Michael Cohen said during his testimony on Wednesday was that when Donald Trump first decided he was going to run for president, he had members of his staff call, his former college, has former high school basically anywhere he’d ever attended academically and threatened them with legal action. If any of them ever released his transcripts, his grades, or a standardized test scores to the media or to the public. You tell anybody what a crappy student I was and I’m going to sue you into oblivion. That was a weird claim. The Michael Cohen made you know what really wasn’t relevant to anything but he was, he was telling us that to show us just how secretive and sneaky and deceitful Donald Trump truly is and you did a good job of painting the picture. But here’s the thing, Michael Cohen, as Republican’s told us all day long is a liar.

How can we believe anything? He says, well, Luckily Fordham University, we’re Donald Trump attended for two years, came out immediately and said, Michael Cohen is telling the truth. We got the phone call and then we got a letter warning us that if we ever tell anyone about Donald Trump’s grades, we’re going to be sued. So that’s been confirmed. We know now that Michael Cohen, at least on that particular issue, was telling the truth, but that’s not really the issue. Michael Cohen had no reason to lie yesterday. He’s not going to get a lighter sentence. He’s already been sentenced. He has nothing left to lose, but Donald Trump has plenty to lose and in fact he’s had plenty to lose since day one since day one of the campaign. And that’s why he called. I mean, he called his fricking high school. It said, don’t you dare release my transcripts. This guy must have been one of the worst students imaginable.

His sat scores, which he’s also threatened people to not release, must have been, I mean God probably in the double digits, not even the triple digits, just the doubles. I don’t even know if this man would have been able to get his name right on there. And that’s why he doesn’t want us to see what’s in these. Because if we see them, if we learn that he is in fact not a very stable genius, then that not only does that crumble the facade that he’s built as president, it crumbles the entire facade of the Trump organization itself. That whole organization that he built off money his daddy gave him is built around the fact that Donald Trump is the greatest human being to ever live. That is what Trump wants to pour portray to everybody in the world that he’s the greatest ever. Nobody’s ever as great as him.

Nobody ever has been. Nobody ever will be. But if we were to get a hold of these transcripts and say, Oh wow, he was a solid c student, wasn’t top of his class, wasn’t even near the top of his class, then suddenly the entire narrative around Donald Trump that he has been building for over 70 years is gone and I can promise you there is nothing flattering in this guy’s transcripts because if there was, if we had sat scores, you know, in the 15 or 16 hundreds we would have all known about that for 20 years. If he had an Iq that was above 100 we would have known about that for our entire lives. If he was a straight a student in honor student, you know, doing everything possible to be the best student he could be. Again, that would have been, we’d still get tweets about that, but we don’t because he’s not, and that’s why he’s hiding it.