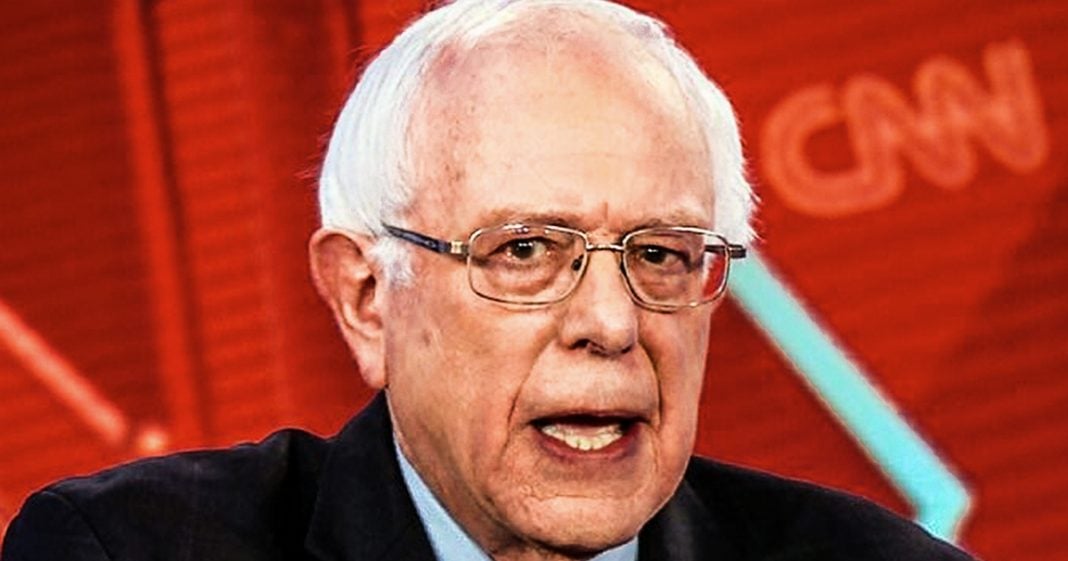 A spokesperson for CNN has finally issued a statement saying that the network should have properly identified the people who were asking Senator Bernie Sanders questions during his Monday night town hall after it was revealed that a great number of these “average Americans” had ties to establishment groups and lobbying firms. Their half-hearted apology is really just an admission that they were trying to stack the deck against Bernie, as Ring of Fire’s Farron Cousins explains.

CNN has finally admitted that, yeah, we stacked the deck against Bernie Sanders Monday night during his town hall, and we probably shouldn’t have done that. Now. They didn’t actually admit that they stack the deck. They did release a statement through a spokesperson that said, though we set at the beginning of the town hall that the audience was made up of Democrats and independents. We should have more fully identified any political affiliations. Now that halfhearted apology slash excuse is really no excuse for what they did. You know, a paste magazine did a phenomenal job of kind of going through and identifying multiple different people who were allowed to ask Bernie Sanders questions at this town hall. And it turns out, oh, we’ve got, we’ve got interns at lobby shops. We have chairs of local democratic parties who, you know, not too fond of Bernie. We have people who sit on the boards of organizations founded by some, or funded, excuse me, uh, by some of the most ardent pro war right wingers available. And all of them were simply identified as a voter, a Democrat, you know, political lover.

Bernie handled it like a champ. Don’t get me wrong. He did a phenomenal job, but CNN proved once again how horrible they truly are. All they had to do was say that these people were lobbyists. They worked for lobbyists. They were a former lobbyists there, a chair of a local Democratic Party, but they failed to do it on one, two, three, four, five, five at least. People who ask questions fall into one of those categories. CNN knew that. That’s why they issued the statement of, Oh, we should have identified them better, which to me again indicates that they knew they were doing this. CNN, honestly, they can’t be trusted. I know. It’s great when you have a Chris Cuomo come out there and make Kellyanne Conway looks stupid, but literally any one of the country can make her look stupid. We don’t need a Chris Cuomo for that. That’s not excusing all of CNN’s behavior.

The things that they’re doing, the way they’re stacking the deck against the most popular politician in the United States. I don’t care if you personally support his bid for president or not. The fact remains, he is and has been for the last two years, the most popular politician in the United States. His ideas that were friends considered two years ago are now mainstream and actually supported by a majority of even Republicans and CNN, for whatever reason, tried to undermine him. So yeah, Chris Cuomo could come out and get a few good shots at a Trump administration official or some of the other folks on CNN can do that, and they get some praise. They get some viewers, but at the end of the day, that doesn’t change who this network is. We saw who they are and what they are Monday evening, and they’re dirty. They’re sneaky, they’re deceitful, and they have absolutely no reservations and no shame about what they’re doing.