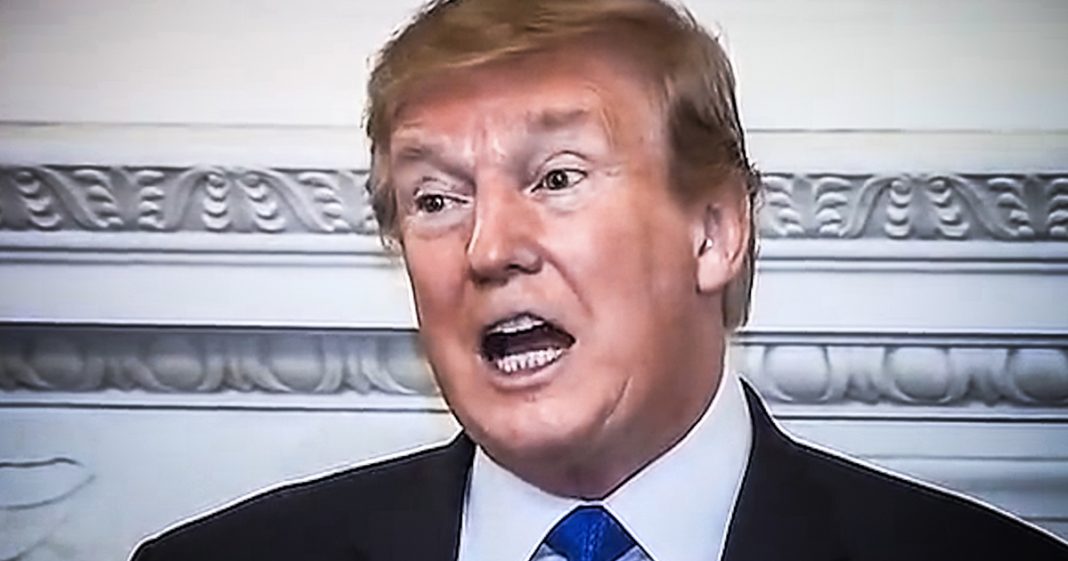 During a speech to governors from across the country on Monday, Donald Trump lied to their faces and claimed that his daughter, Ivanka Trump, has created millions of new jobs. He provided no context, no statistics, and no explanation for his claims, but that didn’t stop the crowd from erupting in applause. Ring of Fire’s Farron Cousins discusses this.

My daughter Ivanka, who’s going to be speaking later, is she has been so much involved, so incredibly involved. What Ivanka, Ivanka keep keep going created. My daughter’s created millions of jobs. I don’t know if anyone knows that millions of jobs created solely by Ivanka Trump. According to President Donald Trump, he did not offer any stats, any figures, facts, you know, graphs, charts, nothing like that. Didn’t tell us what industries these jobs were in. Didn’t tell us how she did it, didn’t tell us where they were, but she did it. She created millions of jobs according to Donald Trump. And when he said that, all of those idiots sick offense in that room just started clapping. Yay. Ivanka. Millions of jobs. We have no brains. It’s ally. Ivanka Trump has not created any jobs. In fact, she’s actually destroyed jobs since she came into the White House by being forced to shut down her clothing line. Ivanka is created nothing of UNC, has created nothing her entire life. Yet here is a man who has this very creepy relationship with his own daughter telling us that she has created millions of jobs. You would have to have something severely wrong with your cognitive processes to believe that Ivanka Trump has created millions of jobs, and even if he were before, referring to just the Trump organization. Well, the Trump organization only has a little over 22,000 employees.

Still still doesn’t add up to a million, let alone millions. So what is this? This is an example of why Donald Trump cannot be president of the United States. He is not mentally fit. But what’s even more concerning is that the people in that audience, we’re not mentally fit enough to call him out. All they did was clapping, smile, clap, and smile. Guys, everything’s going to be great. We had Ivanka Trump creating millions of jobs. Ivanka Trump hasn’t done a damn thing. Donald Trump hasn’t done a damn thing, and the Republican Party, Republican leaders are too cowardly to point that fact out. They knew it was a, they knew it’s not true, but they sat there and acted like everything that man said was gospel. Any one of them could have stood up and said, hold up. Where are these jobs? The jobs aren’t in my state, not in his state, and in her state, where the hell are they? But they didn’t, didn’t want to cause a scene, didn’t want to make waves, didn’t want to get an angry tweet from the president directed at them later in the day. And that’s why they’re all falling in line because they are literally every one of them afraid of a mean tweet from the president of the United States. That’s why he lies so much, because nobody will call him out for it.