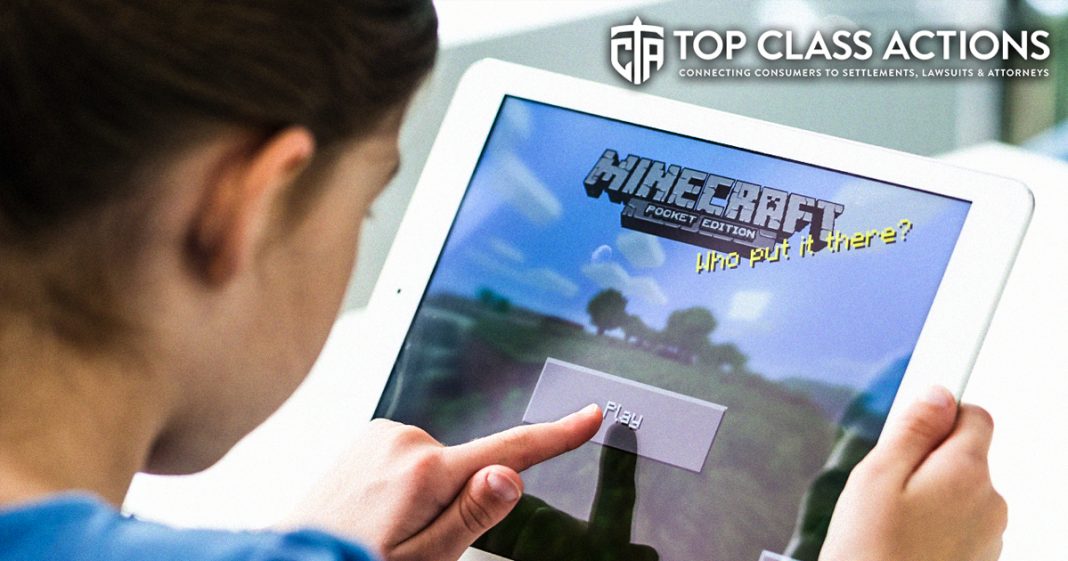 Several lawsuits are targeting companies that allow children to make in-app purchases without getting parental consent. Documents recently unsealed after legal action by The Center for Investigative Reporting show that Facebook bilked kids and parents out of money using in-app purchases and kept doing so even though an employee had discovered a fix. A recent class action against Sony claims that the entertainment company designs their PS4 games to bait children into making purchases. Ring of Fire’s Farron Cousins discusses this with Scott Hardy from Top Class Actions.

Farron Cousins:                  A few years ago when cell phones realized, you know, these app companies realized they could get more money from consumers by not just charging them to buy the thing, but charging them for other things you can buy inside the game. Well, the big video game companies saw that and thought to themselves, you know what, we could get in on this action too. And so began the era of in-app purchases. We see it on Facebook, we see it on Playstation, Xbox, Nintendo, all the apps on your iPhone or your Android.

Everybody’s offering in-app purchases because that is a quick and easy way to make money and it’s also an easy way for children to get their hands on that device and make all these purchases without their parents consenting and sometimes without them even knowing that it’s happening. Joining me now to talk about this as Scott Hardy from topclassactions.com. So Scott, right now we’ve got class action lawsuits against Sony for the PS4 game, probably one of the most popular ones in the last two years, Fortnite. Fortnite, and the in-app purchases. Tell us what’s happening here with this.

Scott Hardy:                          So for the Sony class action, and as you mentioned Fortnite, which of course is available on a number of different media platforms. These platforms have made it so easy for kids and general users to make purchases that they just, you know, a lot of times they don’t even think it’s real money. I mean my kids when they were there on their, their devices and their, their smartphones and they’re just sitting there and they’re saying, dad, I want to go ahead and get this expansion or you know, this little extra bit for the game or whatever app they’re playing. And once I see it, it takes the password. I’m like, honey, that, that costs real money. This isn’t just imaginary. And they get disappointed.

Farron Cousins:                  They do. I have to say, my kids have brought me my own phone several times trying to play games that I have on their for them and say, oh, it needs you to do your thing. I’m like, well no, you’re, you’re trying to buy a $10 expansion pack and I’m not going to do that. But, but that’s the problem is that the kids don’t understand. And the only reason it’s asking me for a password is because I’ve set up that protection on my phone.

You can just as easily go into your settings, turn that off, and then if you go to do an in-app purchase, it’s instant. It happens. It’s done. And that’s a problem is a lot of people don’t either, don’t understand that you have to go and do that or they don’t know how to do that. Or maybe you know, the child went in there and actually turned it off if you don’t have a pass code to change your settings.

There’s a thousand different little things and the game makers, according to the class action lawsuits, understand that and they’re actually exploiting it and that’s why we’re having a problem. It’s not that they offer in-app purchases, it’s that they’re trying to disguise it in a way that’s going to almost bait these kids into doing this. And I have, I have a funny story to tell and it’s almost embarrassing a little bit, but my father actually fell victim to this a couple years ago with the first Angry Birds and they unleashed the Golden Eagle, which you could use to just beat a hard level.

Well he didn’t know it was costing them a dollar every time we use that. And he is zipping through levels left and right with his Golden Eagle and he ended up with almost $200 in charges because he didn’t know it was paying a dollar a time. I felt really bad. But you know it, I see it happen, I’ve seen it happen in my own family obviously and it happens all over the place. People don’t understand or realize that, oh wow, I just bought something. I didn’t know that. Why didn’t they tell me? It’s they didn’t tell you because they designed it so that you wouldn’t necessarily know that that’s what was happening.

Scott Hardy:                          Exactly. You’ve got Playstation, the PS4 which has their v-bucks and so you know, literally stands for virtual bucks. We’d go ahead and put some money down and then you got your kids on there. They just see that there is, you know, a hundred or however many dollars of v-bucks and there they don’t know it’s real money. They just go, man, I’ve got plenty of v-bucks. I’m just going to go ahead and spend it on all this virtual things, which I don’t need, which don’t actually matter to the game and make it a little easier.

Or as you mentioned with Fortnite, might make an extra cool little dance on the screen, but they don’t, you know, these things are intentionally made so that consumers, and specifically children don’t know that they’re spending real money. And in the Facebook class action, it’s actually referred to as friendly fraud. So come on, really Facebook? I mean you got everything else going against you right now and there are all these issues. But when the, we are referring to the efforts to get kids to spend more money in your game says, oh, it’s friendly fraud. Oh come on, we’re all pals. You got to think you’re going to get caught.

Farron Cousins:                  Absolutely. And yeah, I mean, Facebook know they, they’ve been busted on so much recently, you know, whether it’s friendly fraud as they call it. You know, age discrimination in their job posting lists. I mean, good grief that company’s legal problems are mounting up so quickly. I hope anybody who bought stock in them is paying attention to this because the problems for Facebook just continue to mount here. But you know, overall consumers protect yourself.

There is, there are settings on your phone, on your, on your Playstation, on any gaming console you may have. You can go in, make it to where there has to be a password in order to make any of these in-app purchases. Same thing with Facebook. Check your settings and protect yourself. I go back through all time just personally making sure my Facebook settings have not changed. Making sure that, you know, my child didn’t accidentally opened my Facebook app and get into the settings on accident.

It happens more often than you would think. Check it regularly and protect yourself. And in the meantime, what you can do to protect yourself is go to topclassactions.com and sign up for their weekly newsletter. Join hundreds of thousands of other people who are getting news delivered to them every week to help protect themselves as consumers. Scott Hardy, topclassactions.com, thank you very much for talking with us today.