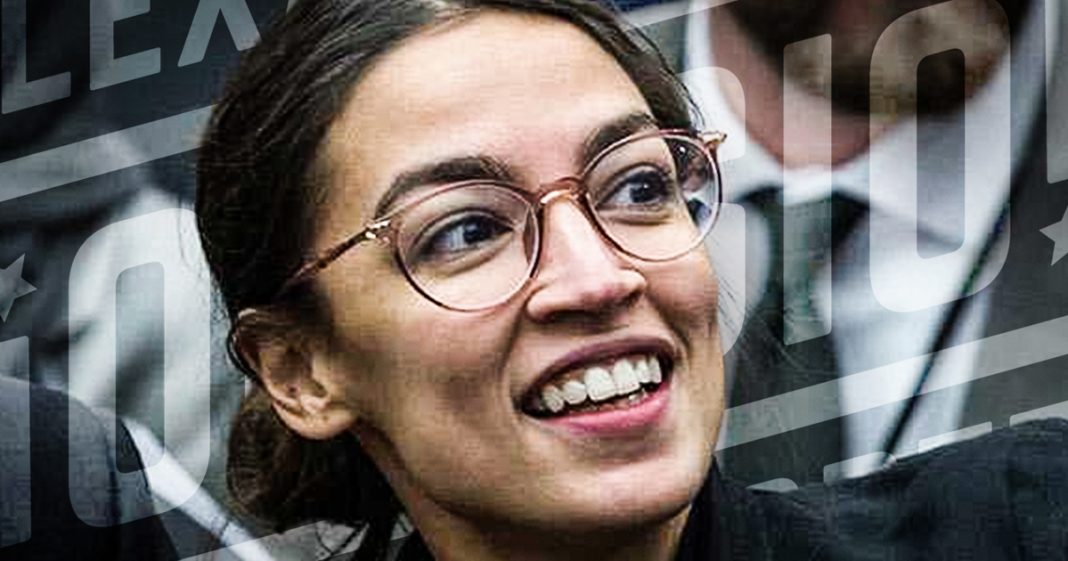 A group calling themselves the Job Creators Network has been placing billboards in prominent locations in New York City that put the blame for the failed Amazon deal squarely on the shoulders of Representative Alexandria Ocasio-Cortez. They claim that she was able to kill the deal, and that she allegedly killed tens of thousands of jobs along with it. What they are saying, however, is that they are funded by the same billionaires who stand to lose the most now that the public is angry about the subsidies that they are receiving. Ring of Fire’s Farron Cousins discusses this.

Last wednesday, a billboard appeared in Times Square in New York City, calling out representative Alexandria Ocasio-Cortez for allegedly killing the deal between New York and Amazon. This billboard was put up by a group called job creators network and job creators networks as they just cared about the people you just killed, AOC, 25,000 jobs, hope you’re happy with yourself. Well then AOC called them out and then they put up a couple more ads and billboards costing several thousand dollars a piece just to tell her how much they hate her and job creators network thought, man, we’re so smooth and slick. Nobody knows who job creators network is. Well, luckily the Internet exists and we still do have some really good investigative journalists in this country. Uh, specifically Alex Kotch with sludge who went ahead and did a little digging into job creators network. And you know what Kotch found? He found out that this job creators network, this group that is a nonprofit, but they’re totally in the corner of American workers.

They even say we’re from main street. Well, it turns out you’re actually for billionaires because that’s who’s funding you and that’s who’s pulling the strings, including a little bit of side by side work along with Koch Network organizations according to what Alex Kotch has reported here are just some of the links. Um, they, uh, they made 11.1 million in 2017. A lot of that money at the moment has not yet been disclosed. The sources of it, their financials have not come out for that year. But cots was able to go through and find the sources of roughly 8.3 million of that 11.1 million. And here are some of them. Bernie Marcus, uh, the retail industry leaders association, Robert Mercer, a well known Republican funder, uh, Philip and shuts donor’s trust, which is a group that the Koch network uses a frequently to kind of help funnel money between donors and a activities, organizations, whatever it is, Art Pope Robert [inaudible], Lindy and Harry Bradley Foundation and the Fidelity Charitable Gift Fund.

Now that’s just a point 3 million of their 11 point $1 million operating budget and income for 2017. Does this sound like a group that’s for Main Street now? Cause if they were four main street, they wouldn’t be mad about the Amazon deal falling through. This wasn’t going to help workers. This was going to help already wealthy people get extra money in their pocket for doing nothing more than opening up a new branch of their business. The 25,000 jobs that they promised us we’re going to come likely wouldn’t have materialized and even the ones that had, we already knew based on reports that a lot of these, we’re just going to be, people moved from other Amazon operations in other states moved into that area. So technically not 25,000 open jobs for New Yorkers because most of the workers were going to be imported anyway. The reason job creator network is going after AOC and really anyone else who opposed this deal is because what they did by opposing this deal is exposed the scam, the tax scam that American companies had been pulling off for decades. We know now that the city, the state was ready to hand over millions of dollars in cash and grants to Amazon in addition to a few billion dollars in subsidies. That happens with companies all over this country every single week, and now it’s been exposed and now the donors of job creators network are facing a really bad situation because everybody knows the scam and now everybody knows what to look for.