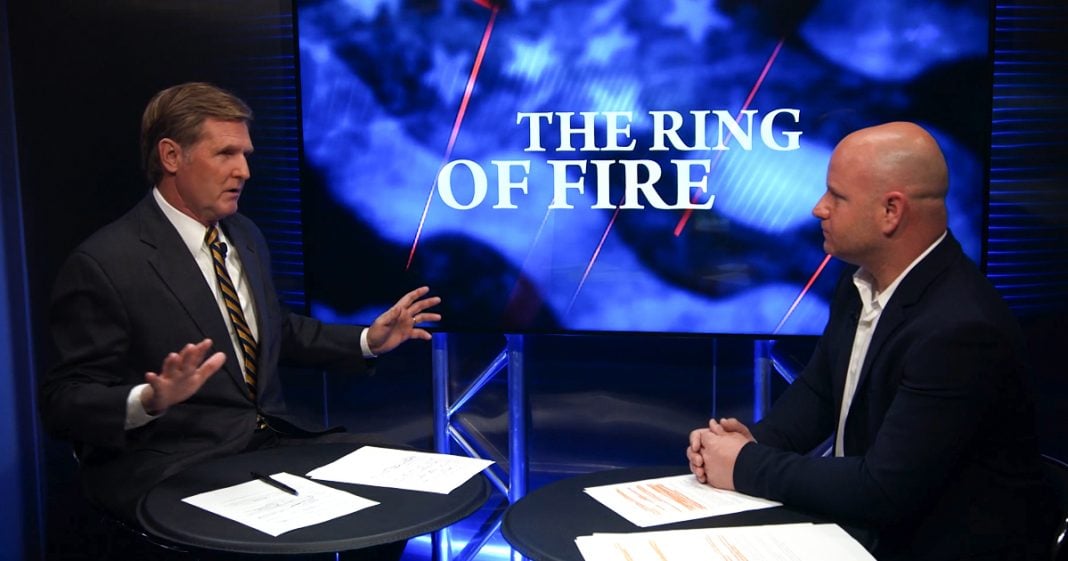 Several Republicans in Alabama, including a sitting a State Representative and a former Republican Party Chairman in the state, have been hauled off to jail on charges of bribery. Ring of Fire’s Mike Papantonio and Farron Cousins discuss this issue.

Mike Papantonio:             Several Republicans in Alabama, including a sitting a State Representative and a former Republican Party Chairman in the state, have been hauled off to jail on charges of bribery. This is a pretty clear case, no guesswork here. Absolutely no guesswork.

What ends up happening is you have a company that’s in the dialysis business, they want to sell their dialysis product. They want as many patients as they can get. They want to promote the use of our new dialysis facilities. And, unfortunately, insurance companies are saying, “Whoa, whoa, wait just a second. We’re not going to be so quick to pay that”, which we expect from insurance companies. They do that all the time.

I don’t know who’s worse here, the insurance company, the dialysis company, or the senator, the politician that took the bribe. What’s your take on it?

Farron Cousins:                  Well right, ’cause you had Blue Cross Blue Shield that said, “Look, we’re not going to accept any claims from this company. That’s not what we do.” So, then the company, the dialysis company, goes to the lawmakers, says, “Alright, you need to write legislation to force this private company to accept my services. Here’s some money. Go do it.”

They did it, so they’re forcing Blue Cross, who didn’t want to pay for anybody’s care. They just wanted to get money, to accept money from this obviously crooked company. Now the lawmakers are in jail right now. They got arrested. They got handcuffed, which is great, but honestly, though, what gets me about this story is, is this not what happens every single day in Washington D.C.?

Mike Papantonio:             The problem is we’re afraid to talk about it. Alabama is a cesspool. I mean Alabama, if you remember the story about Don Siegelman?

Mike Papantonio:             Siegelman had done, I mean, I know Siegelman, have know him for a long time. Guy did nothing wrong, but politics, back then it was the turd blossom.

Mike Papantonio:             You remember Karl Rove the turd blossom? Well the turd blossom was going after Siegelman. He was probably one of the few honest politicians that had come out of there during that time. He ends up in prison. Guy like this, eh, I’m, you know, who knows? He’s in jail right now. Will he end up in prison? It’s anybody’s guess.