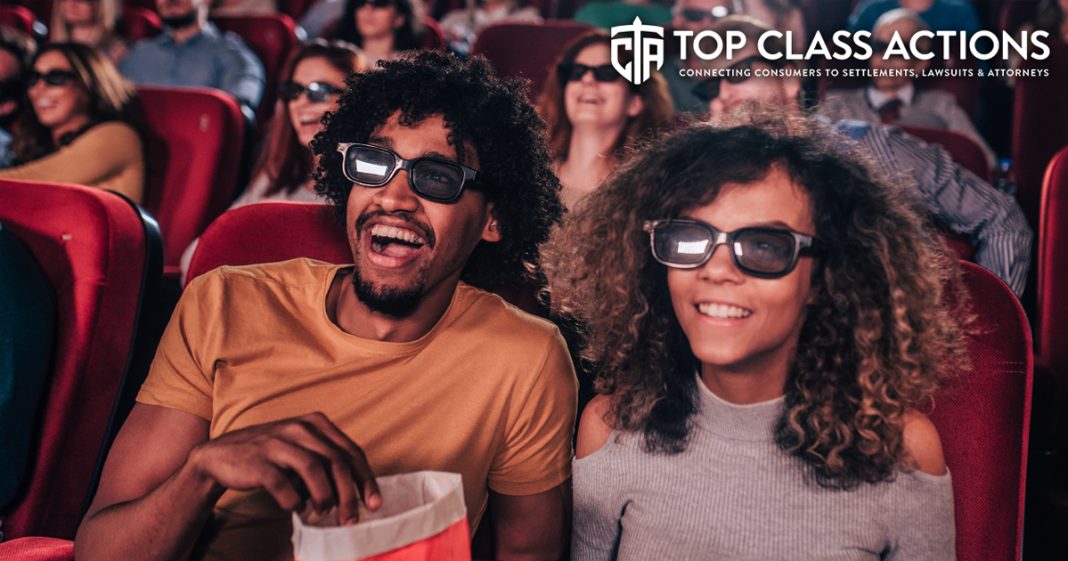 A class action lawsuit claims MoviePass intentionally misrepresents its theater subscription service by promising customers that they’ll have “unlimited” access to movies, when in reality MoviePass significantly limits the selection of movies and theaters available. Ring of Fire’s Farron Cousins discusses this with Scott Hardy from Top Class Actions.

Farron Cousins:                  Several years ago when the, MoviePass came out, movie buffs all over the United States we’re excited. You know, this was a way to save money. Go see as many movies as you want, never miss a thing. And again, you’re saving a lot of money in the process. Instead of spending thousands of dollars on movie tickets, you might only spend a couple hundred on this MoviePass and then you’ve got an all access pass to any movie, any theater that subscribes to this that you wanted.

Unfortunately a lot of consumers have found out that that may not actually be the case with these MoviePass’. And joining me now to talk about this is Scott Hardy from topclassactions.com. So Scott, we got a new class action right now against MoviePass from users who say that MoviePass is actually not letting them go see any of the movies in any of the theaters that they want, which is exactly what they had advertised they would have been able to do. So tell us what’s happening.

But as it’s continued to progress, they’ve put more and more regulations on, and rules, on when you can go see a movie, what movies actually qualify from the MoviePass and they keep taking away more rights for their actual buyers of this MoviePass. So originally you could go and see a movie and go see it as much as you wanted if you really liked it. You know, something like an Avengers movie, people went back and saw that multiple times.

Well then they came back and said, no, sorry. You can only see it once, but please go and see it once. Then they started restricting the movie times. And so even though it might be showing in three or four theaters at your local movie theater right there you, you’d show up and they would say, I’m sorry, the MoviePass screenings are sold out. And you can say what it’s actually showing on three separate screens at this movie theater.

Aha, the MoviePass but those seats or are all unavailable, sorry, can’t help you there. And now they’ve also changed, added some additional regulations where if it’s a big blockbuster, like a new Avengers movie that’s coming out soon and a lot of us can’t wait, at least if you’re a huge nerd like myself, then that one you might not be able to see until weeks later because, you know, they want to sell all of the premium seats to the people that don’t have it a MoviePass.

So the MoviePass users have just gotten their, their rights to see these movies more and more restrictive. I mean, it just reminds me of, you know, trying to use your frequent flyer miles. You rack up all these miles thinking you can fly wherever you want in the world and then you try to use them and the airline goes, no, no, no. And you have the same thing with MoviePass. People are sitting here pay for this MoviePass thinking they can go to the theater and watch a movie and the movie theaters go, yeah, you can only see it in off peak times and movies that you don’t actually want to see. And if you’re the only one in the theater.

You know, we get hit with music subscriptions, we get hit with our, you know, individual HBO’s or Showtimes or whatever it is and Hulu’s and Netflix and now MoviePass. And like so many other things they’re just slowly like, okay, well we’re going to take away some of your benefits. We’re not going to change how much you pay now, which is the biggest problem, but you’re still gonna pay this, this premium fee to us. You’re going to get fewer benefits. And then probably six months from now, those benefits might even go down.

But don’t worry because maybe our fees are going to go up. So you’re just kind of getting, getting it doubly here. You know, this is awful. And to me though, I also don’t necessarily know if this is just a function of MoviePass or if maybe the theaters, the big theater corporations because that’s what they are now. If they’re kind of trying to work against MoviePass, or what it is, but but something doesn’t smell right here. And I think this is the kind of story that also you know, is going to benefit from a little bit deeper digging. Hopefully discovery in a class action suit.

Because I, I wouldn’t be surprised to find out if some of these theater corporations were trying to block out the MoviePass people. So this, this to me is very interesting and I, and I think right now we’re barely scratching the surface too.

Scott Hardy:                          Exactly. Because now you have the big theater chains like AMC, which have their own version of MoviePass. So the, you know, the AMC gold VIP pass. So you can buy that and you can see unlimited movies at AMC theaters. So it’s a direct competitor to MoviePass. And I think that’s what the movie, the people who actually founded the company weren’t necessarily planning on is that people would flock to this, start going to movies more. And then the big theaters, like you said, like AMC, they went, man, this is great.

Well we don’t need this MoviePass guys. We’ll just start our own version because everybody has their local movie theater they love anyways. And you go to the AMC version and I believe that they don’t have those restrictions. 3D movies, IMAX movies, go and see it as much as you want. You can, you know, it’s, it’s a lot more available and it’s hard to be a third party like MoviePass and try to break your way into an established chain like an AMC or Regal who will just, if it’s a great product, just roll out their own version just like Amazon does for all of their top selling products. You got your Amazon basics, why go ahead and go to a third party? Just stick with the brand, you know, and you love.

Farron Cousins:                  Yeah. So again, this is something I look forward to following this because, again, personally, just looking at this, knowing histories of corporations, and things like that, there’s definitely a lot more to this and hopefully we will find that out. But in the meantime, anybody looking for more information about this, follow the link in the description of this video. Head over to topclassactions.com and while you’re there, make sure you sign up for their newsletter every Tuesday.

Get the information that matters most to American consumers. Scott, you guys are up to almost 1 million people right, on your mailing list? I mean, you’re, you’re inching closer and closer to that 1 million number. So this is a lot of people, hundreds of thousands who understand the importance of what you do. So thank you very much, Scott Hardy, topclassactions.com. Always appreciate talking to you.