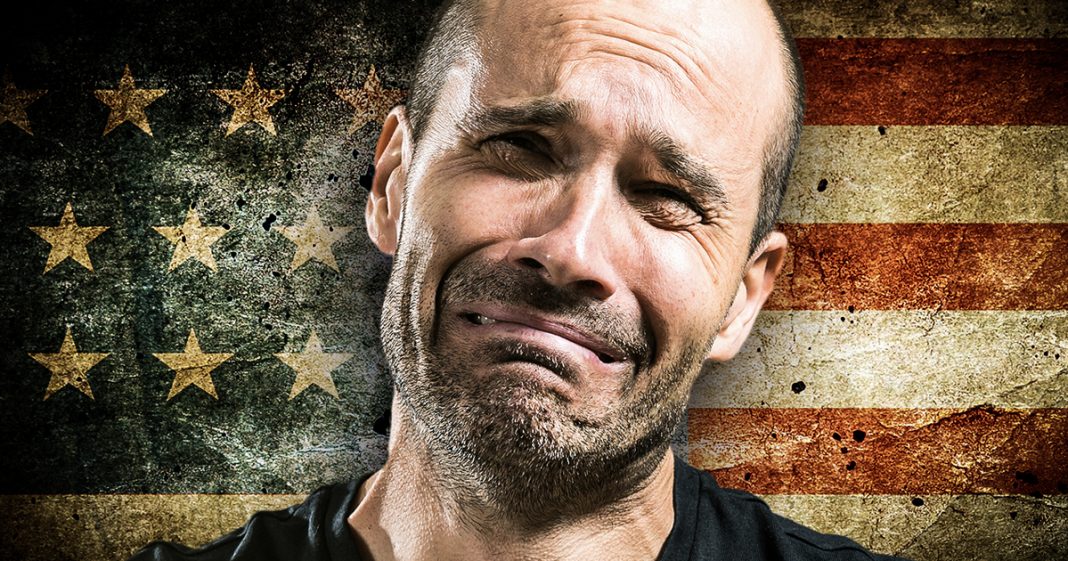 According to a new report, a significant minority of people in the United States have zero contact with people who are different from them. They aren’t experiencing interactions with people of other races, other cultures, other religions, and even opposing political views. They are, in essence, living in their own little bubbles and they don’t want to experience anything different because it frightens them. Ring of Fire’s Farron Cousins discusses this.

According to a new study, most Americans throughout their lives, probably most of us on a daily basis, have interactions with others. And what I mean by others is not just a another human being, but another human being who’s not like us. They’re not the same color. They’re not the same religion. They’re not the same sexuality. They’re not from the same city, state, hometown, street, neighborhood, whatever. They’re different. They allow us to get a better taste of plurality here in the United States. The study says most of us live like that, but unfortunately there is a minority, but it’s a very strong minority of people in this country who do not ever experienced that. Some of it because of geography and they physically cannot experience it. Others by choice. And here’s the scary thing. It’s not just republicans. It’s like majority Republicans, but Democrats do it too.

They seek out people who are just like them. You know, if you’re a white Democrat, you’re seeking out only other white democrats typically have the same gender, but you don’t want to have interactions with people who do not agree with you on the issues. Republicans as this study shows and other studies have shown are actually even worse than that. But here’s the problem. We as a, as a society, as a culture, as a country, as a whatever the hell we actually are, we’re not going to ever advance. We are not ever going to be really inclusive until we stop segregating ourselves, right? I mean, we have to experience new things, new cultures, new countries for God’s sake. You know, personally, I’ve never left the United States, but it is something that I am desperately wanting to do. And if I wasn’t financially, uh, forbidden, basically from doing that, I would, because I would love to go travel and go meet other people and go see other countries and see how they run.

Just to get a little bit of a taste of what else is out there and what can we bring back here to make us better. But see, that’s the difference. Too many people do not have that drive to. Many people do not want that. They want to stay in their bubble. Most of them probably haven’t even ever left their home towns. They grew up there. They went to daycare there, then went to high school there. They may or may not have gone to college if there was one down the road. Otherwise they just stay there for ever and they never experienced anything else. And because of that, their views, their opinions, their experiences never broadened beyond that. And that creates problems that helps to create this. It’s US versus them mentality. My group is better than your group mentality and we have seen too much hate in this country, but this study kind of shows that some of this hate is born out of the seeking out of people like us and the fear that we have of people who are not like us.

That’s on us the change, and it’s not somebody that’s going to be easy. I don’t even know if it’s something that can be done. And the good news again is that the vast majority of this country is not like that. But those little bubbles do exist until we reached those bubbles. Until we pop those bubbles and help these people to realize that everybody’s not awful. Even if they disagree with you politically, if we don’t pop those, there’s always going to be these pockets of hate, these pockets of bigotry, whether it’s expressed or not. Some of it could be internalized, and that really does go both ways on both parties, but those bubbles have to be popped. It’s gotta be done in a sensitive way. It’s gotta be done in a way that makes people feel like we’re not attacking them, but we can reach these people. We can help them. We can give them better experiences because there’s very few people in this country who wants, they experience a lot of new things ever come back and say, wow, I wish I hadn’t done that. That’s where we have to get, we have to get people to say, you know what? I’m glad I did that. I learned something new. I saw it from a different perspective. I see things differently now, but until those bubbles pop, that new viewpoint is never going to emerge within those people.