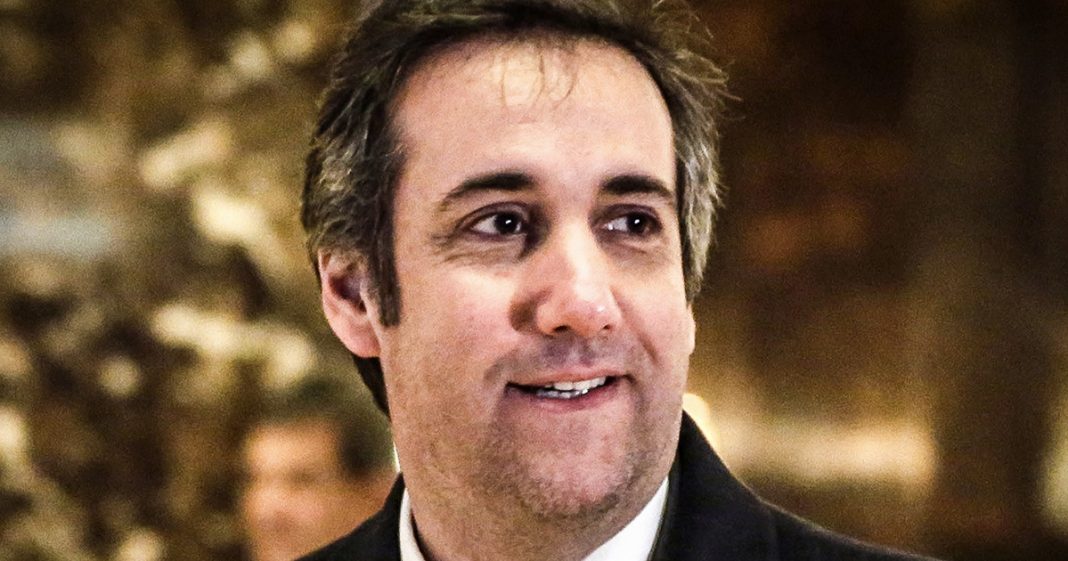 According to Michael Cohen’s attorney Lanny Davis, Cohen is ready to reveal all of the “chilling” information that he has on Donald Trump. Davis himself admitted that these stories about Trump, which he has already been told by Cohen, are absolutely horrifying, but it will be interesting to see what Cohen has to say and how the public reacts. Ring of Fire’s Farron Cousins discusses this.

Laney Davis, the attorney for Donald Trump’s former lawyer slash fixer. Michael Cohen went on an ABC podcast this week called the investigation where he said that his client, Michael Cohen is now 100% ready to start spilling the beans and dish out all of the dirty and disgusting secrets that Donald Trump has been trying to keep quiet for years. Specifically Lanny Davis said the Koan is going to start telling the stories of all of the horrendous things that Donald Trump had him do while he was his quote fixer. So we’re about to find out everything. Some of these could potentially rise to the level of being criminal activity while others could just show what a disgusting and deplorable human being Donald Trump truly is. Here’s the problem though that I have with this particular story and that is it’s not going to change anyone’s minds. That’s the bottom line. We all already have our confirmation bias.

If we hate Trump, these stories are going to make us hate him more. If we love Trump, these stories are going to make us think that Michael Cohen is a dirty liar out to smear Trump because he’s mad he’s going to jail. No buddies. Opinions are going to change because of these stories. And that’s what’s so disappointing about it. Michael Cohen has proven that he’s, he’s a liar. He can’t exactly be trusted. So even if some of these stories do implicate Donald Trump and criminal activity, we still have to look at them skeptically given Michael Cohen’s history. Now, Lanny Davis did also say that Michael Cohen fears for his life because of Donald Trump labeling him a rat, which when he goes to prison, that’s what they call the snitches. And snitches tend to not fare so well when they’re in prison. I’m willing to bet Michael Cohen’s going to get some kind of protective custody, something in prison to keep him a little safe, considering how high profile he is and how valuable he’s been to these other investigations.

But she never know. But the bottom line is that when it comes to knowing every dirty secret about Donald Trump’s life, Michael Cohen knows it. Whether or not he’s going to give us an accurate portrayal of what Donald Trump’s life is like is another thing. Yes, he knows the truth, but are we the public actually going to get the truth, and if we do, is it actually going to make any republicans out there finally look at Donald Trump and say, you know what? That’s the last straw for me. It wasn’t the access Hollywood tape. It wasn’t his childlike behavior and his insults on Twitter. No, it was the Michael Cohen stories that he told from his prison cell. I don’t think it’s going to happen, and to be perfectly honest, that is very unfortunate and it’s very sad, not just for Cohen, but for those people who will continue to worship Donald Trump like a god and refuse to believe any negative story that comes out about this guy.