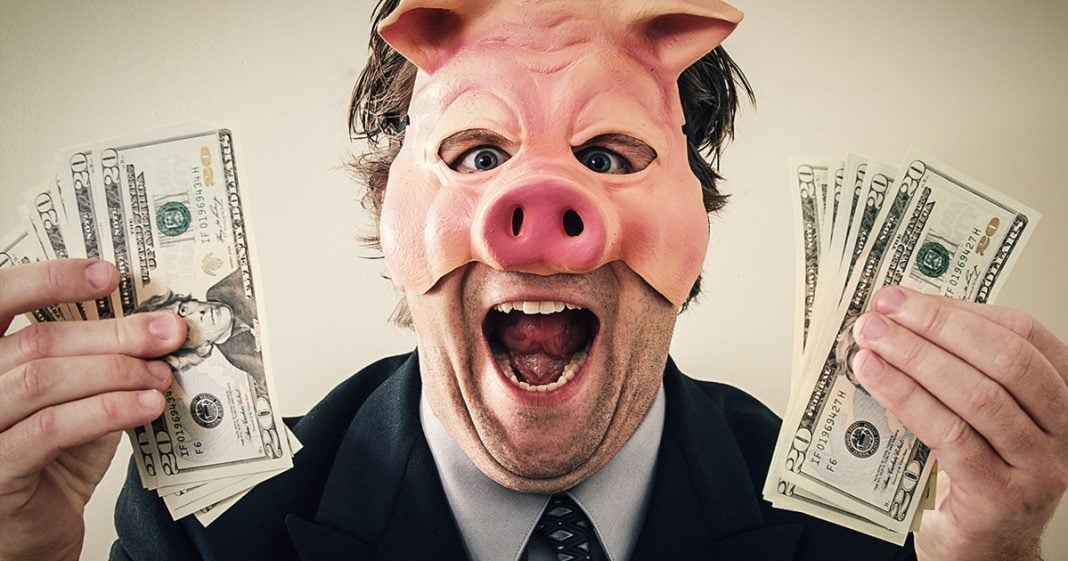 Stories are still coming out about American citizens getting screwed over on their taxes, even as Republicans insist that we’re paying less. At the same time, a new report shows that Wall Street banks managed to save $28 billion on their taxes last year, showing us who is REALLY benefitting from the Republican tax cut plans. Ring of Fire’s Farron Cousins discusses this.

As reports continue to come out from angry American voters saying that their tax refunds are shriveling or that they were paying money into the IRS for the first time in their entire lives. We can all rest easy because yes, there are some people out there who have gotten tax cuts and they’ve gotten massive tax cuts. The problem is that these people happen to actually be banks and not individual human beings. Certainly not voters, certainly not struggling Americans. It’s the banks that are the biggest beneficiaries right now of the Republican tax cut. In fact, they’ve been so lucky that in the year 2018 alone last year, they got an extra $28 billion to put in their pockets solely from the changes in the tax code given to them by Republicans. According to numbers from the FDI. See a total of 5,406 banks, all the banks that are with the FDI see, which includes the big ones, a lot of small ones and everything in between.

Uh, they made a combined $28 billion in tax savings last year, $28 billion that otherwise would have. And should have gone to the IRS, but instead they got to keep it in their pockets. And no, that does not mean that they made 28 billion in profits. No, they made, uh, let’s see, where’s the number? $237 billion in profits, which was a 72 point $4 billion increase over the year before 28 billion of that was directly due to the tax law changes. So as way consumers, workers, the backbone of America continue to get screwed on our taxes, which more and more people are starting to find out as they keep filing. Uh, we can rest easy knowing that the big banks were taking care of, you know, the folks who caused the financial meltdown of 2017 and none of them ever went to jail. They’re getting their just desserts now in the form of $28 billion. Meanwhile, the people, they screwed over the people whose lives were destroyed, the people who now can’t retire ever because their retirement savings were totally gambled away by these big banks. We’re the ones having to pay more in taxes just to make sure that there’s enough extra money to give banks and other corporations this major tax break. And if this pisses you off, then I hope you remember that this was 100% brought to you by the u s Republican Party.