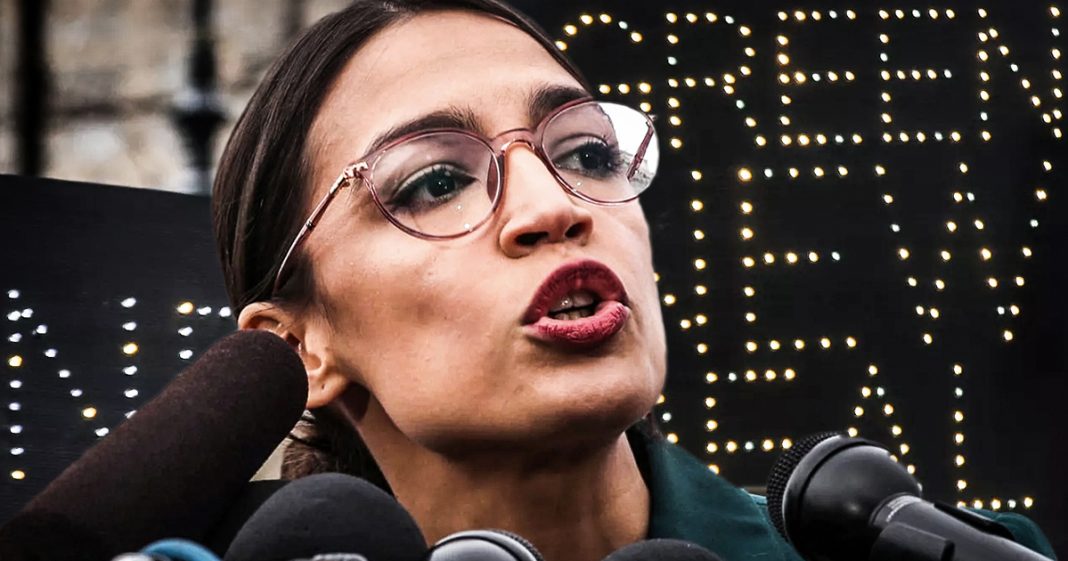 Now that we have an official Green New Deal rollout, everyone is out there telling us that this plan is just too expensive to ever become a reality. And yes, the costs are high, but nearly as high as the costs of doing nothing. Hundreds of thousands of jobs will be created, the economy would be surge, and more importantly, we might be able to stave off disaster. Ring of Fire’s Farron Cousins discusses this.

There are very few phrases or words that really just anger me upon instantly hearing them. One of those words is actually geopolitical. Geopolitical, by the way, is a word that people who don’t know what they’re talking about, it’s a word that they use to seem smarter using a compound word there, when in fact geopolitical is essentially meaningless in most instances. Uh, but that’s beside the point. That’s just a little about me. I thought you should know. The real thing that bugs me is when I hear people say how you gonna pay for it, and that is all we have heard for the last two weeks with regards to the green new deal. How are you going to pay for it? That’s an ambitious plan, but how are you going to pay for it? This isn’t realistic. Even the Huffington Post wrote an article talking about, first of all, it’s never going to get past, which, okay, yeah, it’s never going to get passed.

But that doesn’t mean you can’t propose it. But two, they start asking, well, there’s no outline in the thing that says how to pay for it. Let me put this as clearly as possible. There’s a dozen different ways to pay for this. First and foremost, you could cut the military budget in half. There you go. I mean, that solves a lot of problem, right? You could divert other funds from military projects that are unnecessary. We could stop our endless wars. We could actually start taxing the wealthy elite instead of giving them all the tax breaks in the country. There’s plenty of ways, plenty of avenues for which to pay for this. But here’s the other thing that they’re not considering. We’re already paying right now for the effects of climate change. Billions upon billions of dollars. Just last year alone, almost a hundred million, actually almost $100 billion. We as a country had to spend for climate change related activities happening here on our own soil. So I think the better question is not how do we pay for this? It’s how can we afford to not pay for this? Folks, we’re already paying for it. We pay for it every day. We pay for it. Every time a monster hurricane slams in this country, we pay for it. Every time half of an entire state catches on fire. We pay for it when the entire northeast of the country is shut down because it’s coated in ice. We’re paying for it now.

We can’t afford to continue to not pay for it, and here’s why. This pisses me off so much about this issue. We’ve been having this, how do we pay for it argument

for two decades now? How do we pay to mitigate climate change? How do we pay for these environmental proposals? What happens if we pay for them and we’re wrong? Oh God. Then we just have a clean environment and no disasters. There is no downside to this. There is no cost that is too great for this. Not to mention the fact that eventually this plan would in fact pay for itself. When we re invest in renewable energy, we’re creating jobs. We would create hundreds of thousands of jobs tax paying jobs. We would reduce sick days here in the United States, cardiac arrest, asthma attacks, other pollution related illnesses would decrease productivity, therefore would increase economic activity. Would therefore increase this deal though not at first, would eventually pay for itself. And that’s what all of these people who refuse to look two, three years in the future refuse to acknowledge. Instead, they would rather look at a lofty price tag and just say, screw it. We can’t do it. Burn the whole planet down because I don’t want to make a down payment on keeping it safe for the future generations.