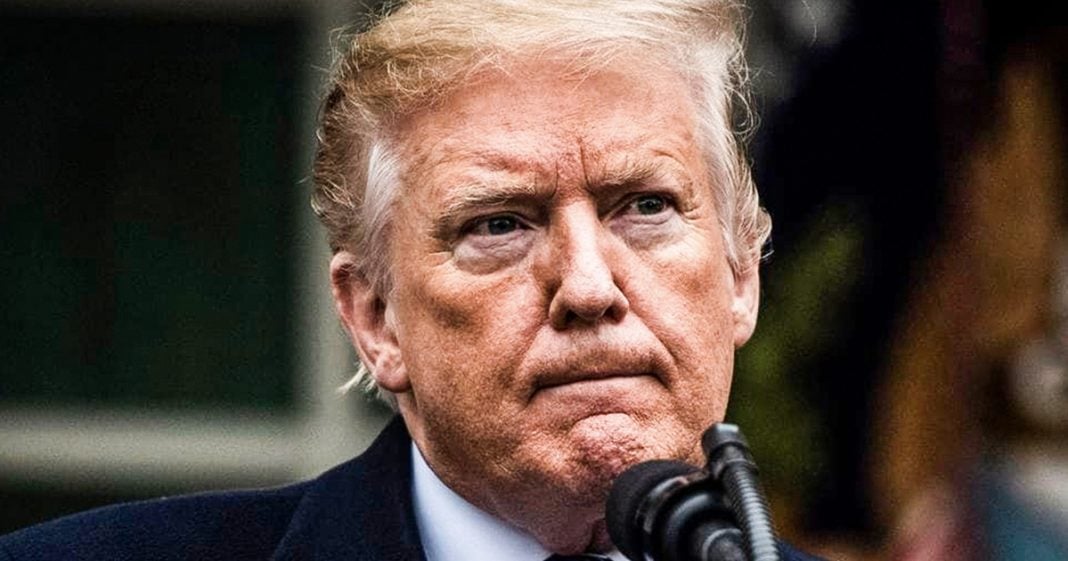 Donald Trump has always been an extremely paranoid individual, but his use of non-disclosure agreements for members of his staff has crossed a line, possibly even diving into the realm of being illegal. Even interns are not immune from having to sign these agreements, and several have said that the administration threatens to ruin them financially if they ever leak details about what happens behind the scenes. Ring of Fire’s Farron Cousins discusses this.

You can’t talk about the violent mood swings and temper tantrums of the president. Can’t talk about him sitting in his chair eating Cheetos, watching Fox News. You can’t talk about any of it because if you do, we’re going to ruin you financially. We’re going to sue you into oblivion. If you violate these nondisclosure agreements is what they’re telling. Uh, these poor interns who just want the opportunity to work in the White House. It’s a big deal. But they’re making them sign these things and yes, this is unprecedented because I’m sure the mag a crowd was like Whoa, Boma, add people to our nondisclosures. You know what he did as did Bush and asked did Clinton and as did many of the people before them, but they actually only had people who were handling classified and top secret information sign nondisclosure agreements so that they didn’t go out and leak the secrets of the United States.

I would say that’s kind of warranted Trumps literally doing it with everybody, which has never happened under any president. Every body, and here’s the thing, they’re pretty much according to legal experts, completely non enforceable because you really can’t do that. You cannot hinder a White House staffers ability to say testify if they need to testify against you, which these nondisclosures would kind of prevent them from doing a, if they need to go talk to Congress, if they need to relay information. All of that is vital and it’s very open to the public and Donald Trump cannot forbit it yet. He is trying to do so. Legal experts say that these non disclosure agreements are really more threats there. They’re toothless threats, but there are threats nonetheless to try to keep people in line and prevent them from ever talking to anyone. One thing that jumped out at me at this story is that this is why we get so many reports out there from anonymous sources or undisclosed sources close to the president because they know if they use their name, they’re about to face a massive lawsuit from the president himself.

To me, that actually lends a lot more credence to a lot of the stories that have used these anonymous sources where these unnamed sources close to the president. They’re doing it to protect themselves because they had to sign these worthless pieces of paper. Because Donald Trump is such a paranoid, paranoid, and delusional individual that he doesn’t want anyone out there telling the true story of what’s happening in the White House. And here’s the thing, if you weren’t doing things you didn’t want people to know about, you probably wouldn’t be forcing everyone from your presidential staff all the way back to your businesses. You wouldn’t be forcing all of them to sign these nondisclosure agreements. Obviously this guy has stuff in his life that he doesn’t want the public to actually know about. And all that means is that we probably need to know about them.