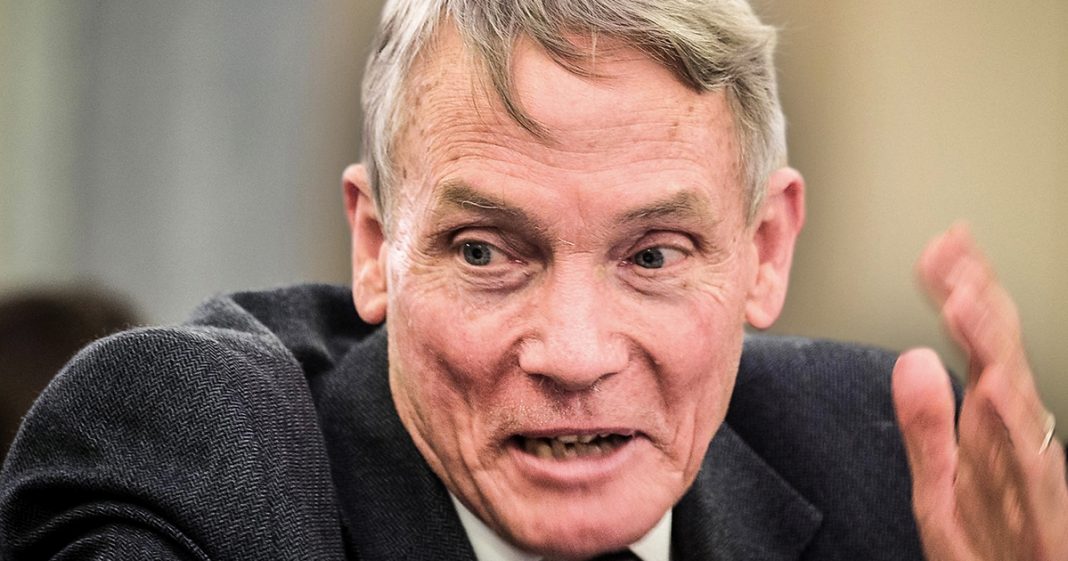 Donald Trump has appointed William Happer, a member of his national security team, to head up a new committee on climate security and climate change. The only problem is that Happer has repeatedly expressed doubt about the science of climate change, he’s called climate science belief a “cult,” and he’s even defended the increase in emissions. Ring of Fire’s Farron Cousins explains how bad this really is.

Donald Trump has announced that he is actually going to create a presidential committee on climate security and the job of this committee is going to be to assess climate change, look at climate science and determine what kind of a threat it is to our national security here in the United States. Now, for those of you who have not been following along at home ever since 2006 the Pentagon has repeatedly warned us year after year that climate change poses a very real national security threat and that it might actually be the biggest threat to our national security, which they said several years ago that we as a country are facing. So Donald Trump decides, I’m going to put together this climate panel, which on its face that is a good thing. Hell yeah, you’ve been denying climate science for years, but you’re actually going to do a thing that might help. And then he immediately ruins it by appointing a guy by the name of William Hopper to be in charge of it now happen as a member of Donald Trump’s national security team.

And he’s also a renowned climate science denier. Just like Trump himself. Here is what think progress has to say about hopper. He claimed that more carbon pollution would be a benefit to humanity, uh, which he wrote in a widely mocked 2013 Wall Street Journal op Ed. Uh, he’s compared the overwhelming scientific consensus that carbon dioxide causes global warming to Nazi propaganda. And he said what used to be science has turned into a cult. Uh, in 2014, he went as far as to claim that the demonization of carbon dioxide is just like the demonization of the poor Jews under Hitler. In an interview with CNBC, carbon dioxide is actually a benefit to the world. And so were the Jews. Happer said. Uh, he’s also served on the board of many organizations that have been funded by fossil fuel companies, both oil companies and coal companies. Um, he also was paid a lot of money by fossil fuel companies to draft reports showing that climate science was absolute BS nonsense.

And this is the guy who we’re supposed to trust with our national security with regards to protecting this country from climate change. This isn’t going to cut it. What Trump is doing is he’s trying to throw a bone, I guess to the left and say, look, I’ve created this presidential committee on climate security. We’re going to take a look at it. And then this committee that, as we’ve seen here, doesn’t believe in the science already. They’re going to come out with a report that says, no, everything’s cool, everything’s fine, do not need to worry about anything, and it’s going to be completely false. The Pentagon, just two weeks ago, once again, reminded us that climate change is the greatest threat to our national security here in the United States. And I can promise you that this panel packed with climate deniers by a climate denier, is not going to give us a report that’s based anywhere in reality or science.