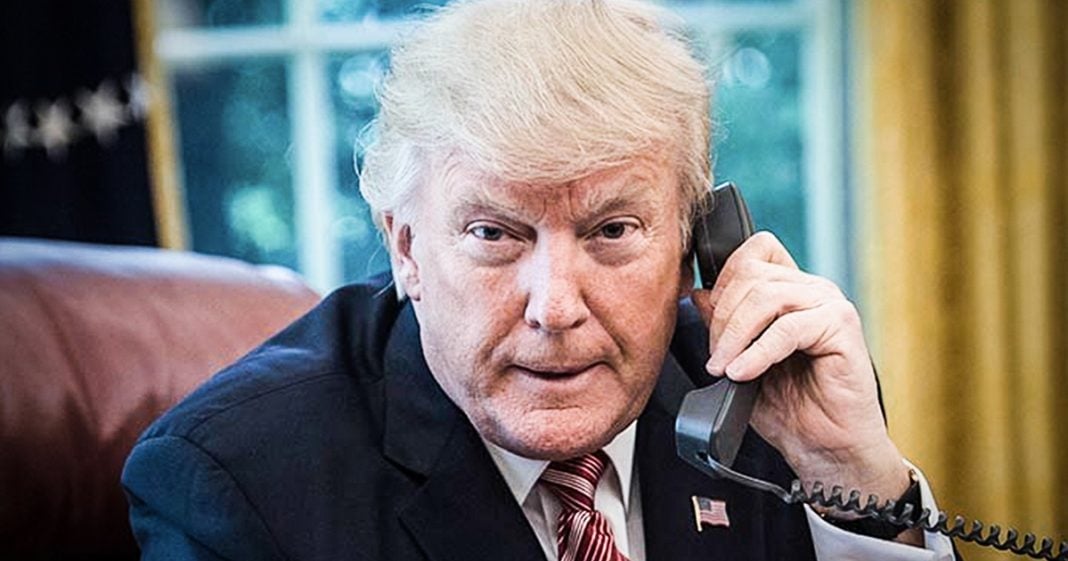 This week Trump tweeted that he wants the US to have access to 5G technology, and possibly even 6G technology! The only problem is that 6G doesn’t actually exist yet, but that didn’t stop Trump from demanding that we get access to it here in the United States. And this is why a know-nothing President is so dangerous for the United States. Ring of Fire’s Farron Cousins discusses this.

How stupid is President Donald Trump. Now, I guess that is a bit of a rhetorical question, but we kind of have an answer to that. He is so stupid that he is actually calling on the United States to increase a technology that doesn’t actually exist. On Thursday. Donald Trump tweeted out the following, he says, I want 5G and even 6G technology in the United States as soon as possible. It is far more powerful, faster and smarter than the current standard. American companies must step up their efforts or get left behind. Later on he tweeted a about five and 6G that there are so obviously the future 5G and 6G and while it’s true, we do not actually have 5G service for mobile phones here in the United States. A couple of carriers do provide it for, you know, actual landline Internet service. Some other cell phone companies falsely advertise that they have a version of 5G, but that is not true at all. We only have four g 5G does exist, but 6G does not.

In fact, according to an article from ars Technica, m 6G isn’t even necessarily something that is being worked on, uh, in any kind of real manner at the moment. 6G is not real and yet Donald Trump wants it here in the United States. Now we need it. Or you get left behind is what he just told our our tech companies, you give me 6G or else you’re a complete failure. Give me this thing that’s not real or I’m going to berate you on Twitter. Ladies and gentlemen, we have a president who is dumber than a box of rocks.

And I don’t think enough people see that as a problem. We went through eight years of what we thought at the time was the dumbest president in our time, George W. Bush. But now we’ve got this guy who’s come along was supposed to be some great, the stable genius in his own words. And he’s telling us to start using a technology that hasn’t even been developed yet. Now, I’m sure his, uh, uh, you know, loyal supporters are going to say, well, no, he meant obviously once it’s ready, once it’s created, perhaps. But the tweet literally says he wants it now. He wants it there. There is no making this stuff up anymore. The president believes in things that aren’t real. It’s like him saying, if Santa Claus doesn’t bring me the presence I asked for, you know, he’s going to get left behind. You know, Christmas is cancelled. Christmas is ruined. Okay, well we’ll bud. That’s, he’s not a real thing. Okay. You, you got to talk to the people who actually buy you presents and put them under your tree. That’s what 6G technology is to Donald Trump. But Hey, what else would we expect from a man who has been living in his reality proof bubble since long before he ever came into the White House?