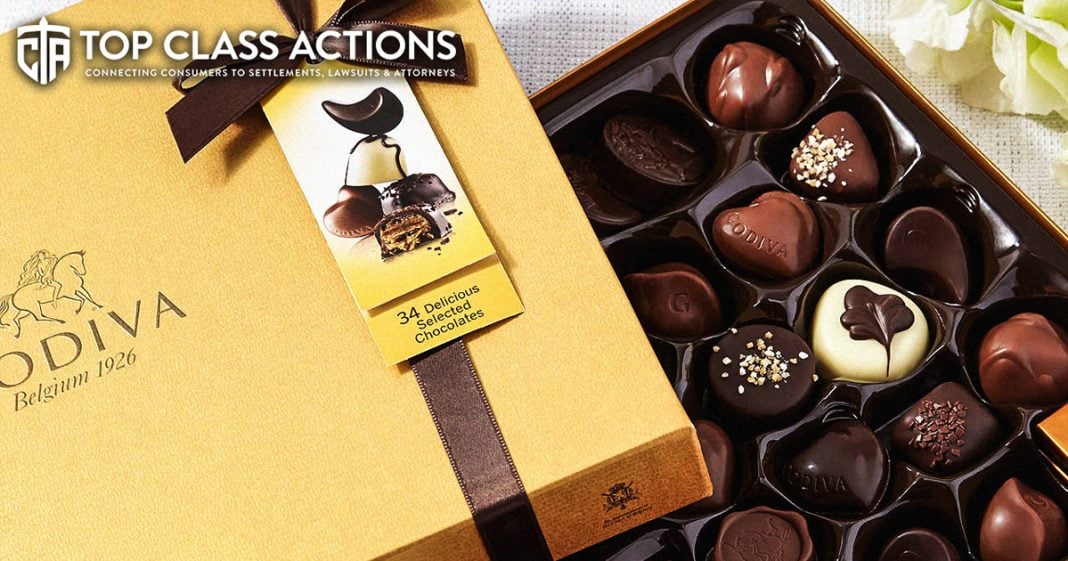 A class action lawsuit alleges that Godiva chocolates are falsely advertised as Belgium chocolate products when they are actually made in Reading, Pennsylvania. On Godiva packaging, store fronts, display stands, and advertising, “Belgium 1926” is reportedly displayed prominently. The Godiva class action lawsuit states that these representations induce consumers into believing that Godiva chocolates are made in Belgium and shipped to the U.S. Ring of Fire’s Farron Cousins discusses this with Scott Hardy from Top Class Actions.

Farron Cousins:                  American consumers are becoming a little bit more conscious about where their food is coming from, you know, not just here in the United States, but are we buying food from overseas? Is the food from overseas different? So when a company comes out and advertises that they are, you know, a company from country x or y and that their product comes from there, we’re assuming they’re being honest with us, but as we’re finding out time and time again, that may not always be the case.

And that is what we’re dealing with right now with the Godiva chocolate company. Joining me now to talk about this is Scott Hardy from topclassactions.com. So Scott, Godiva chocolates, they say, you know, Belgium 1926. We’re assuming based on their commercials and their advertisements that we’re getting good Belgian chocolate here in the United States. But this isn’t actually being made in Belgium is it?

And then the class action gets even more interesting when you say, alright fine, if it’s not made in Belgium, but the recipes are from Belgium, maybe we can deal with that. Right? That’s understandable. But when you dig into it even further, you find out that the ingredients that they make to, that they use to make Godiva in Belgium are different than the ingredients they use in the US because you can assume that in the US, they’re. Maybe using less expensive ingredients, it gets, it gets it to be a lot more upsetting as the individual consumer.

Because now you know, your, your, your, your chocolate’s not made in Belgium. You’re not using the same ingredients as they would if they’re actually making it Belgium. And there was even a quote from one of the Melanie Draps, the granddaughter of the Godiva founder reportedly told the Washington Post that she’s tried the American Godiva’s and they do taste different than the actual Belgian chocolate Godiva chocolate. So where does that leave us as consumers?

Farron Cousins:                  Well, unfortunately as usual, it leaves us in the position of paying more for something that we think is going to be, you know, a top tier. I mean, look Godiva is top shelf chocolate. Right? And then, you know, you got your, your well chocolates, which are your Hershey’s, which are phenomenal, don’t get me wrong. I mean, that’s responsible for most of this that you see right here. But it’s not the same. I mean, candies and chocolates and everything, as weird as it sounds, they’re not the same in the United States as they are overseas. American chocolate is far more sugary and actually far less chocolaty then any kind of candy you would find over in Europe.

They look at our chocolates here almost as you know, kind of trash because they have a more pure product over there. It’s not just packed in with sugar. It’s so you can actually taste what, what real chocolate is supposed to be before it’s processed to hell and back. And don’t get me wrong again, I have no problem with it. I love it. But there are big differences and people who have had that European chocolate may be purchasing this product, believing that is what they’re getting based on the advertisements that Godiva a has been putting out.

Farron Cousins:                  Exactly. And look, they make a lot of really good chocolate up in Pennsylvania for us Americans, but at least be honest with us and say that, hey, yeah, this actually didn’t get shipped over here on boats or in cargo planes. We just made it up the road from you here, so we’re not going to charge you an extra $5 for a package of this chocolate when also down the street from us as another chocolate company that’s selling it for a lot cheaper and we’re essentially giving you the same thing. That’s all we’re asking.

A little bit of honesty is going to go a long way with your advertising and hopefully prevent you from ending up in a situation where you’re the target of a class action lawsuit because you couldn’t even tell people where their food was coming from. If you want more information about this issue, follow the link in the description of this video and head on over to topclassactions.com Scott Hardy, Top Class Actions, thank you very much for joining me today.