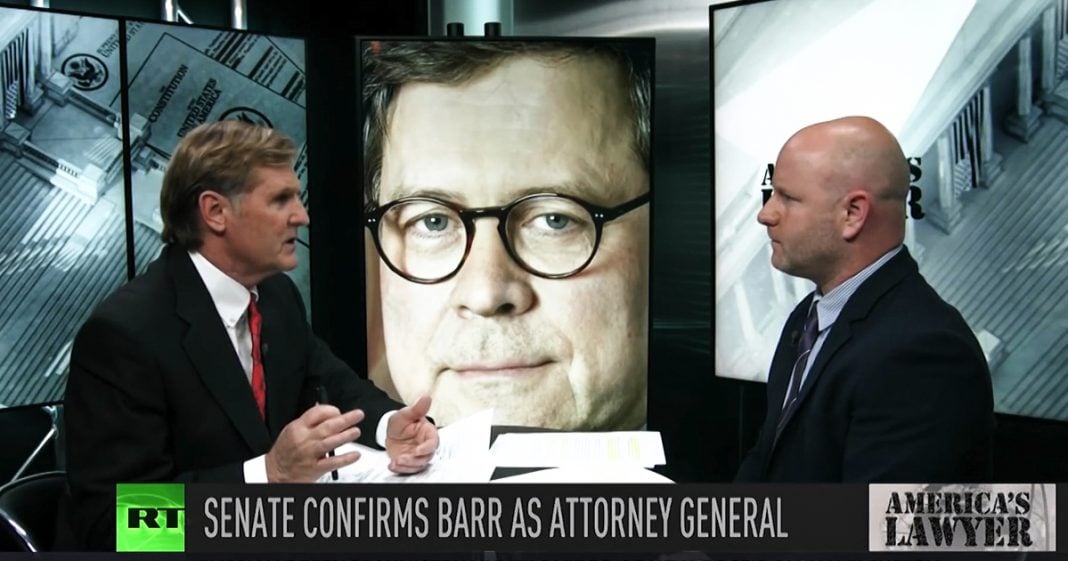 Mike Papantonio:             William Barr has been confirmed as our new attorney general, Barr had previously served as the AG under George Bush senior, and people need to understand just how bad this guy could be. You know the history, we’ve done stories on his history. This is a, this is a guy that they barely touched on this. He was involved in the Iran Contra issue. He, when I say involved, he was the one that protected everybody who is, you know, they had all of this information on so many people. People were being prosecuted.

He worked through the pardons for those people. He was also involved in, and I just saw this today, he was also involved in the, the Iran hostage issue where if you recall, Jimmy Carter was running against Reagan and then there was a secret deal, the, what they call the October Surprise, where they had worked out a deal with the Iranians don’t release the hostages until after the election. So Jimmy Carter would lose and Ronald Reagan would win. What’s your take on this man?

Farron Cousins:                  I think what’s gotten lost in the shuffle of William Barr, cause everybody, you know, all the stories have said, well is he gonna is he going to fire Mueller? Well, what’s going to happen with the Mueller investigation? Well, let, let’s put that aside because this guy, six people he pardoned from Iran Contra, five of whom had already been convicted.

Farron Cousins:                  For their involvement. The other was a, a good buddy of his, he personally lobbied to get this guy pardoned by HW Bush. Then he leaves there, goes and works at a telecom company where he successfully litigates for deregulation of the telecom industry, which Bill Clinton proudly delivered because this was ’94 he did this. ’95 we get the telecommunications deregulation. So this guy has been in the pocket of, you know, political criminals because they were convicted. He’s been in the pocket of big business, including his time.

Farron Cousins:                  Right, he’s the, he’s the guy that goes out there and helped kind of put us on the path we’re on, at least in terms of the telecom deregulation, which is huge. That’s an issue and a problem we still deal with today.

That’s, those are things you need to know. This is what we got. This is the character that we got. I think it’s important to understand a little bit, a little bit about his history. He’s the guy that handled the, the Jeffrey Epstein representation. You know, Jeffrey Epstein of course was the billionaire that had the human trafficking of young women going back and forth to his paradise island jetting minors. You know, children back and forth, 14, 15 year old.

Mike Papantonio:             He was with, he’s major, major player with the Pharma industry where when Pharma gets in trouble for doing something wrong, this is the guy they would call. So all you gotta do is play this out. This, this is not going to be the person that comes to the, to the rescue for consumers.

He’s represented the biggest oil companies in the country. So he’s not going to be there as an attorney general looking out for consumers. This is an attorney general that you can absolutely positively count on the fact there will be no white collar prosecutions by this man if it involves a corporation from the oil industry, from the Pharma Industry, from environmental type issues. And so it’s kind of a train wreck. I mean, isn’t it?

Farron Cousins:                  Well it really is because Barr, as you pointed out through his time with Kirkland and Ellis, through his time with you know, GTE and then later Verizon. He, he’s worked for these people. He’s been their attorney, he’s been there, you know, board member or you know, VP, whatever it was. And so here’s the thing people have to understand. Yes, the attorney general of the United States does not go out there and write policy. They do not write legislation, but they set policy and here’s how they do it. We’ve seen it the last two years. We have seen white collar prosecutions fall off the map.

Mike Papantonio:             No, virtually no white collar prosecutions under Trump. This, white collar industry criminals, the best thing that ever happened to them was Donald Trump.

Farron Cousins:                  It does. Because they see this, the appointment of William Barr, they know his history far better than we do. And they say, this is, this is a blank check, this is a free pass. This is our time to go and do these things that we may not normally do because we’re not going to be penalized. Because they’ve seen the same data that you and I have sat here and talked about in the past. Prosecutions for white collar criminals on Wall Street have fallen by 85% over the last two years. Environmental enforcement has fallen 94% and that includes, you know, 90 something percent reduction in fines. And now he’s calling the shots.