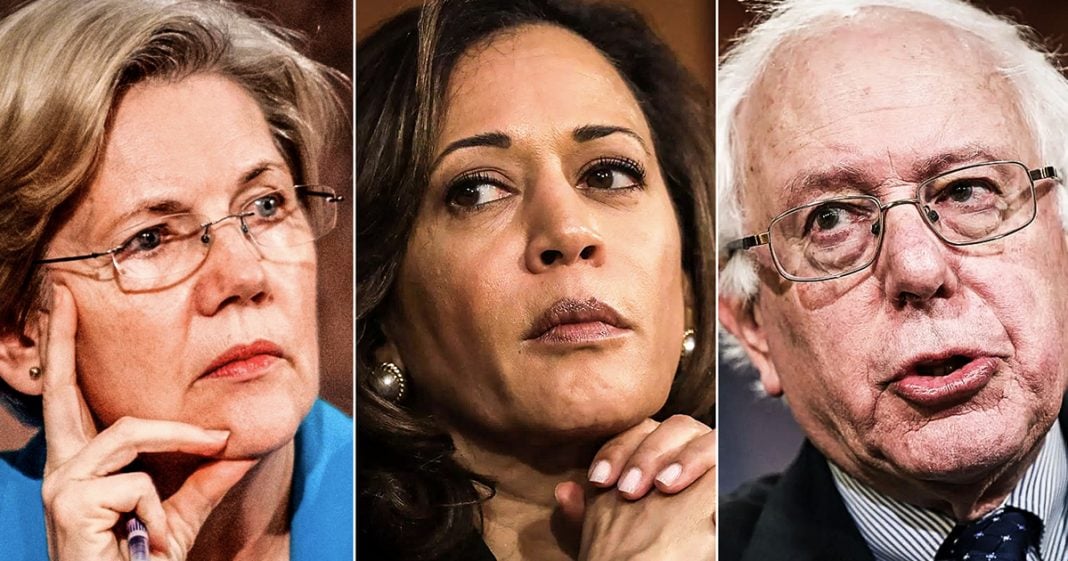 According to a new report, an active online campaign is being carried out with the intent of dividing the left during the primaries. While they have not been able to pinpoint who is behind these efforts, the researchers have concluded that there is definitely a coordinated effort to drive voters on the left apart. Candidates like Bernie Sanders, Elizabeth Warren, and Kamala Harris have all been targets so far. Ring of Fire’s Farron Cousins discusses this.

One of the things that we constantly need to remind ourselves is that Twitter is not real life. Okay? We all have to get that into our heads. So when we go on Twitter and we see a hundred people bashing Bernie Sanders, will we see a hundred people bashing Kamala Harris or Elizabeth Warren? Or even better, we’ll work. We have to understand that that’s literally just a hundred people. That is a small fraction of a decimal point percentage of the American public. You know, it’s statistically insignificant. And here’s why I bring that up because obviously Bernie Sanders announced this week that’s created a little bit of divide against the Never Bernie crowd and the always Bernie crowd and pretty much everybody in between as well. But a new report actually came out this week, uh, from politico. Researchers have actually found that there is a coordinated effort. They don’t know who’s behind it yet.

They’re still looking into this. But there is a coordinated effort to divide the left right now. And it’s being done essentially by an army of online trolls who are like, they’re, they’re, they’re purpose is to sow division. They’re out there spreading propaganda and memes and misinformation about people like Kamala Harris, Elizabeth Warren, and Bernie Sanders. Those are the top three people that this little cabal is spreading misinformation about and they’re doing it in order to divide the left. Right. They saw what happened in 2016 where we did have at least on paper, or at least on Twitter, have a very divided left except for the fact that 88% of Bernie supporters ended up coming in voting for Hillary Clinton, so it really was not as divided as Twitter made it seem. It hasn’t been as divided as it looks on Twitter, but these bots are trolls or whatever they are, wherever they’re coming from.

Even if he doesn’t choose to run, it’s going to be about every single one of them. It is our job to ignore the BS, the nonsense, the trolls, and focus on policy and have real debates regardless of who you support. We can do this intelligently or we can let a couple of trolls from four Chan and eight Chan Bait us into dividing the left and handing the 2020 presidential election over to Donald Trump. Don’t do that. Don’t fall into that trap. If you see somebody on Twitter trying to start crap, mute them. Don’t give them the pleasure of blocking them. Just mute them. That’s what I do. It makes Twitter so much more pleasant and that’s all you have to do. Or better suggestion. Get off Twitter for a while. Go out there, do some research and arm yourself with the facts. You can find some facts on Twitter, but you’re not going to get a ton of them. But it’s up to us. We know this coordinated campaign is happening and this is, you know, we’re, we’re just one and a half months or so from when people started announcing they were running, so it’s only going to get worse. The only way we can fight back is to arm ourselves with the truth and not get baited into nonsensical arguments based on misinformation. But again, that is 100% on us to do that.