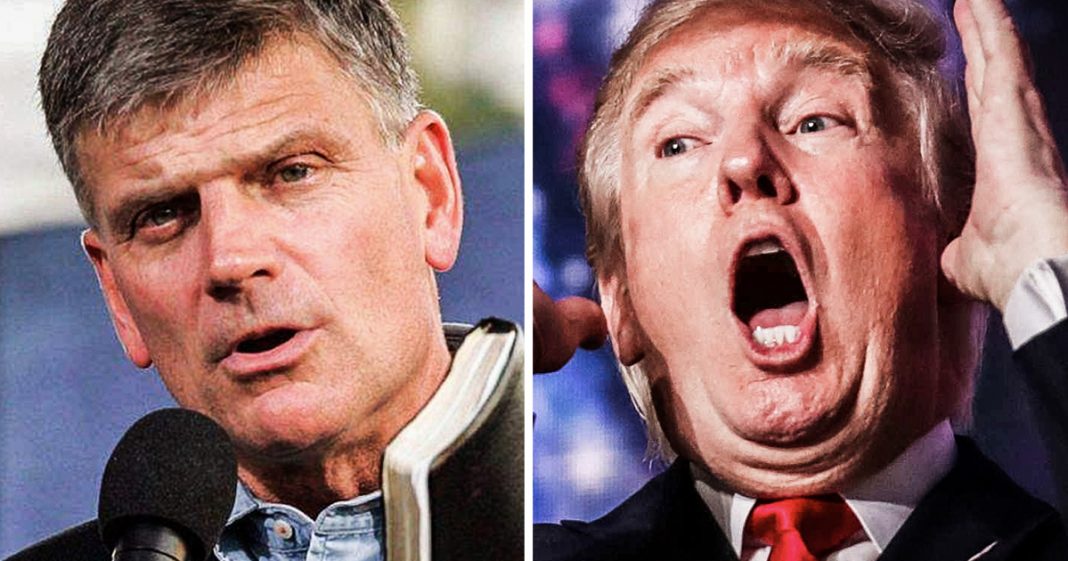 Evangelical leader Franklin Graham is not happy that former intelligence leaders were considering using the 25th Amendment to remove Trump from office, so he’s asking his followers to pray for Trump by asking that people stop questioning his fitness for office. Essentially, he’s asking his followers to pray away the crazy. Ring of Fire’s Farron Cousins discusses this.

For quite some time now, uh, evangelical leaders have been trying to tell us that they can pray away the gay, you know, their conversion therapy centers, uh, all of which have been proven to be complete frauds. They’ve been very abusive. They’ve been horrible to human beings all throughout this country. But Franklin Graham, one of the top evangelical leaders in this country, uh, he’s moved on from that. So now he’s hoping to be able to pray away the crazy and that crazy just happens to reside in the mind of Donald Trump this week. Frankly, Graham came out and started talking about the fact that, oh, all these former, you know, Trump people, the intelligence officers, the people, the cabinet members, they were talking about the 25th amendment because they believe that Trump was unfit for office. They thought the man was crazy. So please pray for him. Pray for this to go away, pray for this to get better.

Pray for people to stop talking about the president being so damn crazy. Now, Lindsay, a, excuse me, Franklin Graham did not say crazy, but really that’s what he’s wanting to say. He’s wanting to say, ladies and gentlemen, please go out there and start praying that the president’s going to be a little less insane. So people stop talking about this. Because when you’re saying that you want people to pray that the talk of 25th amendment goes away, what you’re really asking for is for a higher power to come in and make the president. Not Crazy. But that’s not going to happen. And I don’t know. And in fact at this point, I don’t think there is anything that this president could do to make religious leaders turn on him unless he personally started performing abortions in the Oval Office. That is literally the only thing he could do that would make these evangelicals not love him.