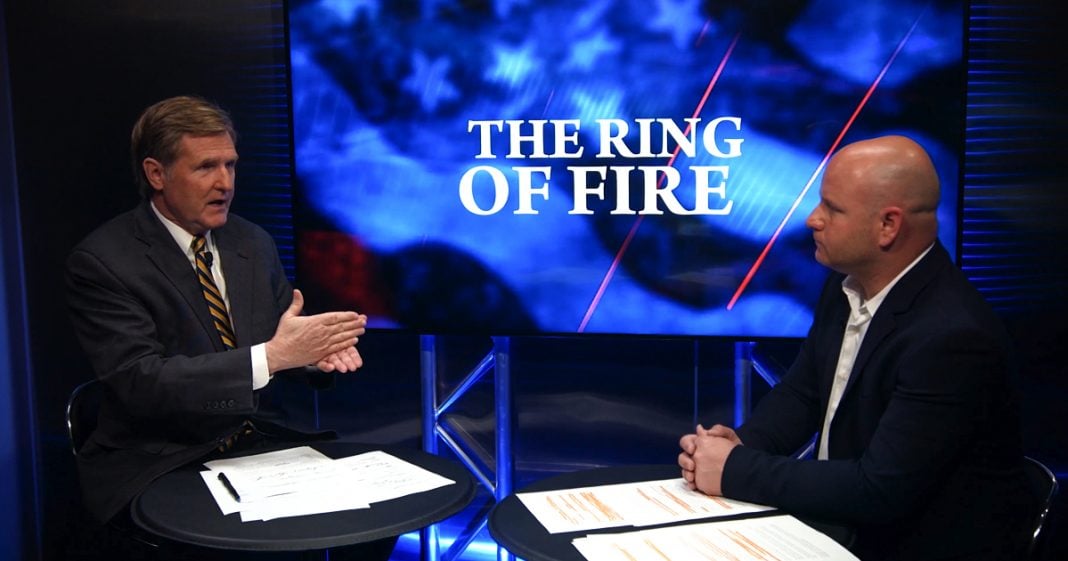 Ford Motor Company has announced the recall of more than one million vehicles in the United States due to a defect that could cause the steering wheel to become unbolted while the driver is driving. Ring of Fire’s Mike Papantonio and Farron Cousins discuss this issue.

Mike Papantonio:             Ford Motor Company has announced the recall of more than one million vehicles in the United States due to a defect that could cause the steering wheel to become unbolted while the driver is driving. It took a long time for them to actually get around to what’s amazing to me, they had early reports, this is bad, this is happening. What amazes me about these recall stories is when you look behind how long it takes them to get there.

Most of the time you have several deaths involved, you’ve got clear testimony, “Yeah, I was driving my car and the steering wheel thing happened.” They have the investigators look at it, but it’ll be years. Well, it’s a money issue, isn’t it? I mean when they recall it’s a money issue. In this particular case this is a Ford and it was basically … what model was it Farron?

Farron Cousins:                  The Lincoln MKZs and the Ford Fusions are the first two. And we always know it’s going to expand, it’s going to get bigger, there’s going to be other Ford models, probably GMs, Jeeps, all kinds of things added to it, and it’s a bolt. It’s a bolt issue.

Farron Cousins:                  This reminds me a lot, and we’ll get more into the Ford in a second, but this almost seems like a carbon copy of the ignition switch recall that we saw, which was one of the most massive vehicle recalls in modern history, and it was because of a piece in the ignition switch that cost $2.13 I believe. And I guarantee you that this bolt issue was probably $2 or less.

Mike Papantonio:             Well let me talk to you about a story that we’ve done a couple times, and that’s the Takata exploding airbag. This is a similar kind of issue. What people don’t understand … I started this by saying, why does it take so long? Here’s what happens. In modern America you have CEOs moving through. Used to be a CEO would stay with the company could be 20 years, it could be his entire working career. They’d come out of MBA school, they’d go to work with this company and there were there for a long time. What’s happened now is you have this term it’s called quick profits and big risk, I mean it’s literally a term that you hear in the vernacular. And so, big profits and huge risk means this, if you’re CEO what you’re doing is you’re timing your stay there at that company to maximize your benefits. You’re trying to get your stock interests up, you’re trying to get your retirement plan up, you’re trying to do as much as you can with that company, get those numbers up. Most of the time they’re on about a five year, three to five year kind of segment.

Mike Papantonio:             So what ends up happening is that person who’s in office at that time, who’s the CEO of the company at the time, and this company Takata great example. Why did they wait so long in the Takata airbag that was blowing up sending shrapnel through people’s brains killing them? Why did they wait so long on Ford Pinto? Think about that. Ford Pinto the gas can was blowing up, they had done a calculation, we can kill this many people, burn to death in the Ford Pinto, we can kill this many people and at the end of the process it’s going to cost us this many dollars, but we’re going to sell this many cars. So it’s kind of a ghoulish process. That is the norm for CEOs nowadays. That is how they approach a case like this. And that’s why we’re seeing these recalls sometimes a year, a year and a half after they should be.

Mike Papantonio:             And to me though the bigger story is how long they know about it, how long it takes them to act, and all this happening is management is timing themselves. Can we get out of here in management before this problem found? We see it in pharmaceutical cases all the time. A new drug’s on the market, it’s killing people by the hundreds, the CEO makes his exit to where he gets all his money, passes it onto the next person.

Farron Cousins:                  Well and see that’s also probably part of the reason ’cause we know they use the same parts for dang near every car that they manufacture, that’s probably why right now we’re only seeing it in the two vehicles ’cause those are the two that have been reported in the accidents.

Farron Cousins:                  So that one CEO or whoever’s in charge right now maximize those profits, then the next person steering wheel pops off and they die, well time for me to [inaudible 00:05:15] my golden parachute and I’m out of here.