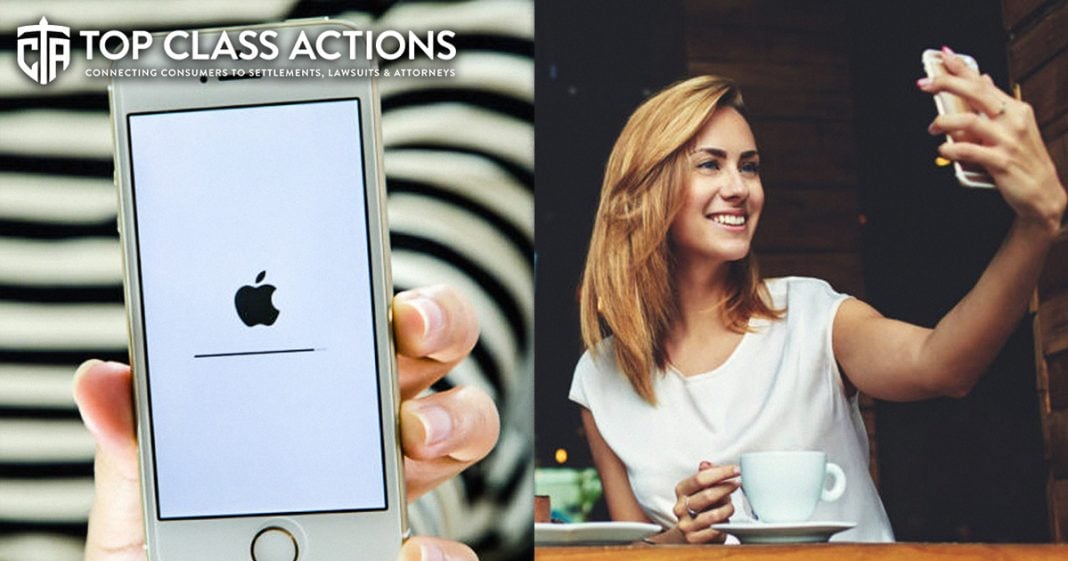 The Apple Corporation is currently facing multiple class action lawsuits covering an array of problems with their products. Lawsuits related to an alleged bug that allows data collection via their FaceTime app; The planned obsolescence of their chargers; And the length of time that their two-factor authentication takes are all subjects of new litigation. Ring of Fire’s Farron Cousins discusses this with Scott Hardy from Top Class Actions.

Farron Cousins:                  The Apple Corporation is facing numerous different class action lawsuits right now on everything ranging from two factor authentication to an eavesdropping bug that’s actually been found within their FaceTime software. There’s lots to discuss here and joining me to talk about it as Scott Hardy from Top Class Actions. So Scott, let’s talk about the first issue here.

This one, again, I’m a little unsure of this one. This is the two factor authentication. People are arguing right now that this process takes a little too, too long, which as somebody who’s used it, it certainly does, but this may be an issue where the benefits of it outweigh the costs. So lay this, this piece out for us.

It, you know, in some cases where you think it’s not necessary. You know, my daughter’s iPod not really necessary, doesn’t leave the house. So I’m wondering if just on the basis of that, if this class action might have a real hard time, because if Apple doesn’t actually force you to do two, to use two factor authentication then, and that’s a big point of this suit that I’m not sure how far it will go, even though I can understand that you and I have talked about before, that it can be annoying.

Farron Cousins:                  Yeah, absolutely. And especially when you’re considering the fact if you’re using it on your phone and then you need to get into your phone and then they have to email you this separate authentication that you then type in. Well a lot of people use their phone for that email so they may not be able to use that. It, it is a bit of a hassle. But you know, it also may be difficult to show that Apple is forcing this on people.

But, there’s two other cases that I, I really want to talk to you about today and both of these issues that a lot of us have dealt with, some of us didn’t know we were dealing with them, but, but this first one here is about the chargers that come with iPhones and the updates to the software that might make those chargers incompatible. That to me is infuriating, and reading through the story here, I’m also able to say that, yeah, I’ve, I’ve had this very error message come up. So tell us about this one.

Scott Hardy:                       Sure. With the Apple class actions saying that old phone chargers are not supported. This is something that Apple started rolling out a few years ago where you’d buy a new device, you’d go ahead and plug it in and you might try to use an old cable and then Apple would give you that message saying this device isn’t supported and it might not even charge your phone. Apple did that for a number of technical reasons, including that some of the older chargers were a lower amperage and a lower wattage, so they weren’t able to push out the charge as swiftly as would be required from the new Apple devices.

And just like you, I’ve had that message before too. And I think the, the problem is, is when you’re using a general, an actual genuine Apple device and you get that message, it’s doesn’t happen all the time. It’s not super consistent from my own personal experience. And if Apple is blocking the use of their actual Apple branded chargers, you’re going to have an issue.

In the past, Apple has given discounts and allowed their, their users who have had this problem to call in, get their chargers swapped out at a nominal, if a, you know, very, very minimal fee. But this class action is really going hard against Apple, to allow viewers and allow, allow their users to actually use their chargers, even if they are a little bit old and may still work, but just charge their phone or device a little more slowly than Apple would like.

Farron Cousins:                  And a lot of people who have been experiencing this problem are saying, you know, everything was working fine, and then I did this software update and then suddenly the charger that I had, the one that came with the phone, it’s not a third party charger. It’s not something, you know, I found for $2 at a kiosk at the mall. This was the one that came with my phone. Now it’s telling me this isn’t gonna work and this isn’t going to charge my phone.

I guess it’s part of the, what they call the planned obsolescence. You know, basically designing your products so that they don’t last forever. And we’ve seen that a lot with Apple. You know, the newer updates come out. If you’re working on a phone that’s about three years old and then suddenly, wow, I can barely do anything with this brick because it doesn’t open anything where it’s so slow.

This has been an issue that’s plagued Apple. It’s plagued a lot of these tech companies for a long time. And I think this charger issue is just another extension of that. And, and I’ve got to move on real quick because this story here, you know, this is kind of the, the, the creme de la creme here because this one is another issue where we’re seeing some privacy violations. And this has to do with the FaceTime app on these, these Apple products. You know, hugely popular. It’s something a lot of us use to keep in touch with our families. So what’s happening with this, eavesdropping on the FaceTime app?

Scott Hardy:                       So the eavesdropping over the FaceTime app, it was all surrounding the group FaceTime function. And you had a teenage kid who actually lives in Tucson, Arizona. So way to go, Arizona boy who figured out that if you could call, if you called somebody who’s in group FaceTime and dropped off, that person might not actually be able to tell that you could still listen to the conversations.

And so the mother went ahead and hit Apple on Twitter and hit Apple through Facebook and emailed Apple saying this is a big problem. You need to figure it out. And Apple did finally get back to her within a, I believe it’s number of days. So they did a fairly good job. Confirmed that it was a problem and then immediately shut down group FaceTime messages while they were trying to work out, and push out a security patch.

But this class action was filed by an attorney who said that it was impacting him and as a privacy violation, James Mattox III of The Mattox Law Firm. So what James Mattox is his saying is that this is the larger security problem that affected a lot of people. And even though Apple, as soon as they are made aware of it, they shut it down. The problem is this, you and I have discussed before these privacy violations, you have to not only go ahead and declare that there might’ve been some breach of privacy, but it does open you up to a class action.

Now Apple, to their credit, they went ahead and they fixed the, you know, they shutdown group FaceTime until they got a security patch rolled out. And the kid who reported it, they, they did reward him with an, a college scholarship of some sort where they have put money towards his, his future college education.

So Apple’s doing their best to help out and you know, with the so called bug bounty. But whether this class action will actually work because from what we’ve heard, if people were obviously up in arms saying, oh my gosh, this group FaceTime is really cool, but this is a big privacy violation if this happens. We haven’t received a huge outcry from people saying that this actually happened to them and that they were impacted by it. And so that’s where I, you know, this class action may kind of a struggle a little bit. But if it’s a privacy violation, they can point that out in federal law, than Apple’s got a lot to deal with.

Farron Cousins:                  We’ve seen a lot of instances too, you know, people will do job interviews over this, this FaceTime chat, especially now that you can have the group so you can get in, you know, more people if they’re trying to, you know, do a job interview. You can actually do video depositions with clients. You know, maybe they’re overseas, maybe they’re in an area where they weren’t able to travel. You can do that via these, these group FaceTimes. And that presents a huge obvious problem if any of that data is leaked or if you know somebody listening in and that shouldn’t be listening in. So yes, this did create a fairly large problem.

Hopefully Apple did correctly fix it, and that it’s not a problem anymore. But if anybody out there needs more information about any of these cases that we have talked about today, the links to each and every one of them are in the description of this video. Head on over to topclassactions.com for more information and while you’re there, make sure you sign up for their newsletter to stay on top of all of this information that consumers need to know about. Scott Hardy, topclassactions.com. Thank you very much for talking with us.