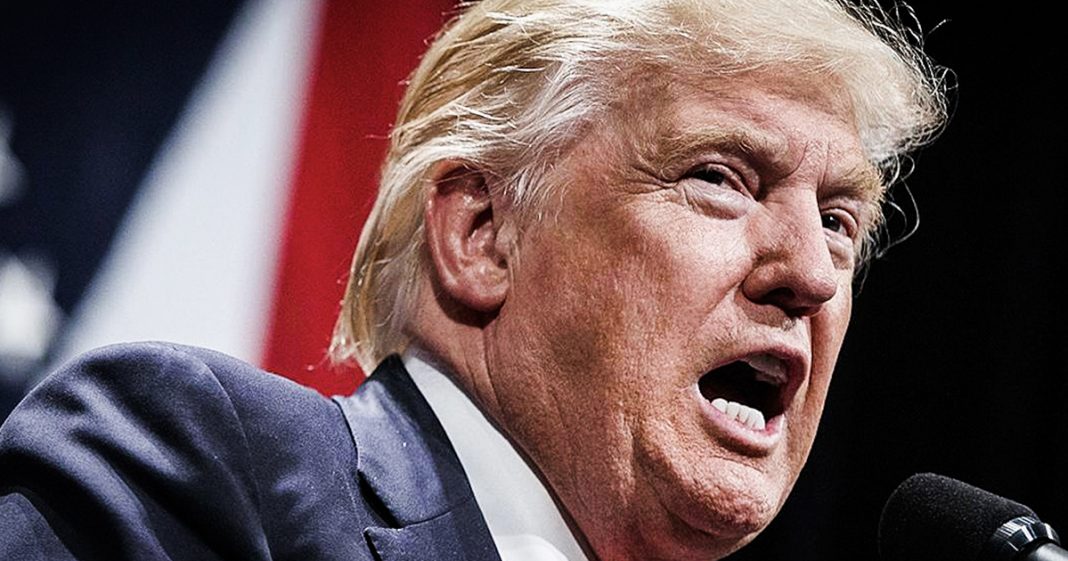 Donald Trump’s phony national emergency declaration is going to be tested in court, as everyone, including the President, had predicted. So far 16 states have joined in the lawsuit, and more could be added in the coming days, as states want to challenge the President on the merits of his declaration. His own words prove that this was done for political reasons, and his arguments won’t stand a chance in court, as Ring of Fire’s Farron Cousins explains.

As of right now, 16 different states have filed a lawsuit against Donald Trump and the Trump administration over there phoning national emergency declaration that Donald Trump made last week, and we all expected these lawsuits to happen. We knew there were coming, people had been threatening to sue since before he even made the announcement. If he did make the announcement, and that’s what we’re seeing now. Even Trump himself admitted when he gave his little speech, he said, and then they’re going to sue me, and then it’s going to go to the ninth circuit and then it’s going to go to the supreme could, and that’s exactly what’s going to happen. Everybody knew this was gonna happen, but here’s the thing. Trump already screwed himself over in his potential defense for these lawsuits because it his announcement, he said, I could do the wall over a longer period of time. I didn’t need to do this, but I’d rather do it much faster.

I’d rather do it much faster. That little statement that I just read there, which is the exact quote from the president of the United States. That quote alone shows that this was not actually an emergency. The fact that border crossings or a at a near 45 year low also shows that this is not a national emergency. Now the only question that this point is, do the courts get to determine what constitutes a national emergency? And that’s where we’re probably gonna run into a little bit of problems. Cause technically, yes, according to the laws, the president can declare a national emergency when he wants to. There’s not necessarily any justification that they have to give. And that is a problem with the law itself. And hopefully these lawsuits might be able to reign that in. But nonetheless, Trump’s admitted this is not actually a national emergency. These lawsuits are being filed and we’re going to challenge these powers in court.

And if these courts decide to limit the powers of the president of the United States, that is a good thing. Not just for Donald Trump, but for anyone who comes after him. Because we do not need a president trying to abuse the power of their office because the laws are written so vaguely that they can do whatever the hell they want. In fact, I believe that’s actually why the laws were written so vaguely. Hopefully we can correct that. Hopefully most of these right wing courts in this country aren’t going to screw us over and grant dictator like powers to the president of the United States, but unfortunately that’s going to be something that we’re going to have to wait and see as these lawsuits make their way through our court system.