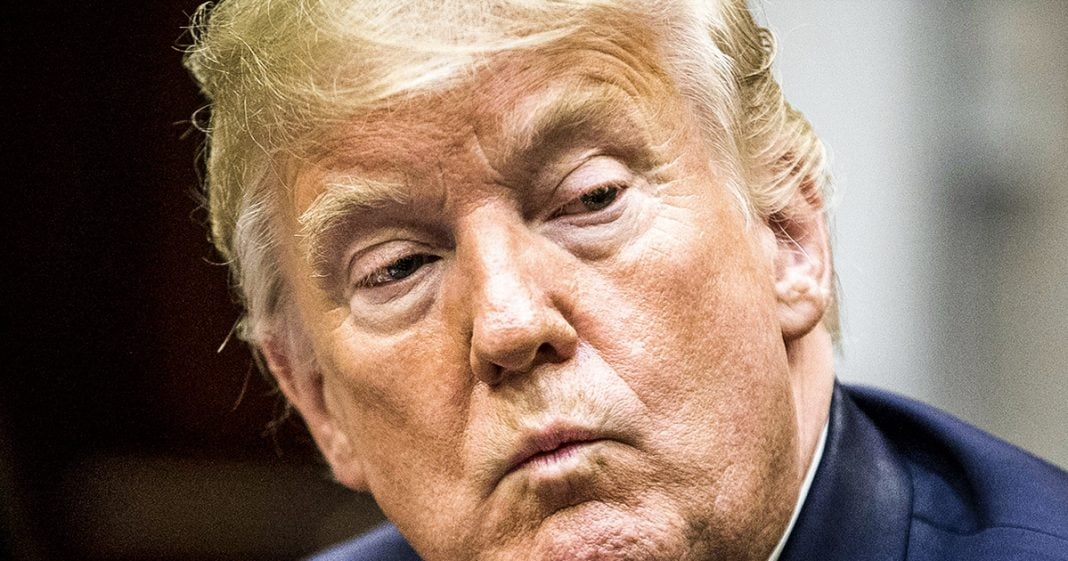 According to House Oversight Committee Chairman Elijah Cummings, Trump’s personal lawyer Sheri Dillon and former deputy White House ethics counsel Stefan Passantino provided “false information” to the Office of Government Ethics about whether Trump reimbursed Cohen for the Daniels payment. This is a bigger deal than Trump would like to think, and it further proves that he just can’t seem to hire competent lawyers. Ring of Fire’s Farron Cousins discusses this.

On Friday, the House of Representatives Committee on oversight, chairman Elijah Cummings sent a letter to White House counsel, Pat Cipollini saying that two of Donald Trump’s lawyers lied to the office of government ethics when speaking to them about the hush money payments that Donald Trump allegedly didn’t make to Michael Cohen to make to Stormy Daniels after his affair with her. According to this letter by Cummings, these two lawyers, um, we have Trump’s personal lawyer, Sheri Dillon and a White House ethics counsel, Stefan Passantino. They both told the office of government ethics that know these payments never happen. Donald Trump never had a deal with Michael Cohen to go and pay Stormy Daniels. That specifically actually what Sheri Dillon had to say to the office of government ethics, the OGE, it’s what she told them. There was no deal, there was no payment made. Donald Trump was not involved in this in any way. And then Passantino said that, Oh, well Colin was just on retainer.

That’s what this payment was. This payment was just the retainer payment. And then unfortunately for both of these Trump lawyers, another Trump lawyer came forward. You know, six months ago, whatever it was by the name of Rudy Giuliani and Rudy Giuliani when on TV and said that yes, Donald Trump made the payment to Michael Cohen to shut stormy Daniels up. And because of Giuliani’s admission, Cummings argued these other two lawyers effectively lied to investigators by saying that the payment itself never took place. And to be honest, he didn’t necessarily even need to use Rudy Giuliani as the example. I think he did it just to show that every lawyer Don or Donald Trump hires is an absolute idiot. Cause here’s the thing. We have to Trump lawyers right now who are accused of lying to federal investigators and could be looking at very severe punishments and they were revealed to be lying by Donald Trump’s other current lawyer, Rudy Giuliani.

And it turns out all three lawyers were lying about what the fourth lawyer, the original lawyer was doing, all of whom are in the employee of Donald Trump. Every single lawyer. This guy hires is an absolute idiot. I think Donald Trump may want to start asking other people for advice on who to hire as his legal counsel because one of them was headed to jail. One of them is a bumbling idiot who seems like he may have some kind of a, you know, bugs kicking around in his head and the other two, well, according to Elijah Cummings in the letter he sent and the White House Council last week, they just can’t stop lying about things that we all know to be true. The facts are out there at this point and yes, this creates a very real problem for Donald Trump and here it is. Donald Trump will eventually, whether it’s through Mueller, whether it’s through the investigations in New York, one of his lawyers, I guess I’m assuming probably one that’s not in prison, but one of them is going to have to go and argue in front of one of these courts are grand juries or whatever the hell it is. And when they all have a reputation of absolutely lying through their teeth, that is going to come back and bite him because no jury is gonna believe a word. They say no judge is going to believe a word they say, and the prosecution is going to be absolutely able to just tear them a part in cross examination. That is what is so great about this story. Donald Trump’s owning competence, but his insistence that he constantly hires the best people is eventually going to be his downfall.