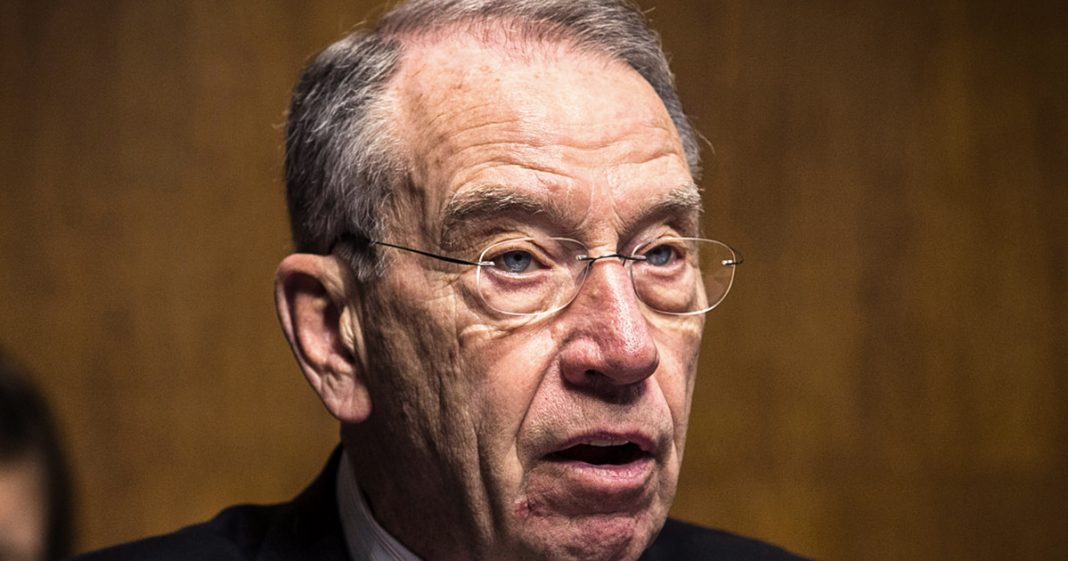 Republican politicians don’t know what to do now that more and more working class Americans are watching their tax refunds shrivel, or worse, watch the amount they owe to the IRS continue to climb. We were promised lower taxes, but those reductions have not materialized and voters are growing angry at the GOP for their constant lies. Ring of Fire’s Farron Cousins discusses this.

Republican politicians are panicking right now. As more and more Americans continue to file their taxes and then realize that, oh, I’m not getting a refund this year, or I owe more than I ever have in previous years. Now this has happened in nearly 10% of people who have already filed their taxes. Either the refund is smaller than it was in years past, or they owe more than they had in years past. But the bottom line is that these people understand that they’re not actually getting those tax cuts, that Republican’s promise them at the end of 2017. So Republicans now have gone on the defensive and we have people like Chuck Grassley out there right now telling us that, no, no, no, they got their tax cuts. It’s just Democrats being dishonest about what’s happening. And that’s why you have these talking points that people aren’t getting tax cuts. Uh, the Republican argument at this point is this.

They say that they changed the withholding tables for the IRS. So you may be getting a smaller refund, but it’s only because you finally paid the correct amount in taxes. And you didn’t pay as much in taxes per paycheck last year cause we adjusted the withholding table. So your paychecks increased. And that’s why you’re not getting a refund to which a majority of American citizens said what a majority of people in this country reported that their paychecks did not change their federal withholding, their taxes did not change last year. And I emphasize that to show you how bad the Republicans are lying because Chuck Grassley and plenty of Republican strategists, other Republican politicians are literally trying to convince people that their paychecks increased because fewer taxes were being withheld. When those people can very easily look at their pay stub and say, you’re, you’re lying to me. You’re lying to my face.

I’m seeing it right here. My taxes didn’t go down but my refunded or I owe money for the first time in my life. Cause that’s what people are saying. And Republicans, especially Chuck Grassley here who calls this a democratic hogwash thing. They’re trying to convince people that what they’re seeing and what they’re experiencing is not actually happening. In essence, they’re trying to get working class Americans to deny the reality that they’re living in. Here’s the bottom line. They may have changed the withholding tables, but if you didn’t go back to your human resources department and then change your personal tax filing, changing the withholding tables does absolutely nothing to you. The same amount of money would have come out from your taxes and if you had gotten a tax cut that would mean your refund would have actually increased. None of that happened folks, so I don’t know why the Republicans think they can just get out there and flat out lie to our faces about this.

When we have the evidence, we see it every two weeks in our paycheck. The evidence is there. A lot of people actually saw their paychecks decrease a little bit and they still paid more in taxes and these are working class folks and here’s why. They took away a lot of the deductions that working class people depend on. Meanwhile, they created new deductions, like nearly 100% off if you buy a private jet. So we can’t write off our state taxes anymore, but if we, the working class people bought a private jet a, we could write off 100% of that expense, and that’s what Republicans call fair. That’s what they’re telling us is a good tax code for the American public, and that is what they’re planning to run on in 2020 good luck with that. People see their pay stubs, especially those of us who do live paycheck to paycheck. We watched that pay stub closely. We know exactly what it says each time, and I think all of us would notice if it had increased even by a dollar, which it didn’t.