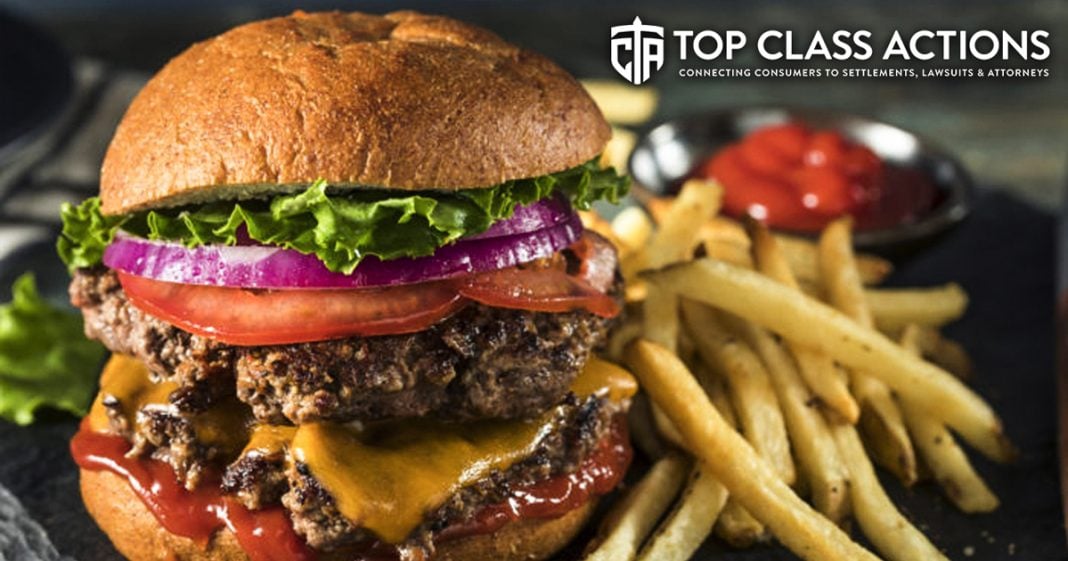 Farron Cousins:                  Restaurants these days love to try to outdo one another with their advertising. You know, we’ve got the biggest burgers, more beef, more meat, more bacon, more cheese, whatever you want. These commercials, these advertisements, billboards, they always say that our product is better, superior in some way to our competitor. And we as consumers expect those advertisements to at least be honest. And what we’re finding out now according to a new class action lawsuit, is that that may not always be the case. Joining me now to talk about this is Scott Hardy from Top Class Actions. Scott, I appreciate you being with me today.

Farron Cousins:                  It is. You know, Smashburger not something we actually have down here in the South, although it is something, you know, you travel a lot, you see these, these places. They’re now facing a lawsuit because they, they’ve advertised that some of their, their bigger burgers are more beef, more everything, but this lawsuit says that’s not exactly the case. Tell us what’s happening.

Scott Hardy:                          Sure. So Smashburger as a lot of people across the country know is a very, very fast growing franchise of the casual fast food atmosphere where you walk in and make your hamburgers fresh and I have to say they are very tasty burgers. So I was really sad when I saw Smashburger. We’ve got a lot of them here in Phoenix and to see this class action where they have their triple double burger, which is supposed to be tripled the cheese and double the meat, and mmm mmm good. And I’m sure it’s very tasty as all their food is.

But the, the class action alleges that even though it might actually be triple the cheese, maybe, the double the meat is just two patties. But instead of actually doubling your meat, if you got a regular Smashburger Burger, they take the regular Smashburger patty and just cut it in half and then they smash both of those little guys right there and give you your double burger, which, you know, technically is a double cheeseburger, but it sure doesn’t sound like double the meat to me.

And if this is actually true, you know, it’s, it’s a bit disheartening that you would have such a successful franchise that is already growing by leaps and bounds all over the country and they feel that they might have to go ahead and cheap out a little bit to make a double burger. It really surprised me frankly.

Farron Cousins:                  You know, and a lot of people I’m sure probably see this and say, okay, well you know, they, they’re cutting the patty in half, you’re still getting the two patties. But the problem is that you’re being charged as if there is more meat, you know, double the meat, which is what they’re claiming is having, double the beef. That is the actual advertisement. That is the slogan. That is what they’re telling you you’re getting and you’re paying a premium for that. And so any consumer out there that believes that they are paying for something, you know, because what the company says you’re getting, you’re entitled to that thing for which you are paying extra.

I’m sure if a lot of people out there had known that, oh, well this isn’t actually more meat, it’s not technically more food. Why would I spend more money on this when there is an alternative? You know, even if it’s just a different Smashburger and that’s where these issues arise, you know, it’s not just, oh, I’m not getting as much beef as I had wanted. It’s, I was duped into paying more for product x when I should have just been buying product y saved money and essentially gotten the same thing. Right?

Scott Hardy:                          Exactly. And as Pink Floyd like to, used to say, you know, you can’t eat your pudding, if you don’t eat your meat. Well unfortunately don’t even get your double meat here. So I don’t know if Smashburger is going to get their pudding, but the class action, will go ahead and figure out exactly if they are, you know, violating the law. I’d be very shocked to see this one go very far.

I think the PR by itself is really hurting Smashburger, which has a very positive image in the press and among their fans. So I think that they’ll want to settle this quickly and ideally send out a whole bunch of free triple double burger coupons to their biggest fans out there who may feel that they had been duped by this marketing push for double the meat when it’s just a regular old patty but split in half.

So hopefully they’ll, they’ll do the right thing here. Again, sounds pretty easy to both fix and make amends. So hopefully that’s what we see happen. If anybody needs any more information about this particular class action, you can follow the link in the description of this video. Head on over to topclassactions.com and get all of the information that you need. Scott Hardy, Top Class Actions, thank you for talking with us today.