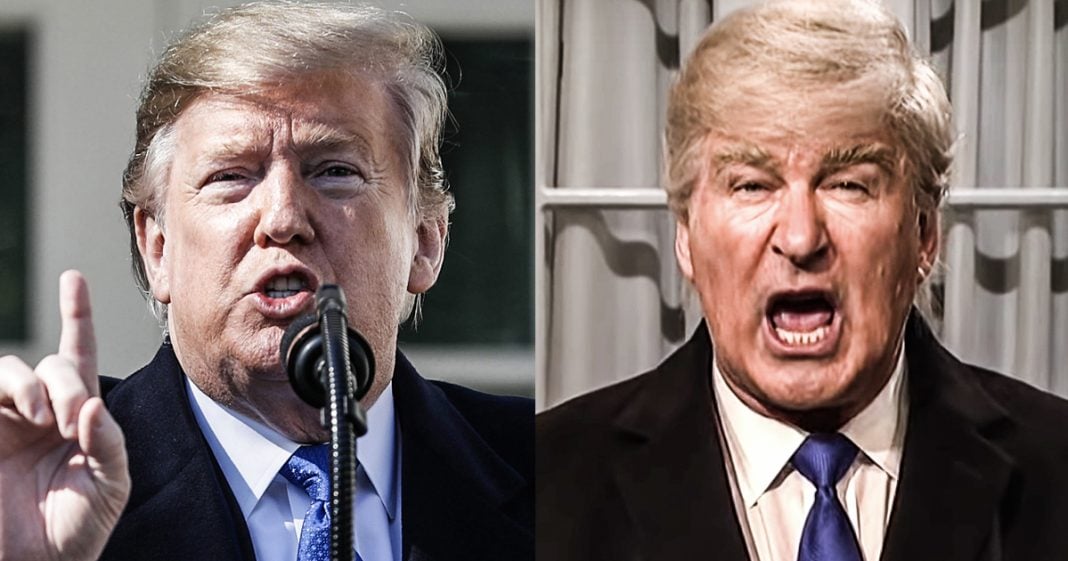 Donald Trump is furious that Saturday Night Live has the audacity to make fun of a sitting president, and he believes that there is some sort of “collusion” between SNL and the Democratic Party. On Sunday, he said that someone should “look into” possible collusion between SNL and his political opponents because apparently he has nothing better to do. Ring of Fire’s Farron Cousins discusses this.

That is what Donald Trump believes according to not just this tweet, but he is actually tweeted out in recent months that there’s obviously collusion between Saturday night live and the Democratic Party. Now, I’m forced to assume at this point that Donald Trump has never actually seen Saturday night live prior to ever becoming president of the United States because since the show’s inception and I believe 1975 they’ve literally made fun of every single sitting president during their entire tenure on the air. Every single one of them has been made fun of. They have made fun of Democrats. They have made fun of Republicans and not just the presidents, but politicians have higher profiles. They make fun of everyone because it’s funny because it’s topical because it’s the news of the day and that is what they’re supposed to do. Sometimes it is funny. A lot of times it’s actually not that a clever nonetheless, there’s no investigation needed here.

Just because you got your little feelings hurt because you’re giving rambling press conferences that are very easy to make fun of. That doesn’t mean that SNL is actively working with the DNC or any of your political rivals. You know, a couple of days ago, Trump tweeted out that the democrats need to lighten up. You know, they need to chill out a little bit. Everything’s going great. Why so angry all the time? And then here he is, just four or five days later, getting triggered by an episode of Snl to the point where he actively called for an investigation to make sure that that program is not working for the Democratic Party.