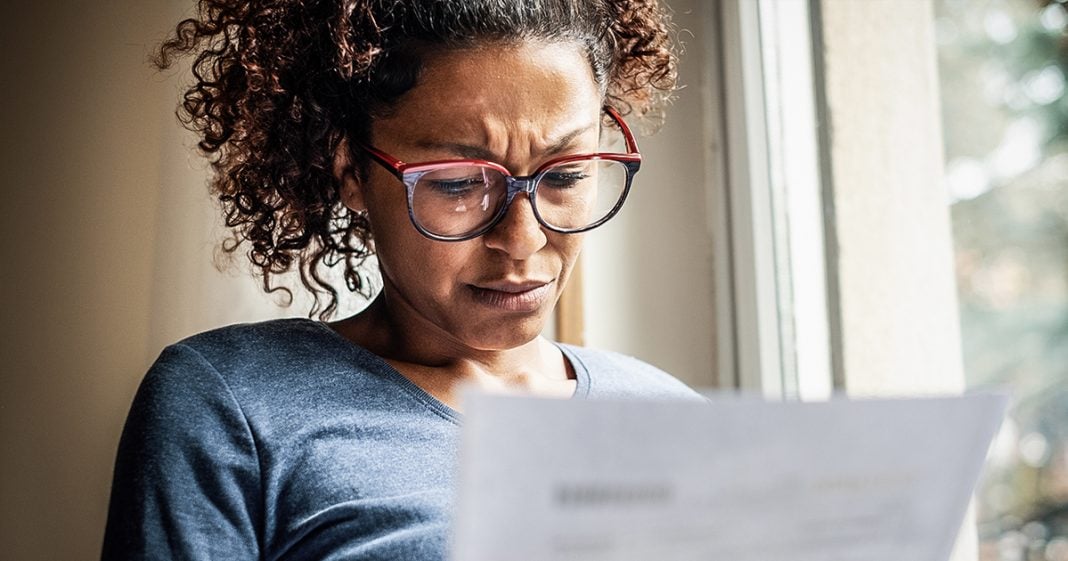 More and more people have begun filing their 2018 taxes, and nearly 10% of them have noticed that their refunds have gone down. That doesn’t even include the number of people who have gone from receiving a refund to owing the government, in spite of the fact that their income didn’t change at all last year. People always get angry when you attack their wallets, and Trump and the Republicans are going to feel the sting of this one in 2020. Ring of Fire’s Farron Cousins discusses this.

Well, more and more people continue to file their tax returns, most of them working class folks hoping to get that refund that they get every year and so far more than 16 million Americans have already filed and completed their taxes. I’m very envious of those people because I haven’t even started. I’m very terrified to do it. And here’s why. Of those 16 plus million people who have filed their tax returns already, nearly 10 percent of them said that their refund has gone down even though their income did not go up in 2018 to put it another way, almost 10 percent. We’re at about eight and a half percent actually. Uh, their income didn’t go up, their expenses didn’t change. Basically 2018 was a carbon copy of 2017 and yet they owe more money or they get less money back then they did in 2018. And I can’t even say they owe more money because all that eight and a half percent say is that their refund amount went down even though everything else stayed constant in their income.

Another 24 point three percent aren’t getting a refund at all. And in fact found out they owe money this year. So when you add those two together, we’re at about 35 percent, one third of working class people here in the United States who have already filed their taxes that are either getting less money or they owe money. Whereas in the past they would have gotten money back and this is 100 percent the result and the design of the Republican tax cut that was passed at the end of 2017. You see middle class people working class people, even the underclass of people here in the United States, they took away what we can deduct from our taxes. They took away a lot of the benefits that we could use to help reduce the amount we would owe or to increase the amount we would get back. And I’m not talking about massive increases going from like a $2,000 refund to a $4,000 refund.

Know what I’m talking about is maybe going from a $2,000 refund to a $2,300 refund. Because believe it or not, for a lot of us here in this country, that extra $300 would make a world of difference. That $300 might be a medical bill that’s been sitting on your dresser for nine months. And I say that because I know that because I got one, it’s been sitting there collecting dust because I can’t touch it yet, but at the same time we’re getting screwed and we’re owing more or receiving less because they took away our benefits. They took away teacher’s ability to write off supplies that they buy for their own classroom out of their own pocket. We can’t write those off anymore, but you know what can be written off, uh, the cost of a private jet. So if you bought a private jet, you can actually write off almost, depending on how much the jet cost up to 100 percent of the cost.

I have a private jet, but teachers can’t write off buying a new globe for their classroom. But you know, somebody like Jeff Bezos or Bill Gates or Warren Buffett or Sheldon Adelson, they can write off their new private jet. If they bought one last year, they can because that’s how the tax system in the United States works and you wonder why so many people start to hate this system, why they love the idea of socialism, because what we’ve got going on right now isn’t working. It’s not. It’s working for the top one percent. Bernie Sanders has said that a lot recently and he’s right. If you’re in the top one percent than hell. Yeah. Things have never been better. I mean, getting to write off the cost of a multimillion dollar private jet, it doesn’t get any more disgusting than that.

The 99 percent, we’re getting screwed. We’re getting screwed in every possible opportunity. We’re not getting the tax cut. Not at all, not even a little bit in the American public is waking up to that. They understand that and millions upon millions more are going to understand that when they file their taxes in the next coming weeks, but the wealthy elite aren’t going to have to deal with that. They’re going to be more concerned about, oh, did I? Did I remember to write this thing off? Oh, do I get to pay $0 like Netflix did in taxes last year? We’re the ones getting screwed. We’re the ones making up for the lost tax revenue that is being used for this massive one percent tax cut. Everybody. The most important thing you can do right now is to not forget that because if you forget about that or if you let it go, or if you say, well, you know what? That’s not that big of a deal.