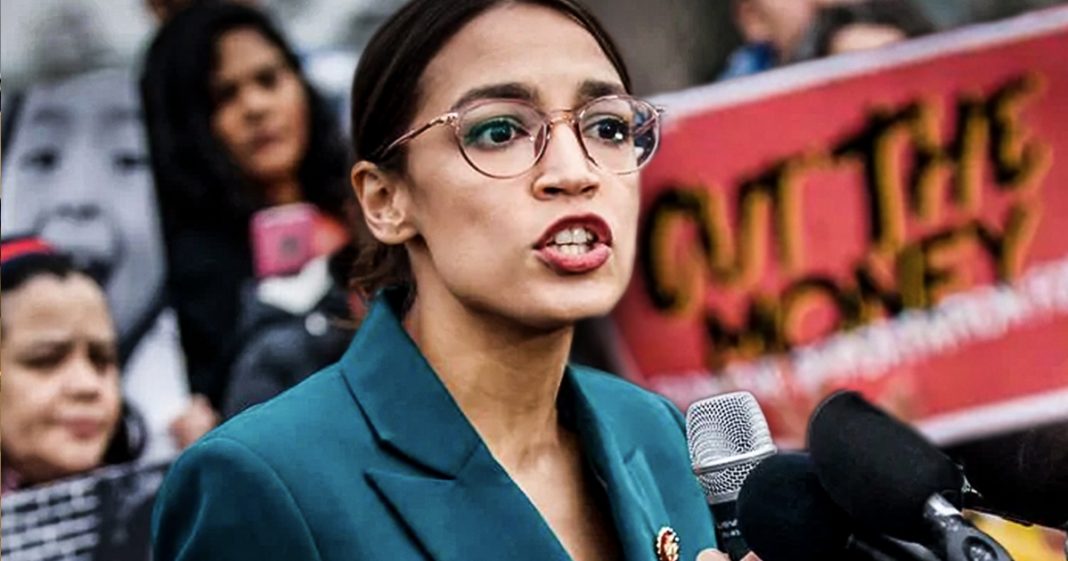 A bank lobbyist told Reuters this week that the bank lobby is absolutely terrified of meeting with Representative Alexandria Ocasio-Cortez because they feel like they would be talking “to the FBI.” What they mean is that she isn’t shy about exposing what’s really happening in DC and they don’t want their dirty secrets revealed to the world. Ring of Fire’s Farron Cousins explains how Ocasio-Cortez is changing the game in DC.

According to a new report from Reuters bank, lobbyists are absolutely terrified to meet with representative Alexandria Ocozzio Cortez because they said that talking to her is almost like having to talk to the FBI now. Ocozzio Cortez now sits on the financial services committee in the House of Representatives, so she is naturally a person that bank lobbyists would want to go and talk to. She might be the one writing new rules and they need to make sure that they can put her in their pocket, except that they understand what somebody like her, they’re not going to be able to do that. And more importantly, the reason they’re so terrified is because she has no problem whatsoever. Exposing the rampant corruption that takes place inside the halls of Congress. Typically at the hands of lobbyists, I mean just earlier this week, she tweeted out a photo of a bunch of homeless people sitting there in line waiting to get into a hearing that had been paid by lobbyists because it’s first come first serve.

So they pay these people to go stand in line for them so that they can be the first ones in. She has absolutely torn the mask off of Washington. DC is specially when it comes to lobbyists talking about the meeting that they were forced to sit in, where the lobbyists got to introduce themselves and give them a bit of an orientation, which is something that should never happen in this country. But it did and she told us and so now we know about it and that’s why they are so terrified. Now. She has said that she is more than willing to sit down with these people. It listened to them and possibly work with them to come up with responsible regulations, but she’s not going to sit there and do whatever they tell her to do. As she says, they already have too many sympathetic ears in Congress.

They don’t need another one and she’s absolutely correct. In fact, I would go further and say that they don’t need any of them. The big banks are what drove the financial meltdown of 2007 their greed, their incompetence and their criminal activity and yes, we do know that they were engaging in criminal activity. It’s just that none of them went to jail. Instead, they all got popped pretty hard in civil lawsuits, some of which are still ongoing today. But nonetheless, these bankers have dug their own graves here. So if they’re terrified of not just a Qosmio Cortez, but this new crop of progressive’s in Congress, which the entire Reuters article was about that how they don’t know who to turn to because they’re so panicked, then that’s a good thing because are years of being coddled in Washington DC and paying off politicians to get the regulations they want. Those days are coming to an end and they know it. So they should be scared and they should continue to be scared until they change their practices and start acting like moral companies. Once they do that, they’ll have nothing else to be afraid of.