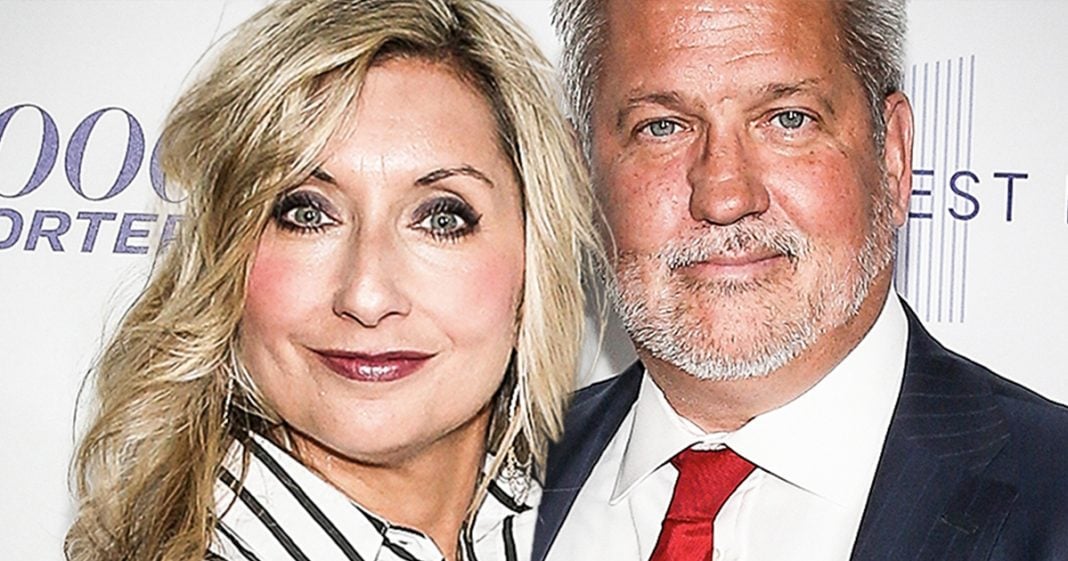 In a Twitter rant this week, Darla Shine, the wife of Trump’s Deputy Chief of Staff for Communications Bill Shine, said that the recent news about the measles outbreak is way overblown and that we should “bring back our childhood diseases” because they prevented us from getting sick. Not only is Shine wrong about her assessment, but her unhinged tirade shows just how crazy those closest to the President really are. Ring of Fire’s Farron Cousins discusses this.

Darla shine the wife of bill shine, who just happens to be the communications director for the Trump White House. Went on an unhinged Twitter rant yesterday. Apparently after watching a clip on CNN that triggered her so much that she actually ended up calling for the return of her childhood diseases. Uh, here is what Miss Shine tweeted out. Here we go. Lol. Measles outbreak on CNN, the entire baby boom population alive today had the measles as kids bring back our childhood diseases, they keep you healthy and fight cancer. Um, I don’t know what Darla shine has a degree in, but I’m going to go ahead and assume that it’s not an internal medicine because yeah, guests, what? Darla, I don’t know if you’ve been paying attention to medical statistics and cancer rates in the United States, but as it turns out, baby boomers can and do in fact get cancer.

Whether or not they had measles as a child or any of these other childhood diseases that you’re clamoring to come back. Um, they still get cancer. In fact, uh, it’s one of the top three I believe, killers of not just that generation, but American citizens in general. And so you’re going to sit there, it say that, dammit, all these people need measles so that we don’t get cancer later in life. Um, it would be awesome if that’s how it worked, but unfortunately it’s not. Now, to the other point, I guess Darla is also sitting here telling us that we should all be anti vaccs. Everybody needs these diseases. Let’s get as many kids sick as possible because all it’s going to do is tough. And I’m up, right? Well, no children under the age of five and actually anyone over the age of 30 are incredibly susceptible to the worst effects, including death from catching something like the measles, which yes, there is an outbreak right now, uh, in the northwest because the rate of vaccination continues to drop in those areas.

And that’s all based on things that aren’t actually science. The scaremongering of the anti vaccs crowd that has no basis in actual science. They’re believing one guy who was widely discredited, proven to falsify information, stripped of his medical license, and they somehow think that that dude who is a national and international disgrace at this point is correct. Well, that’s not how it works. And those people that we have catching measles, losing their hearing because of it possibly losing their lives because of it. That’s not a good thing. Darla, she later went on to tweet after everybody on Twitter told her how stupid she is. She said, was waiting for the left to come after me. As soon as I retweet a fact about Hashtag vaccines, they come after me, bring it on. You didn’t state any facts. You said stupid jibberish and everybody calls you out for it.

Don’t sit there and act like, yeah, I’m so tough. Bring it on. You’re getting decimated. You’re getting ratioed. Everybody is telling you what a moron you are and that science disagrees with everything you have to say and you’re standing there as if you just won some kind of combat. You are losing. Do you understand that? And the saddest part is I don’t think she does. I honest to God, don’t believe that this woman has enough intelligence in her to understand that not only is she wrong about all the facts, but that everyone in her comment thread is making fun of her.