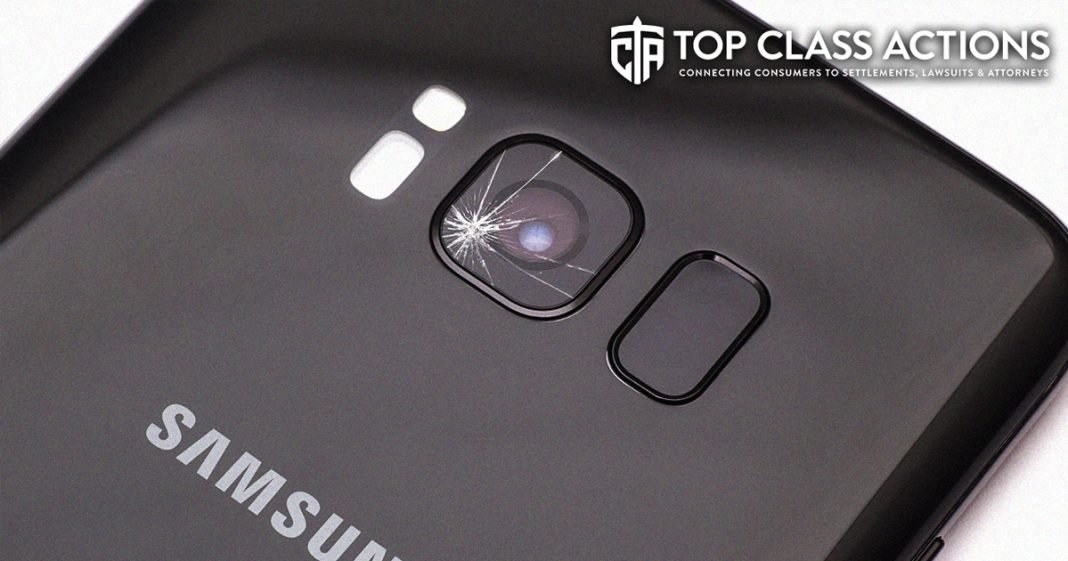 Samsung argues that a smartphone owner included in a shattering phone camera class action lawsuit should have her claims arbitrated because she didn’t opt out of the arbitration agreement with the phone carrier. The plaintiff reportedly signed an arbitration agreement when she got her Galaxy S7, meaning that she is required to go through that legal process. The technology company says this means her claim must be removed from the Samsung class action lawsuit and held until the arbitration hearings are complete. Ring of Fire’s Farron Cousins discusses this with Scott Hardy from Top Class Actions.

Farron Cousins:                  More and more often these days, corporations are turning to arbitration to prevent any massive lawsuits from coming against their company when they put out a defective product and given the amount of defective products that we’re seeing in this country today, those arbitration clauses that some of us are signing without even realizing it are probably saving corporations a ton of money. So what happens when we actually need to hold them accountable? Well, unfortunately one plaintiff and actually many plaintiffs throughout the country, to be honest, is finding out the hard way that it’s very difficult to overcome those arbitration clauses.

Joining me now to talk about what’s happening is Scott Hardy from topclassactions.com. So Scott, there’s a story on topclassactions.com about Samsung. Samsung’s got a phone, it’s got the, a lens for the camera. Seems to shatter out of nowhere. There is a class action about it. And one woman right now, at least one I should say, is having trouble getting into that because of an arbitration clause that the company had her sign. Tell us about this issue.

Scott Hardy:                          Yes. The mandatory arbitration clause, it’s such a problem for consumers nowadays because whenever you go ahead and you’ve got the 15 or 20 pages of your user agreement, when you get a new electronic device like a Samsung Galaxy S8 or an S7 or a Note8, you have to agree to these user agreement to typically use the phone at all. So people naturally just go ahead and say, yes, I agree. Well, in that is the small print that says, if you have a problem with this product, you will not file a class action against Samsung.

You will file for an individual arbitration, meaning that it’s you, yourself against a multibillion dollar corporation. What could go wrong for the consumer? Come on. So you have these consumers now who are locked into these agreements and they’re trying to be involved in a class action because you, you know, you’re not going to go and sit in Samsung’s office in Korea and over a, you know, a $150 problem.

Even though the arbitration agreement tries to force that, no, you are going to go into a class action and try to represent everybody who was impacted by it. But, so this, a push for arbitration by Samsung is just another way to try to get out of a class action and take away consumers’ rights even though we’re seeing that this lens over the camera is breaking without, you know, it’s not getting dropped.

It’s just a manufacturing defect that Samsung may allegedly have already known about, but they’re still fighting the class action so they can save some money and not take care of their customers. At least that’s the way it appears from this class action.

Farron Cousins:                  Right, and actually, just to correct myself earlier, I said she was trying to join the class action and may not be able to. What’s actually happened was she joined the class action and Samsung is actually trying to have her removed from it because she had signed this arbitration agreement. So I just wanted to clarify. I had gotten that kind of backwards to begin with, but nonetheless, you know, you really hit it there with the fact that these arbitration clauses, a lot of times it’s over, you know, when you have these class actions it’s because there was a $50 problem or $100 problem, sometimes even less than that, and that’s not exactly something that the average person is going to go hire a lawyer for $300 per hour to go represent them in court.

You know, you lose money after the first 20 minutes of that meeting with the lawyer to explain your case. By the time you finished saying that you’ve already paid out more than you could possibly recover. And that’s the power of class actions. This is what that is designed to avoid. You know, so you don’t have to pay even, you know, a very inexpensive lawyer. You still would lose a lot of money on this issue.

And so it’s a lot easier when you can, you know, fill out the forms, show your receipts, show that you had this issue where you were duped by company A or company B for x amount of dollars without having to go sit in an attorney’s office, take a day off work, take another day off work for an arbitration. Corporations, know you won’t do that. That’s the other side of it. They know you’re not going to do it. So they have even more incentive to say, you know what, we’re going to tack an extra $5 a month off your bill.

You know, just put it on your bill, you’re paying us $5 extra a month. And if you get mad, we’ll take it off. But if not, you’re not going to sue us for $60 a year. You’re not going to sue us for $120 after two years. But we did it to 10 million people. So that $5 becomes $50 million a month. And we’ve actually seen that. Actually, I believe it was AT&T was doing that to a couple million users, but arbitration, those people lose their money.

No, you can’t file a class action on behalf of everyone else we may be actually screwing over. No, you’ve got to come to Europe on your own and fight us in our home office here and good luck. And thankfully the Supreme Court said, no, come on, that’s not, that’s not realistic. But we have to continue to try to fight these mandatory arbitration clauses because otherwise consumers will just get completely thrown out the window.

And even though I’ve had some friends say, well Scott, the consumers will just stop buying their product, then that company will suffer. Sure they’ll suffer a little bit, but everybody, the hundreds of thousands of the millions of people who have that defective product are stuck with something broken and they can’t get it fixed. No, you’ve got to have the class action in place so you can get these consumers taken care of and have them represented by someone qualified to fight a multibillion dollar corporation. Because I know I’m not, but thankfully the people that we work with are.

Farron Cousins:                  Absolutely, and you know it, it is interesting because you do see people like, well, I just won’t buy their products anymore. Well listen. You know, we’ve seen a lot of people say that about Amazon because Amazon’s horrible policies when it comes to treating their workers fairly, paying them well, and yet the outrage subsides. You know, we cave as consumers a lot faster than the corporations do. And the corporations know that they can wait us out two or three months or six months or even a year.

They’re going to be fine, but we’re going to realize like, dang it, I’m spending too much money on this product. It was cheaper over here or this product I got instead of buying the one I’m boycotting, this is inferior. I’m going to go back. This is why we have to hold the corporations accountable in court. Boycotts are great, don’t get me wrong, but if you want real change to happen with these corporations, you got to squeeze them where it hurts and that’s in the pocket book.

And honestly that is one of the reasons why what you do with topclassactions.com is so important because there are so many issues and you and I have talked about this. I’ve had light bulb moments as we’re speaking. There’s so many that I personally qualify for that I didn’t even know about. So I, I hope everybody who is watching this does take the time. Go to topclassactions.com.

Scroll through, I promise you, you’re going to find something that you have, like I did, one of those light bulb moments where like, oh my God, that happened to me. Scott Hardy, topclassactions.com. I appreciate everything you and your organization do and thank you for taking the time to talk with us today.