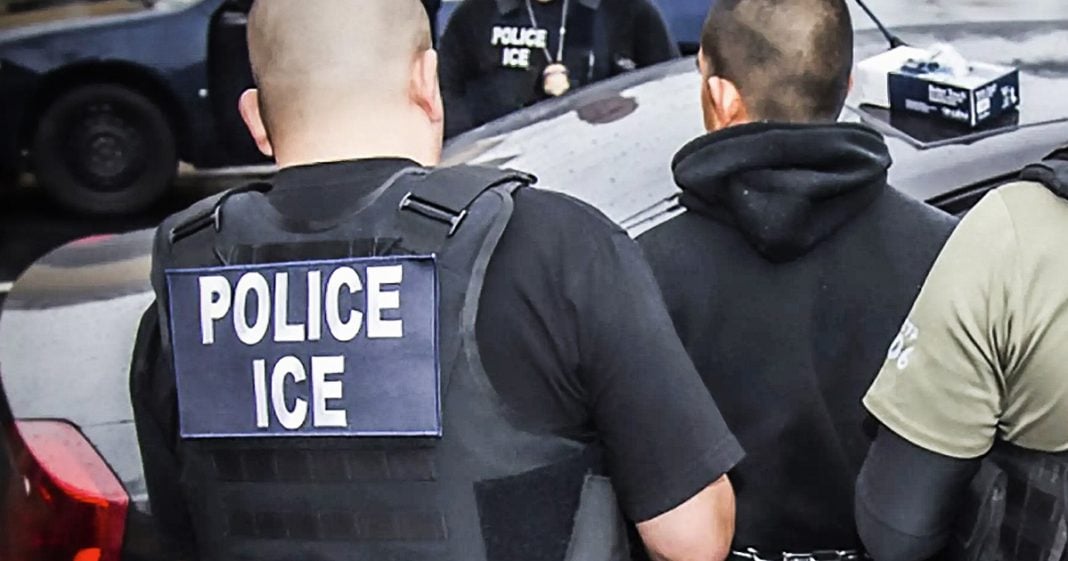 ICE agents have been carrying out massive raids in states and cities all over the country in recent months, and after a recent raid in North Carolina, an official with the agency said that these raids are “the new normal”. This can’t be normal and we cannot accept that this is what this country is going to be from now on. We are repeating other country’s histories on our own soil, as Ring of Fire’s Farron Cousins explains.

This past weekend, ice agents went to the tiny town of Sanford, North Carolina and carried out a massive immigration raid. They were looking for undocumented immigrants who are in this country illegally and they found quite a few, you know, dozens upon dozens in this raid, but it’s not just that the raid took place. That’s disgusting. We have seen more and more of these raids popping up over the last year. What’s disgusting is the little press conference thing that the ice officials gave after this raid took place where they told us that this is the new normal. This is what they’re starting to do. More and more, invade these small towns all over the United States

to carry out these raids and try to find as many illegal immigrants as possible so that they can deport them. The new normal is what they told us this is going to be, and part of the reason they said is because they’re not getting any cooperation from local law enforcement. You know, cops aren’t going through and seeing if the person they arrest is an undocumented immigrant and then turning them over to ice, which forces ice according to them to have to come in there and carry out these raids and take care of all the illegals because police just aren’t helping them out was it turns out there’s a good reason police aren’t actually working with them because it’s been proven in city after city across this country that when law enforcement officials in a city start to cooperate with ice, undocumented immigrants are far less likely to come forward and one act as a cooperating witness if they’ve seen crimes or to report crimes that happen against them. And three, that results in increased crime against undocumented immigrants. Those are facts and law enforcement officials and even if their right wing law enforcement officials, they understand that. And so that is why a lot of them choose to not sign into these programs to work alongside ice within their cities. It actually makes the crime rates go up,

but ice doesn’t care. Ice has one goal. Get as many brown people out of the United States as possible, as quickly as possible. Hell, that could be their slogan at this point. And this is the new normal according to them. I mean, honestly, we’re at the point of papers. Please. We are repeating other countries’ histories here on our own soil in the United States.

I don’t want to sound like one of those people like, well, this is how it starts. But seriously, this is how it starts. Folks. Go back and read your history. Go back and find out what was happening in Germany. You know, the raids. Trying to find out who was what, what nationality are you? Oh, you’re the one we don’t like. You’re coming with us and we’re doing the same thing in the United States today. And according to ice, his own words, this is our new normal here in the United States.